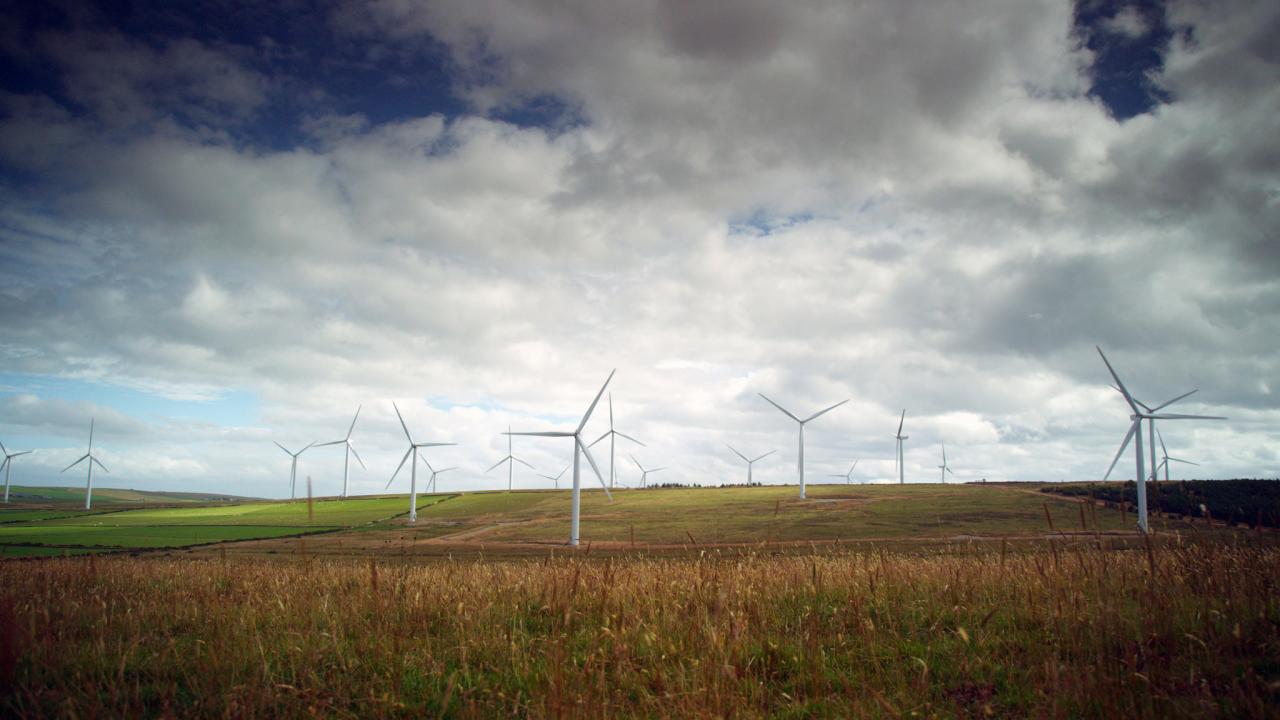 BUILDING RENEWABLE ENERGY LINKS can provide a boost to the Scottish and Irish economies, according to industry leaders in Dublin today (Monday 28 November).

Leaders of SSE (Scottish and Southern Energy) and Irish firm Coillte met with Nicola Sturgeon and Irish Minister for Communications, Climate Action and Environment Denis Naughten in Dublin at their joint Galway Wind Park project south of the capital.

Renewables development has surged across Europe over the past decade, especially in Scotland, which has unrivalled potential across wind, wave, and tidal sources.

SSE Finance Director Gregor Alexander hailed his firms over 2 billion euros of investment in Ireland as “invaluable economic, social and cultural links” between Scotland and Ireland.

“In Ireland today, there is a health debate around the future of wind energy and ensuring local communities benefit from their development Scotland has led the way in this regard with innovative models for community involvement in wind farm developments,” Leamy said.

Developing energy links has featured regularly on the agendas of the British and Irish Parliamentary Authority, which includes the Irish and Scottish Governments.

Supporters of the industry want greater investment from governments to expand jobs and production. Thousands of jobs have been created in renewable energy, especially as part of large scale wind farm projects.

The Scottish Government has also criticised Westminster’s lack of support for the renewables sector, which has suffered grant cuts at the same time as billions is poured into the expensive Hinkley nuclear project.

When completed Galway Wind Park will be the largest onshore wind farm in Ireland.

First Minister Nicola Sturgeon said the project was a “fantastic demonstration of the strong collaboration between Scottish and Irish enterprises.”

The media event with the renewables sector is one of the first meetings for Sturgeon in her two day visit to Dublin building on Ireland-Scotland relations.

Sturgeon early met with President Michael D. Higgins at his residence in Pheonix Park, although no journalists were given access to the event.

Discussions in Dublin between the respective governments takes place in the shadow of Brexit uncertainty, with concerns on either side of the water over the economic and political consequences of any EU exit.

The European Single Market has been a key driver of continent wide collaboration on renewables projects.

Proposals for a European super-grid seek to connect the high potential renewables sources by the North Sea to Norway, and onto continental Europe.

The North Sea Offshore Grid was proposal by the European Commission in November 2008 and would have involved Germany, the UK, France, Denmark, Sweden, the Netherlands, Belgium, Ireland and Luxembourg.

However, the future of such schemes is in doubt following the vote in England and Wales to exit the European Union.