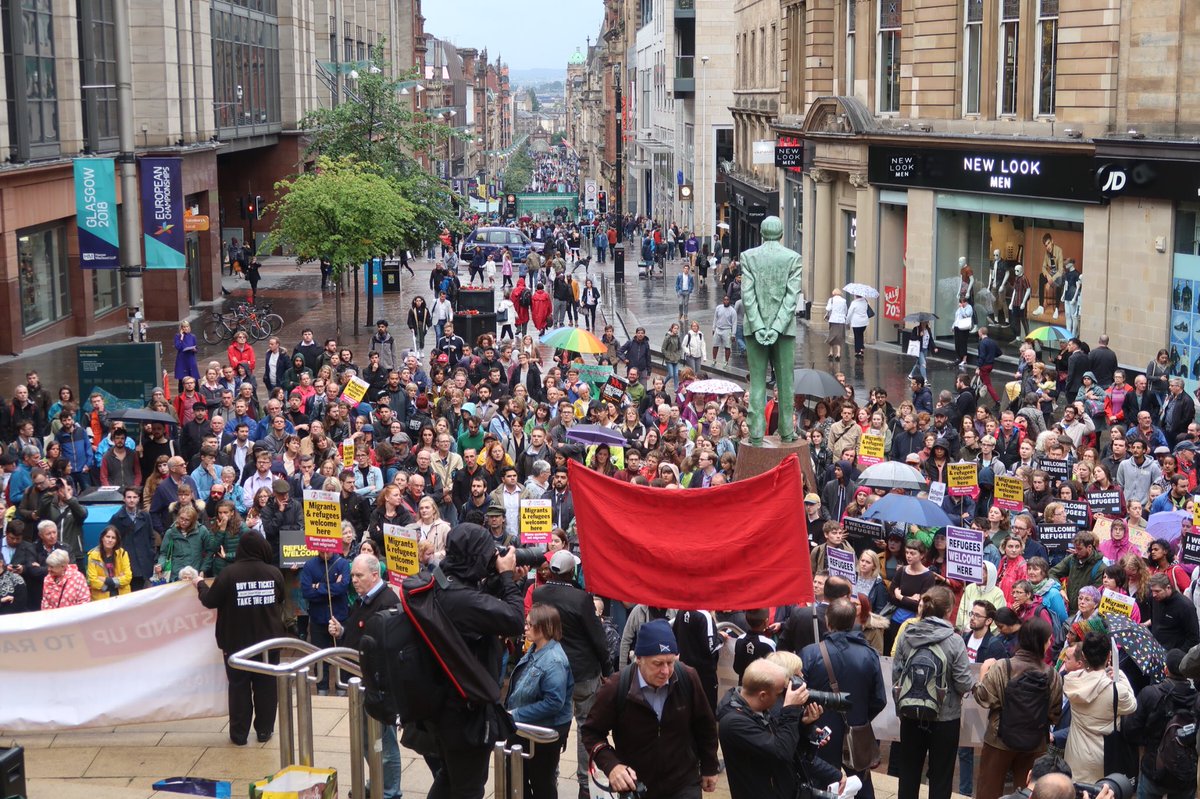 MORE SOCIAL ENTERPRISES are needed to stem the influence of “corporate greed and the dead hand of government” in the public sector, according to the representative body of Scots social enterprises.

The revelations that more than 300 asylum seekers are set to be made homeless by Serco have spurred a huge backlash, with hundreds gathering at Buchanan street on Tuesday [30th July] to protest. Politicians, housing bosses and religious leaders have all lined up to demand Serco and the government change their approach.

“Since the collapse of Carillion, the government has done nothing to address the failed experiment of outsourcing.” Social Enterprise Scotland spokesperson Duncan Thorp

Duncan Thorp, spokesperson for Social Enterprise Scotland is the latest to hit out and has called for an overhaul of public services to include new innovative independent social enterprises and an ending of outsourcing to private companies motivated by profit.

Speaking to CommonSpace, Thorp said: “The latest Serco debacle is yet more evidence of the cold corporate takeover of our public services. Since the collapse of Carillion, the government has done nothing to address the failed experiment of outsourcing.

READ MORE: ‘I am only Rahman from camp number 16’: The story of a ‘citizen of nowhere’ on hunger strike to keep the Serco wolves from the door

“However, we shouldn’t turn the clock back to state-owned services. Independent social enterprises can fill the gap, rejecting both corporate greed and the dead hand of government.

“Monolithic corporations that place shareholder profits before human need can never deliver for people or planet. We need strong public services underpinned by compassion not by corporate cruelty.”

The decision to lock the asylum seekers out of their homes arrived last week when the private housing firm, Serco, who provide accommodation for thousands of asylum seekers in Glasgow, were told by the Home Office that they would no longer pay rent on properties provided to those with failed asylum bids.

Two Afghan men, Rahman Shah and Irwais Ahmadzai, have also gone on hunger strike outside the Home Office at Brand Street in Glasgow after being told by Serco that they are to be evicted from their homes after being refused refugee status. Speaking to CommonSpace before his hunger strike began Shah said: “The people of Glasgow are so nice, you know that walking the street they are all so friendly.

“All I want is a human right, I only want the UK to help me find safety because I have nothing. No money, no food, no passport.”