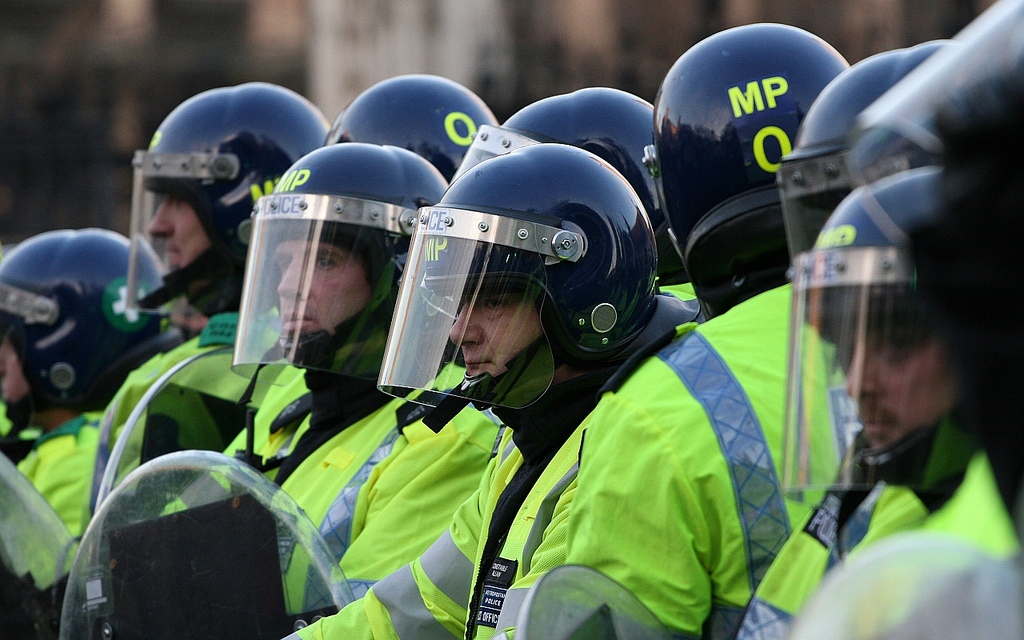 SCOTTISH VICTIMS of undercover police spies who targeted political activists are set to meet in Glasgow later this month to discuss their campaign for a Scottish inquiry into the scandal.

The conference comes as a controversial campaign by cosmetics company Lush to reveal the identities of spycops in an ongoing inquiry in England and Wales into undercover policing, and to extend the inquiry to Scotland.

Reports from victims show spycops were routinely used to infiltrate political campaign groups such as environmental campaigns and trade unions, often forming long term relationships and living double lives as part of political groups, sometimes going so far as to have children as part of their cover identity.

In 2014, then home secretary Theresa May set up an inquiry to assess the undercover operation of police spies in over 1000 political groups since 1968, but refused to expand the scope of the inquiry to outside England and Wales. The Scottish Government also refused to set up their own inquiry, insisting the UK Government should extend its investigation to Scottish policing.

The meeting in Glasgow, jointly organised by the Haldane Society of Socialist Lawyers and the Campaign Opposing Police Surveillance, will allow the general public to hear from victims and join their campaign for a Scottish inquiry.

Social justice activist Tilly Gifford, who was 25 when she was targeted at an environmental protest at Aberdeen airport and asked to spy on fellow activists, has been fighting a legal battle against the Scottish and UK Government over their decision not to extend the review to policing activity in Scotland.

“I was spied on and that has cast a long shadow over my life, but this has affected possibly thousands of others who were targeted too.

“It would be convenient for the authorities just to brush us off as ‘radicals’, but the reality is that most of those targeted were just ordinary people like blacklisted construction workers or trade union members,” said Gifford, who will address the Glasgow conference about her experience of officers from Strathclyde police attempting to recruit her as a spy.

The cosmetics company Lush launched a campaign on Saturday [2 June] to draw public attention to the issue and call for the names of the undercover officers to be made public. Campaigners also want the inquiry extended to Scotland.

The store fronts attracted criticism from politicians who said it was wrong for the company to attack ordinary police. Some stores were forced to close after staff experienced intimidation over the companies campaign. Campaigners insist their campaign is about the authorities which allowed the undercover activity to take place.

Doreen Lawrence, whose murdered son Stephen Lawrence was targeted by police spies, was a signatory to an open letter which defended the campaign: “This is not an attack on police; it serves to help all those in the police service who wish to uphold the highest standards of policing. For this we thank Lush for its support. We condemn those who have misrepresented Lush and our campaign and especially those who have sought to intimidate Lush staff. #WeStandWithLush”

The Scottish Government commissioned an “extrememly limited” review of the issue by Her Majesty’s Inspectorate for the Constabulary in Scotland [HMICS], which found “no evidence” of innappropriate behaviour by undercover police.

However, Gifford was scathing in her analysis of the HMICS report, which she told CommonSpace was insulting to victims as it amounted to the abusers policing the abused.

Scotland’s justice secretary Michael Matheson said he did not believe that the “evidence was sufficient” to justify establishing a public inquiry, despite his own review finding that prolific police spy Mark Kennedy, who had sex with numerous female victims while undercover, visited Scotland 17 times as part of his work.

“It’s not really about the individual officer who followed and spied on me, whats more important is the senior people who authorised it,” Gifford said.

“The lack of transparency has led to paranoia, and we just can’t be sure who was targeted and for what reason.”

The Glasgow conference will hear from Gifford alongside another victim Andrea, who was conned into a long-term sexual relationship by the undercover officer Carlo Neri in 2002. Lothians MSP Neil Findlay, who has led the campaign for a Scottish inquiry, will also speak at the conference on 23 June.

You can obtain tickets for the meeting on 23 June on Eventbrite.

If you think you have been a victim of undercover spycops, you can contact CommonSpace at media@common.scot or The Undercover Research Group in confidence.