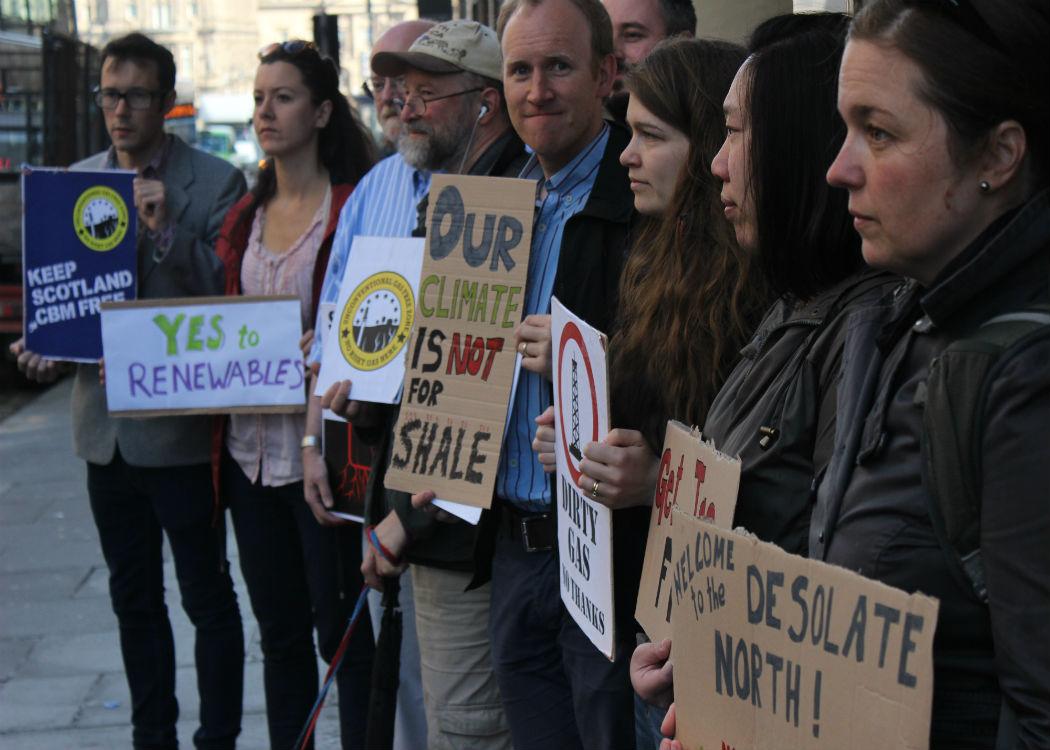 SCOTTISH anti-fracking protesters are set to launch a latest wave of demonstrations across the UK to protest unconventional gas extraction.

Demonstrations are planned for 30 sites across Britain on Sunday 31 January under the banner ‘No Fracking Way’, including Fife, Falkirk and North Ayrshire, Lochaber and Portobello in Scotland.
Fracking is a catch all name for a range of unconventional gas extraction processes which involve drawing fossil fuel gasses from underground. The techniques used in extraction are controversial due to evidence they emit toxic pollutants and can cause earthquakes and other seismic activity.

Explainer: What is happening with the SNP and Fracking?

Audrey Paudrey of Frack Off Fife told CommonSpace: “This is a publicity exercise for UK-wide regions who oppose all forms of UGE processes. We are urging our governments to ban all processes. The moratorium in Scotland should mean a standstill for all stages in the UGE process but has allowed a loophole for test-drilling; the first stage of the operations. Scottish communities are outraged.”
The Scottish Government extended a temporary moratorium on fracking in Scotland to include underground coal gasification in January, but campaigners, including many SNP members, want an all-out ban. Despite the moratorium, fracking companies have continued to explore Scottish sites in prepration for possible fracking.
Investigative journalism platform The Ferret has published the warnings of academic researchers that new loopholes in Environment Agency regulation could allow the use of fracking methods believed to cause earthquakes in the US in England and Wales.
A complete list of all the demonstrations taking place across the UK can be found here .
CommonSpace journalism is completely free from the influence of advertisers and is only possible with your continued support. Please contribute a monthly amount towards our costs. Build the Scotland you want to live in – support our new media.
Picture courtesy of Friends of the Earth Scotland
Common Space
Archive
Share Article: