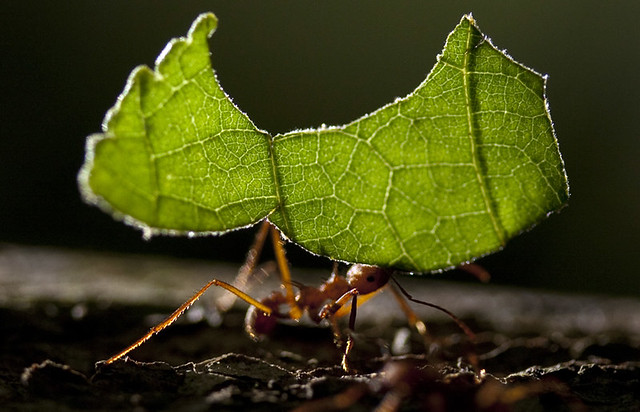 Scott Leatham (@Scott_Leatham), political ecologist researcher and campaigner, says that natural solutions must be part of any credible strategy to address climate breakdown

AS MESSAGES on climate breakdown and biodiversity loss dominate the airwaves, the emergence of a new form of denialism stalks the policy landscape: the delayer.

We don’t need to convince governments, for the most part, or local authorities, or other bodies that climate change is real, or that biodiversity loss imperils our life-support systems. That the First Minister has just announced we are in a climate emergency is a welcome sign of that. But we have endless speeches, statements, social shares and assurances they care. We have words. What we lack are actions. The first thing the Scottish Government needs to do is end its support for North Sea oil – but that’s just the first step.

As Scotland considers what kind of transition is possible, what is permissible within the confines of our current system must be overlooked. Recent calls for a citizens’ assembly, from campaigners and now from the Scottish Government itself, have been proven to help do that. And natural solutions must be on the cards.

This ‘deliverability gap’ between rhetoric and action is one of the main hurdles we face. We’ve come out of the long night of avoidance and ignorance and entered a strange twilight where we know exactly what’s wrong, we’ve measured and observed the crisis, but rather than take action we’ve dug in deep. We urgently need a new way of acting, not a just a new way of talking.

In 2002, French president Jacques Chirac said the house is burning but we are blind to it. Two years after the Paris Agreement, Laurent Fabius, the famed French diplomat largely responsible for it, said that “we are no longer blind, but the house is still burning”. What’s more, we know how to put it out – it’s no longer a technical problem, it’s a political and social one.

Natural solutions bridge the gap between biodiversity and climate change policy. They’re about harnessing the natural processes of complex ecosystems – restoring the planet’s ability to regulate. Of course, it’s nothing new: the environment has always regulated the climate. It shouldn’t be a surprise that when we significantly alter one, the other is affected, and that creates feedback loops. It also gives us a framework for action.

It’s clear that we need renewable energy, to reduce consumerism, to live within planetary limits. But too often we rely on our ability to innovate to make excuses for harming the environment. We pretend ecosystems exist to serve us, and we’ve forgotten that we’re just another species in a complex web. What we take out, like forestry and peat soils, deprives the planet of desperately-needed carbon storage. What we put back, like microplastics and greenhouse gas emissions, clogs ecosystems and strips them of their ability to function.

Natural solutions can do two broad things we desperately need. The first thing they can do is help us tackle biodiversity loss and mitigate climate change.

Agriculture is a great example of how we can do that. The way we produce food sustains us, but we can’t sustain it. However, ecological principles can be inserted into how we manage land, or ‘agroecology’, to restore balance. At present, our soils have fewer than 60 harvests remaining, and our pesticide use directly contributes to what scientists already call the sixth mass extinction – because as insects decline in vast quantities, so too does the rest of the food web. As our soils are depleted, their ability to store carbon is reduced. Scotland’s soils contain the equivalent of centuries’ worth of our annual emissions. Agroecology begins with these complex connections and looks for ways to rebalance them. Around the world, it often means dispensing with techniques that have been contingent on colonialism, and remembering age-old connections to the land.

When practiced well, existing frameworks like Conservation Agriculture can mean chemical use declines and becomes obsolete, bacteria and fungi return to the soils, their natural fertilisation increases. It involves doing little more than allowing nature to do what it has already perfected.

So, the first thing natural solutions can do is essential: grow trees, restore peatlands, connect green spaces up, reduce and remove chemical inputs. In short, allow the processes that store carbon, restore biodiversity, and shore-up ecosystems so they are resilient to change, to do so.

The second thing they can do is re-write our contract with nature. At present, one of the main ways we relate to nature is through the things we buy, consume, and throw back at it in ever-increasing quantities. We understand nature through the connections we make to it and the stories we tell about it. Our unsustainable system tells a particular story: that nature is just a resource, external to ourselves, to be plucked and used and discarded, seen from a distance or not at all. A thing ‘out there’ whose fate will ebb and flow as ours remains steady. We need a different story, because that one’s fiction and we’re pretending it isn’t.

We need to re-write our contract with nature, understanding ourselves as a part of it, understanding that to take from it unsustainably is to rob ourselves, and future generations.

Natural solutions aren’t technologically innovative – they exist now, and they’re proven to work. They likely aren’t especially profitable – they don’t need to be owned, and their benefits distribute widely rather than accumulate centrally. It’s a process not a product.

To leave readers with a message of hope, the IPCC says we have eleven years to tackle climate breakdown – what that means is we need fundamental change, quickly. Twitter only turned thirteen last month: change can be rapid. In ten years, we’ve changed how people communicate, even, for better or worse, how they govern. In the next ten, we can and must mobilise our efforts to change how we appreciate nature – not an endless resource to be exploited but a complex, closed system in which, and according to which, we live.