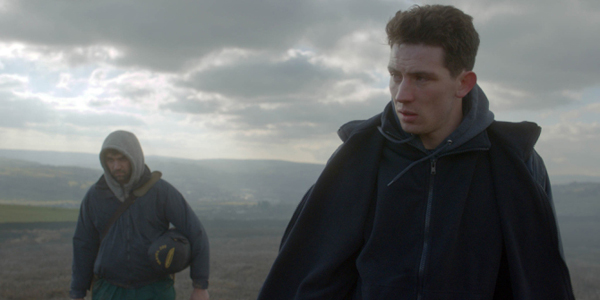 Scott Wilson checks in from the Edinburgh International Film Festival in between world premieres, red carpets, and a shocking amount of emails

THE life of a film critic is alright. On press days, we sit for about nine hours and watch a number of films in a row at a private screening.

It’s exciting as a film fan to see blockbusters and indie darlings before others, but there’s no substitute for a cinema packed with excited punters. It’s how Marvel keeps selling its shtick: because no matter the quality of its output, a showing that’s bursting with fans will always produce an electric atmosphere.

The 71st Edinburgh International Film Festival is still ongoing, and for a critic it’s not as simple as keeping one seat warm all day. At the start of June we received enough information to make fans of spreadsheets wet themselves, with upwards of 20 press screenings per day across a number of venues.

It’s actually no way to experience films properly. As Okja (reviewed next week, available now on Netflix) finished at 1:13pm, there was little time to digest what just happened before The Last Word began less than 10 minutes later. Recovering from a kooky and harrowing story about a girl and her super-pig while Amanda Seyfried tries to humanise a misanthropic Shirley MacLaine is tricky.

That the film doesn’t end with “now get up and go do that thing you always dreamed of!” over the end credits is remarkable.

The Last Word is for fans of sentimentality with a little attempt at something profound thrown in. MacLaine’s Harriet is skimming the obituaries in the local paper when she realises hers would be underwhelming, so she contacts Seyfried’s Anne, the writer of those obituaries, to help her seek out what it would take to improve her life in her twilight years. She doesn’t speak to her daughter, she has no hobbies, hasn’t done anything philanthropic, and so it becomes a reluctant buddy movie as Anne gets lumped with Harriet, a deeply unpleasant person.

The film has all the subtlety of being beaten over the head with a gravestone, but it doesn’t claim to be above that. Anne is a young woman hanging out with an old woman who has run out of time, panicking about making something of her life. That the film doesn’t end with “now get up and go do that thing you always dreamed of!” over the end credits is remarkable. It’s about mortality and potential, and for all its fluffiness, I adored it.

Other critics didn’t, which is fine. It’s not high art. It also works both ways – I struggled with God’s Own Country, the festival’s opening gala, while other critics have largely praised it.

Francis Lee has made a love letter to a time and a place: young adulthood and farming communities in the north of England. It’s a nice companion piece to The Levelling, with a similar theme of confusion living under the expectations of parents (dads in particular). It’s digitally spartan, with the young Johnny rarely being shown around technology despite being of the age where he should be glued to Tinder.

Referred to as ‘British Brokeback’, it’s a rural LGBT love story between Johnny and a migrant worker who stays on the farm for a week. Gheorghe is passing through, but happy to get his hands dirty. Johnny has cold encounters with a boy in the village, but what develops between him and Gheorghe is romantic and affectionate in a way he’s never experienced before.

Perched in the upper circle and abiding by the black tie dress code, it all felt a bit swanky.

The farming life is for hardy folk, and that’s reflected in the stoic mannerisms of the family. They don’t talk about their feelings or their problems. They’d rather take out their frustrations on the land and those around them than come to grips with something as silly as sexuality.

God’s Own Country really is authentic and awe-inspiring, but it’s not for me. In its earthiness and in its primal essence is a love story that’s cold, slow, and bleak. The harsh grey sky and the smeared dirt on bare skin left me feeling like the love we see was born from a desperation just to feel something.

But I do keep thinking about it, and my relationship with it may change. I know it’s worked for many other people so I can’t help but recommend it, and commend what Francis Lee has achieved with it.

The opening gala took place in the Festival Theatre rather than a cinema. Perched in the upper circle and abiding by the black tie dress code, it all felt a bit swanky. I even had to walk the red carpet to access the venue. As someone who slouches in their seat, I must admit I’m happier in a hoodie and in a more traditional setting, but the spectacle was quite something all the same. At least most people will watch Okja in their jammies.