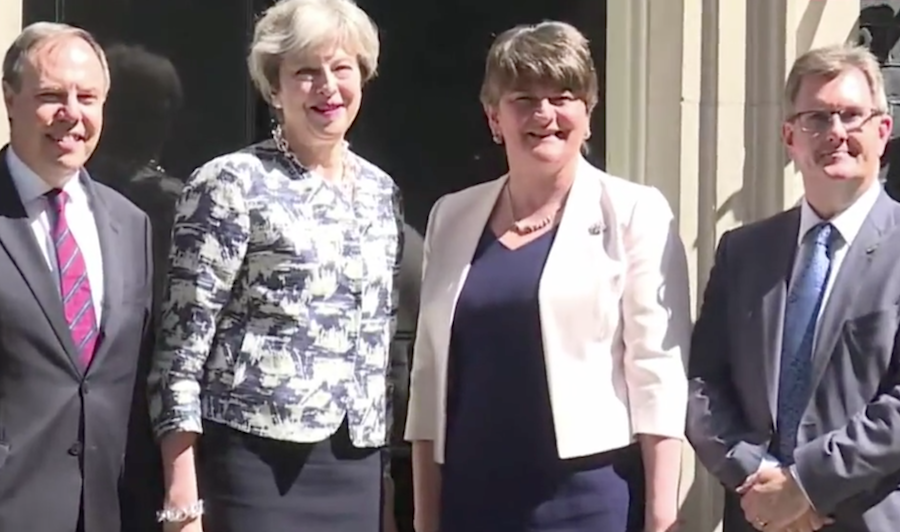 THE BILLION POUND DEAL for the Tories to gain votes from the Northern Irish DUP has caused consternation from political leaders in Scotland and Wales over a lack of equal funding.

Since the Tories were reduced to a minority government in the snap General Election, the DUP held out for weeks in negotiations to secure the support of its 10 MPs in crucial parliamentary votes. The eventual deal secured over £1bn in funds for Northern Ireland – but UK Government sources have refused to provide increased support for Scotland, Wales, or any city or region within England.

Welsh First Minister Carwyn Jones said the deal “further weakens the UK, and as currently drafted all but kills the idea of fair funding for the nations and regions”.

The “deal represents a straight bung to keep a weak Prime Minister and a faltering Government in office,” he added.

Criticism of the Barnett Formula – which allocates financial support across the UK and Northern Ireland – has long been an issue of frustration in Scotland, Wales, Northern Ireland, and England, for different political reasons.

However, the UK Government implement the formula on a non-statutory basis through the UK Treasury. The ad-hoc deal with the DUP is not, as of yet, being considered as spending that would lead to consequential funding implications for Scotland, England, or Wales.

First Minister of Scotland Nicola Sturgeon called it a “grubby DUP deal”, and claimed the result proved the lack of influence for the 13 Scottish Tory MPs.

Any sense of fairness sacrificed on the altar of grubby DUP deal to let PM cling to power, & Scots Tories influence in No10 shown to be zero

Scottish Labour called for “an immediate guarantee that Scotland will receive extra cash to end austerity”, while the Scottish Greens called for Tory minister David Mundell to resign over the DUP deal.

Mundell had claimed he “won’t support funding which is deliberately sought to subvert the Barnett rules”. The DUP deal specifically included top-up funding for devolved issues including health and education.