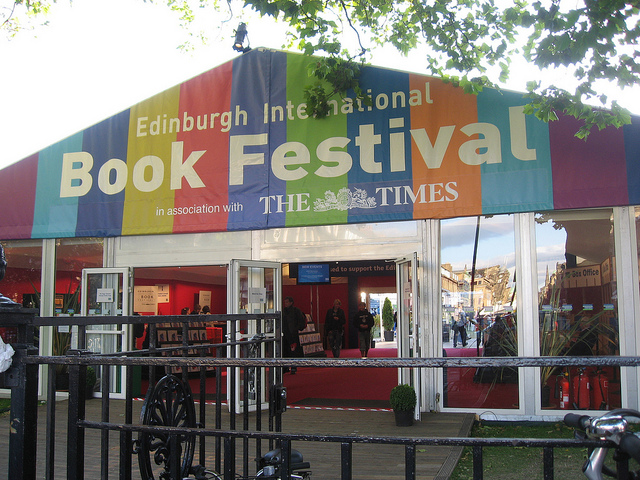 CREATIVE SCOTLAND, the Scottish Book Trust and the Edinburgh City of Literature Trust have joined widespread calls from Scottish writers and artists for arts funding to be protected and increased in the upcoming Scottish budget.

Earlier this month, in response to fears that the Finance Secretary Derek Mackay might impose cuts upon Scotland’s arts sector, over 100 prominent Scottish writers including Alasdair Gray, Liz Lochhead, Irvine Welsh, Alexander McCall Smith and Jackie Kay penned an open letter arguing that the Scottish Government should “increase funding for the arts and literature, for the good of everyone in Scotland”.

The letter continued to argue that “supporting literature is not a drain on the country’s resources: books make an enormous contribution to the country, financially and reputationally”.

“For most writers it is now not possible to make a living solely from writing. The average annual earning is around £5k.” Scottish Book Trust CEO Marc Lambert

Marc Lambert, CEO of the literature and literacy charity Scottish Book Trust (SBT), which was amongst the open letter’s signatories, told CommonSpace that the SBT would hope for: “A modest increase, in real terms, in funding for the arts. Aside from this – investment in NHS, Education and in social justice measures.”

Lambert continued: “For most writers it is now not possible to make a living solely from writing. The average annual earning is around £5k. Writers (and readers) also depend on a strong indigenous publishing industry that understands what its market is, and how to grow it. The demise of Freight publishing this year demonstrates there are urgent lessons to be learned, in terms of how this creative industry is supported, and under what terms.”

“In the face of cuts to arts funding, it’s important to remember that literature isn’t a sponge on our resources: as an industry it makes a great contribution to the economy.” Edinburgh City of Literature Trust director Ali Bowden

Ali Bowden, director of the UNESCO-linked Edinburgh City of Literature Trust, told CommonSpace: “In the face of cuts to arts funding, it’s important to remember that literature isn’t a sponge on our resources: as an industry it makes a great contribution to the economy, as well as bolstering the reputation of Scotland internationally.

“As the home of the world’s first UNESCO City of Literature, our writers and publishers build on our centuries old reputation for creating inspiring books, words and ideas, leading to a legion of publishing success stories.

“Books are a way of exploring ideas and understanding who we are. They spark joy, conversations and movements. Without government support, the ability to access the creation and enjoyment of literature would be limited. Support for our literary heritage keeps it accessible and vibrant, enabling it to continue as a jewel in Scotland’s cultural crown.”

“Reducing income from the National Lottery means that the budget we receive from the Scottish Government becomes even more critical.” Creative Scotland spokesperson

Creative Scotland, the development body for Scotland’s creative industries which replaced the Scottish Arts Council and Scottish Screen in 2010, is funded by both the UK National Lottery and the Scottish Government but has faced an overall drop in funding of £12m since 2014/15.

A Creative Scotland spokesperson told CommonSpace: “In our role as an advocate for Scotland’s arts and culture, we take every opportunity to communicate the value that public funding for the arts, screen and creative industries deliver for the people of Scotland, culturally, socially and economically. We also encourage people working in, or with an interest in, arts and culture to do the same.

“Reducing income from the National Lottery means that the budget we receive from the Scottish Government becomes even more critical, particularly for those organisations that we support through Regular Funding.”