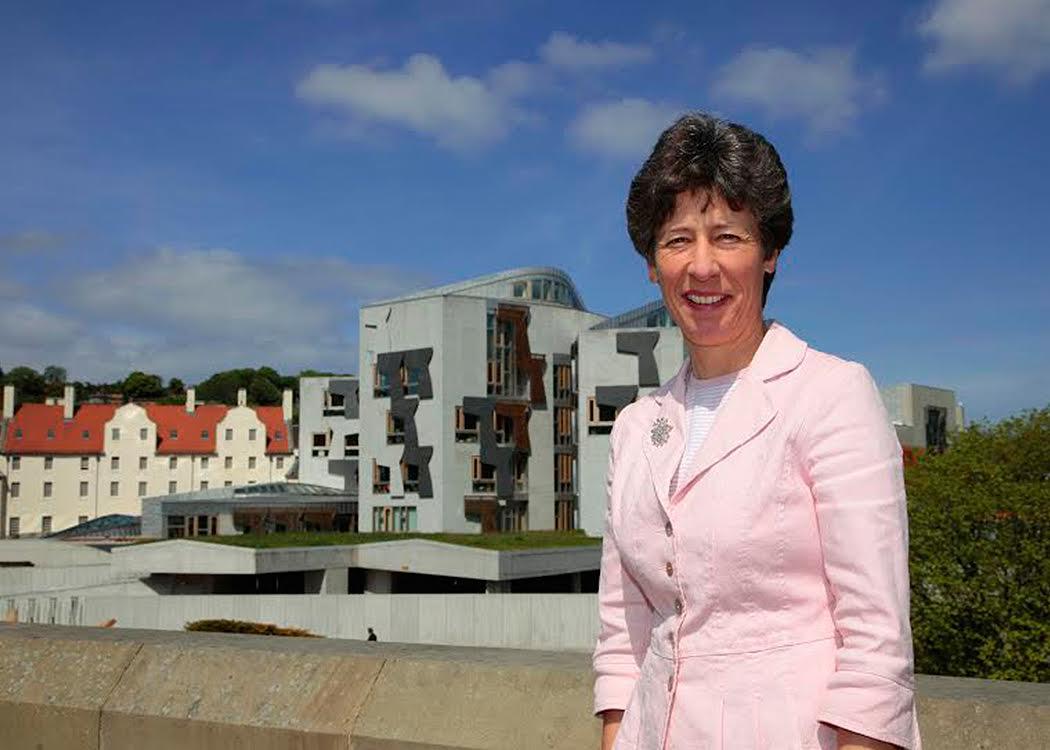 THE SCOTTISH CONSERVATIVE MSP responsible for the party’s newly unveiled education policy has revealed that the the Conservatives are pursuing the controversial state funded autonomous schools model in conjunction with the Hometown Foundation.

In an interview with CommonSpace, Elizabeth Smith MSP revealed that the Scottish Conservatives are in regular contact with the Hometown Foundation and academics who are developing the school provision model which will see funding transferred directly to head teachers and remove local authorities from their administrative duties over schools.

Smith said she would be meeting with Bill Nicol, a director of the Hometown Foundation and a member of its board of trustees to discuss the autonomous state school model and had discussed the model on a “very regular” basis and were “very interested in the autonomous model”.

She said: “I have had contact yes, and I will be meeting Mr Nicol quite soon.”

Smith confirmed it was her understanding that several other schools were involved in the scheme.

In December CommonSpace revealed that the Hometown Foundation is involved with several religious and non-religious schools considering the autonomous state school model, which the EIS teacher’s union is concerned represents a threat to the public provision of comprehensive education which has existed in Scotland for half a century.

Glasgow’s small Al-Qalam Muslim school and St Joseph’s primary school in Milngavie are the only schools to have so far publicly requested direct funding.

Smith was a key figure in putting together the Scottish Conservatives’ new education policy which will spearhead the party’s campaign for the 2016 Scottish elections. Besides autonomous state schools, the new policy document includes plans to tackle the educational attainment gap between poorer and better off students by transferring earmarked attainment funds from the Scottish Government to head teacher control and a return to standardised testing.

The policy document argues for greater school autonomy in general as well as state funded autonomous schools, including coupling “more autonmous” primaries with secondaries, holding out the possibility of an autonomous tier within the state sector.

Hometown Foundation plans include head teacher control over employment and elements of the curriculum.

Smith argued that the benefits of the autonomous state funded school model include the transfer of decision making to head teachers. The Hometown Foundation’s plans include head teacher control over employment, elements of the curriculum and other organisational decisions.

Smith said: “The one size fits all policy that pervades local authority education control is not helpful to ensuring that there is the real diversity that you need to have in schools. The head teacher is the best placed person in any school to make decisions.

Therefore they are the ones who ought to be in charge of how resources are spent. At the moment they have to go to the local authorities or the director of education to do a lot of things.”

Asked what she thought about EIS’s concerns over autonomous state funded schools Smith said: “They see the comprehensive ideal as the better way of providing education, I disagree with that.

“EIS see the comprehensive ideal as the better way of providing education, I disagree with that.” Elizabeth Smith MSP

They are less keen on the kind of diversity that we are looking for in the school system because they feel it breaks away from the comprehensive model for the teachers they represent.”

CommonSpace also reported in December that another of the Hometown Foundations trustees, Robert Durward, was a serial wealthy sponsor of rightwing causes who established a political party in 2003, the New Party, which was described as “fascist and undemocratic” by then Scottish Conservatives leader David McLetchie. Durward has previously called for the army to take over Scottish schools and other public services.

In light of Smith’s comments, an EIS spokesperson told CommonSpace: “It is clear that Scotland has continually rejected the divisive and thoroughly discredited model of market-driven education policy that the Tories continue to espouse, so the prospect of the Conservatives having control over education policy in Scotland would appear to be somewhat remote. Scotland’s model of inclusive comprehensive education continues to perform very well and is supported by parents, teachers, educational policy makers, the Scottish Government and by all major Scottish political parties with the exception of the Tories. If anyone is out of touch with the consensus of opinion on Scottish educational policy, it would appear to be the Scottish Conservatives rather than everyone else.

“The EIS will continue to work constructively with the Scottish Government and the local authorities who run our comprehensive schools to deliver a brighter future for pupils across Scotland, and will continue to reject the types of divisive and damaging educational policies that have been imposed on schools in other parts of the UK.”

The Hometown Foundation were contacted for comment but did not respond.