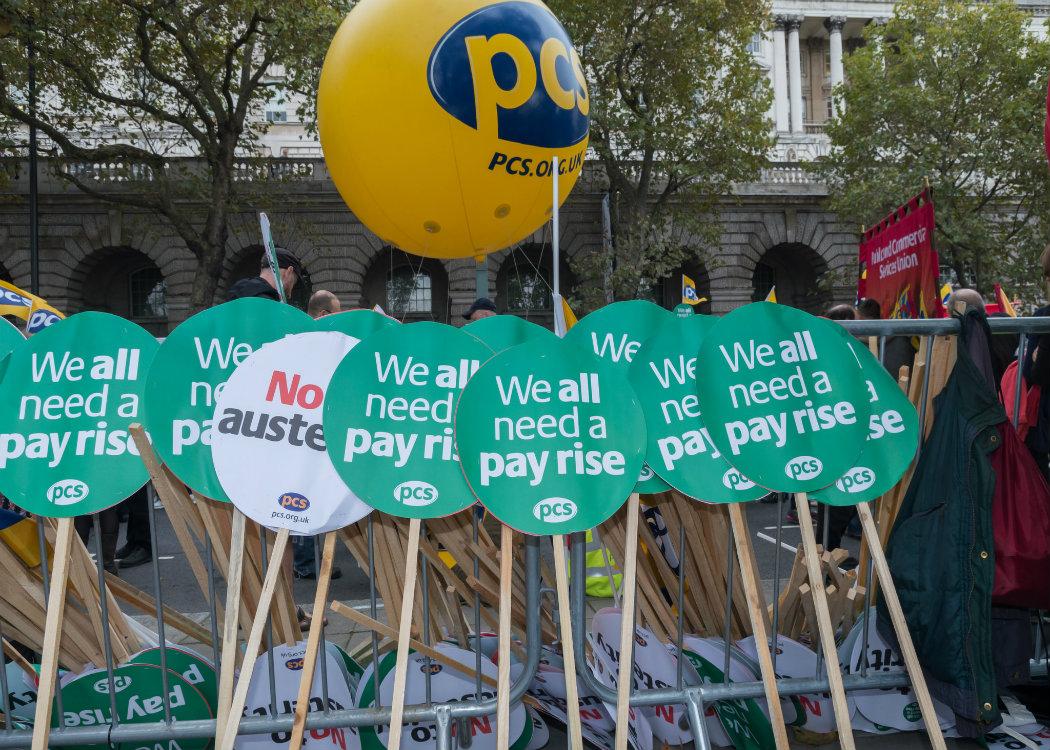 Growing rebellion in Scotland against attack on workers rights

WESTMINSTER proposals to restrict the right to represent employees at work are facing a growing backlash in Scotland.

Cosla, the convention of Scottish local authorities which represents 28 out of 32 council groups, is the latest to confirm it refusing to implement the worst excesses of the Trade Union Bill being proposed by the Conservative Government.

The move coincides with calls from the GMB union for Scottish police to refuse to implement any attack on trade union rights. The union described the bill as “this generation’s poll tax moment” , comparing calls for non-coperation to widespread civil disobedience and resistance to attempted evictions for non-payment in the late 1980s.

GMB trade unionist Paul Kenny has said he is willing to go to jail to oppose the legislation, which is described as an attack on civil liberties and workers’ rights.

A statement released by Cosla said: “We are concerned that there is no evidential base for the changes suggested in the bill. Stable industrial relations in Scottish local government are underpinned by modest facility time agreements with trade union duties and binding agreements for deducting trade union contributions.

“The cost of these arrangements is modest, trade unions make direct contributions to those costs, and the dividend that accrues to services and service users represents significant value for money.

“As devolved public bodies, we consider ourselves empowered to engage in these arrangements and it is therefore our intention to honour and protect existing industrial relations arrangements in local government.

“We would therefore urge the UK Government to reconsider this unjustified and unnecessary restriction on the devolved competency of Scottish local government which could lead to destabilised local government industrial relations.”

The group decision follows Edinburgh and Glasgow councils announcing that they will “not co-operate” with Westminster changes to union representation.

The Scottish Government is also opposed to the move and has requested opt-outs from the legislation for public bodies in Scotland.

Gary Smith, acting secretary of GMB Scotland, said: “The Scottish Government should make clear to the Scottish Police Service that policing the new rules on picketing plans in trade disputes is not a priority and that resources should not be diverted from fighting crimes to implementing these new rules.

“Scotland has a long history of dissent against unjust laws and attacks on fundamental freedoms. The Trades Union Bill is this generation’s poll tax moment.”

The PCS union and left-wing political parties in Scotland have called for the Scottish Government to refuse legislative consent for the bill.

Reacting to the Cosla statement, Scottish Trades Union Congress (STUC) general secretary Dave Moxham said: “It is clear from today’s statement from Cosla that Scottish councils intend to stand shoulder to shoulder with Scottish trade unions to oppose the undemocratic and vindictive Trade Union Bill and seek to defeat it at Westminster.

“Cosla has resolved to maintain its commitment to continuing to provide adequate time off for union reps to represent members and to maintain the right of individuals to pay their union dues in the way that they find most convenient.

“Should the Trade Union Bill be passed this will bring Scottish councils into conflict with the UK Government, but the right of local authorities to maintain their autonomy under the devolution settlement and to enter contract with their own employees is an important democratic principle which should not be broken.

“We now have the very real prospect of devolved public service providers, and the Scottish Government itself, refusing to comply with some of the provisions of the bill. An effect which could easily spread to Wales and to English local authorities.”

The GMB Union, also responding to the Cosla statement, has called for the Scottish Government to direct Police Scotland not to implement the change in law.

The bill has been criticised by Tory MP David Davis, who compared its stringent rules on strikes and political organising to the fascist policies of general Franco in Spain. The leader of trade union Unite, Len McCluskey, has compared the law to Nazi Germany.

The UK Government defends the bill as an example of “modernising” trade union relations. Employment minister Nick Boles has previously said: “These are sensible and fair reforms that balance the right to strike with the right of millions of people to go about their daily lives without last minute disruption.”