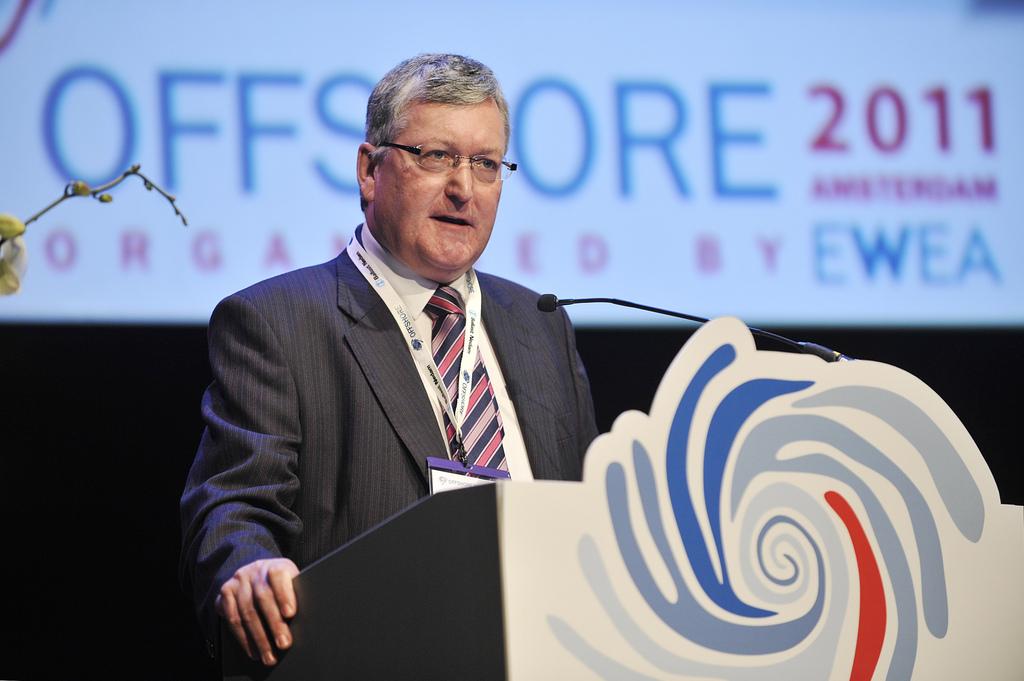 A BBC documentary, The War Over Fracking, will be shown on Wednesday evening

THE Scottish Government’s energy minister, Fergus Ewing, has received harsh criticism from environmental groups for appearing to suggest that fracking is likely to happen in Scotland, in a documentary set to be shown on the BBC on Wednesday evening.

The documentary, The War Over Fracking, explores both sides of the argument over fracking, after the Scottish Government announced a moratorium on the underground drilling technique in January amid concerns that it could be dangerous and environmentally damaging.

Ewing was interviewed for the documentary, and stated that “we need to think how it will be, how it may be, applied to Scotland”, and talked up the “opportunities” that could be derived from the fracking industry.

Ed Pybus, of campaign group Frack Off Scotland, accused Ewing of being a “fracking fan” and the moratorium of being “political posturing” to get the SNP through the 2015 General Election and 2016 Scottish elections.

He told The National that Ewing’s moratorium was “nothing more than political posturing – a temporary fix to help get the SNP through the next two elections. And, if Ewing has his way, it will then be abandoned, and companies will start drilling”.

“The SNP leadership should now be questioning whether they want such a fracking fan at the heart of a progressive, environmentally responsible government,” Pybus added. (Click here to read more).

“The SNP leadership should now be questioning whether they want such a fracking fan at the heart of a progressive, environmentally responsible government.” Ed Pybus, Frack Off Scotland

The energy minister came under criticism from fellow SNP MSP Joan McAlpine in January prior to the announcement of the moratorium, leading to McAlpine making a complaint to First Minister Nicola Sturgeon.

McAlpine accused Ewing of backing the Duke of Buccleuch, Scotland’s biggest landowner, over his plans to exploit coalbed methane in Canonbie, Dumfriesshire, against the wishes of the local community.

An FOI recently revealed that Sturgeon met Jim Ratcliffe, boss of chemical giant Ineos, which holds most of the fracking licenses in Scotland, on the same day the moratorium was announced, which led to fears that an agreement was reached.

Ineos switched from anger over the proposed moratorium to a positive attitude towards it after it was announced, and has since bought up more fracking licenses and launched a charm offensive, including public meetings, to convince communities that fracking will be safe and economically beneficial.

Ineos director, Tom Crotty, described the moratorium on the BBC documentary as a chance “to take a breather while we gather information”.

“That’s a great thing, and we’re completely committed to that. So at the moment it’s not frustrating. If it went on and on, it would be very frustrating,” he added.

At the moment it’s not frustrating. If it went on and on, it would be very frustrating.” Tom Crotty, Ineos director

Patrick Harvie, Scottish Greens co-convenor, said the fact Ineos is talking up the moratorium as a “breather” should be cause for concern

“Not only is the SNP’s Energy Minister still talking about this dangerous industry as an opportunity, but he appears to be suggesting it will eventually take place,” Harvie said.

“It’s also telling that Ineos describes the current onshore moratorium as a breather. What we need to do is turn it into a permanent ban, for the sake of our communities and our climate.”

Another area of concern for environmental campaigners is underground coal gasification (UCG), which is not included under the remit of the fracking moratorium when it takes place on the seabed. Plans are afoot for UCG in the Firth of Forth, but environmentalists say UCG is the worst of all of the fracking techniques in terms of environmental harm.

Dr Richard Dixon, director of Friends of the Earth Scotland, told The Herald that UCG was an area in which the Scottish Government needs to “toughen up” on.

He said: “The moratorium is great but it puts SNP candidates in a tough place because they can’t honestly say the party is anti-fracking, much as most of them would like too. Leaving Underground Coal Gasification to proceed unchallenged is another difficult area for the SNP, when the concerns are even more serious than for fracking and live proposals are due to be submitted before the end of the year.

“There are clear lessons for the SNP to toughen up the central messages on fracking, UCG and other unconventional gas techniques as soon as this election is over and minds turn to the Scottish election next year.” (Click here to read more).

The War Over Fracking will be shown tonight on BBC One at 7.30pm.