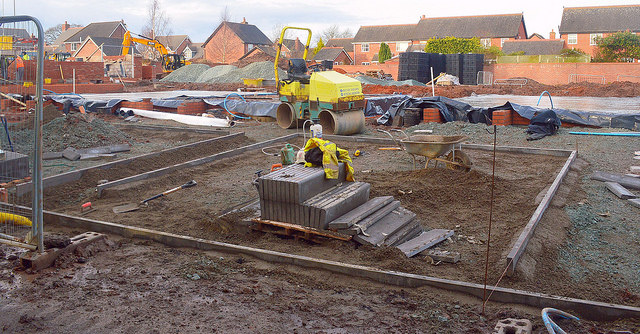 Similar calls have also been made by Labour, the Scottish Greens and Common Weal

THE SCOTTISH FEDERATION OF HOUSING Associations (SFHA) has joined a growing number of political parties and organisations calling for the Scottish Government to make provisions for the transfer of land at its current value, rather than an estimated future price.

The current system, under which land is bought at a price based on its estimated value following planning permission and development, often favours landowners and can stifle the construction of affordable or social housing.

In a statement released today (6 February), the SFHA endorsed the idea as part of a package of recommendations made to the Scottish Government regarding the in-progress Planning (Scotland) Bill, which would change the rules regarding public planning and which is currently undergoing a public consultation directed by Scottish Parliament’s Local Government and Communities Committee.

Additionally, the SFHA has called for the new bill to put in place a system to deliver an increased supply of affordable housing beyond the lifetime of the current parliament.

SFHA Policy Lead David Stewart commented: “While we welcome the Scottish Government’s current affordable homes target, which will help to meet outstanding need, the Planning Bill provides an opportunity to increase housing delivery and create better places beyond the lifetime of this parliament.

“Longer-term investment in affordable housing will have wide ranging benefits for Scotland and its people.

“Building affordable housing results in economic growth as it creates jobs and apprenticeships.

“Good quality warm affordable housing has a vital role to play in improving the nation’s health as not only is it vital for a person’s mental and physical wellbeing, but it can allow people with specific needs, such as older or disabled people, to stay in their own homes.

“The Planning Bill presents a significant opportunity to commit to longer-term housing investment which will not only provide much needed homes but allow the government to continue to tackle poverty and inequality in Scotland.”

“This is not a new idea, but with the enormous rise in land values – more than tripling over the past 20 years – it is needed now more than ever.” Common Weal Head of Policy Ben Wray

Responding to the SFHA’s latest statements, Common Weal Head of Policy Ben Wray told CommonSpace: “There is now support for land value capture to be included in the Planning Bill cross-party in the Scottish Parliament and cross-institution in the housing sector.

“The idea sounds complicated but in its essence its very simple. When the public-sector purchases land for housing and Planning Permission is granted the value of the land rises significantly: who should gain from this increase in value? The public-sector or the previous landowner?

“This is not a new idea, but with the enormous rise in land values – more than tripling over the past 20 years – it is needed now more than ever.”