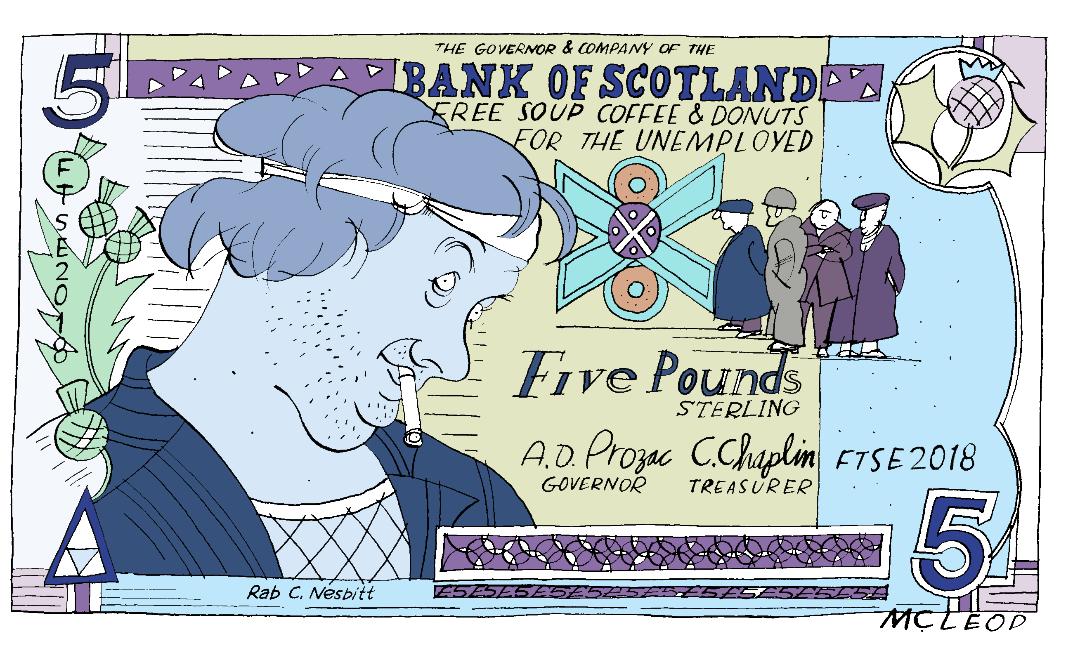 In the Cartoon of the Week, Cinders McLeod redesigns the Scottish fiver to reflect the nine years of austerity Scotland has suffered with no end in sight.

Cinders McLeod is the creator of the book and comic strip Broomie Law. Her illustrations have appeared in The Guardian, The Express, The Observer, The Independent, Herald Scotland, The Scotsman, The Globe and Mail and Maclean’s, and on CBC television. Her work has been recognized by the Society for News Design, The National Newspaper Awards, the National Magazine Awards and The Guinness Book of Records. Cinders is also a recorded singer-songwriter-double bassist with a record on Billy Bragg’s label, a Gaelic language student, and a mother of two. She moved from Glasgow to Toronto in 2001 and is presently working on a series of financial literacy books for young children published by Penguin, N.Y. The first of the Moneybunnies books, EARN IT! is out now.  She is also writing a political, historical graphic novel about her MacLennan great great grandmother from Lochalsh, an early feminist and pioneer to Ontario. Cinders is standing in for Lorna Miller this week while Lorna is on holiday.