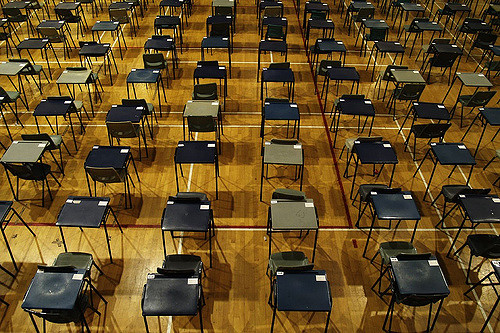 THE Scottish government is under fire for an attempt at “sneaking out” a report on education.

The report in question, written by the 10-member International Council of Education Advisers (ICEA), was posted on the government website, but no press release or announcement was issued.

The four-page report carried some criticisms of the government’s education policy, warning against becoming “too focused on changing structure when, arguably, the more important aspects are the culture and capacity within the system”.

To do so, the council suggested that there be more collaboration on a school, local, regional and national level. They pointed to the Northern Alliance and the Tayside Strategic Collaboration, as successful forms of “non-structural regionalisation”.

Scottish Greens’ education spokesperson Ross Greer said: “The government has shown complete disregard for transparency by trying to sneak out this report with no press release or announcement.

“They have gone through all the trouble, and cost, of convening a group of international experts on education, only to ignore their advice and attempt to bury it from the public eye.”

“After all the fanfare, all the publicity, they’re actual recommendations, where they actually say what we could do, the report gets effectively buried.” James McEnaney

The report also expressed its concern that education policy was moving away from the “whole child” approach found in the Curriculum for Excellence (CfE) in favour of the more measurable outlook of the National Improvement Framework (NIF).

The report did, however, say that: “Both CfE and the NIF share a clear and positive narrative of a bold nature which, if applied consistently, will help to raise attainment and close the poverty-related attainment gap.”

CfE was devised following a consultation by the then Scottish Executive in 2002, and was implemented in schools in 2010, with wide-ranging core principles of creating “successful learners, confident individuals, responsible citizens and effective contributors”.

The NIF’s core principles are focused on “school improvement, teacher professionalism, performance information and assessment of children’s progress” among others. The latter two principles require controversial standardised testing to monitor the performance of students.

The council was formed in 2016, in the hopes of revamping the Scottish education system and has met twice so far, in August 2016 and February of this year.

“The government has shown complete disregard for transparency by trying to sneak out this report with no press release or announcement.” Scottish Greens education spokesperson Ross Greer

Lecturer and journalist James McEnaney expressed further concern about the lack of any announcement of the report, telling CommonSpace: “After all the fanfare, all the publicity, they’re actual recommendations, where they actually say what we could do, the report gets effectively buried.

“You can’t appoint this international group, make this big fanfare about that, get all the press together when they’re coming here for their meetings, and then it not be a story that when they finally give their recommendations, you just bury it on the website and don’t tell any press and don’t do anything with it.”

The Scottish Government has come under fire over a perceived lack of transparency in recent months, including an open letter from Scottish journalists about the handling of Freedom of Information requests made to public bodies.

Freedom of Information legislation requires all public bodies to divulge information to members of the public within 20 working days.

Issues cited by the reporters include the screening of responses for political damage by special advisers, the late response to requests without valid reason and the lack of contact with the inquirer, among others.

The letter was signed by online, print and broadcast journalist from across the country, including all at CommonSpace, McEnaney and NUJ members at STV and BBC.

The letter prompted a vote in the Scottish Parliament which approved an inquiry into FoI, which is yet to be held.

READ MORE: Why a public inquiry into @ScotGov’s handling of FoI is now vital

In response, a government spokesperson did not address the transparency issue, saying: “We value the council’s expertise, robust challenge and input into our policy thinking and our decision to further empower schools and teachers, took their advice into account alongside other evidence.

“Advice from the International Council of Education Advisers has been clear – to improve our education system we must tackle culture, capacity and structure. This Next Steps paper addresses all three.”