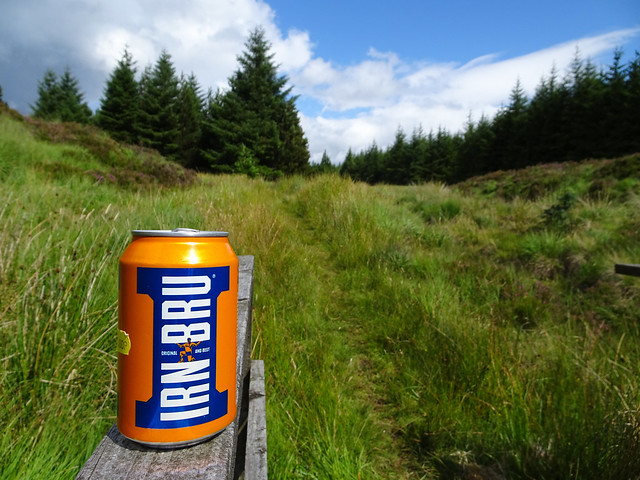 Irn Bru return scheme run by A.G. Barr for over a century ended in 2015

THE Scottish Government has announced a deposit return scheme (DRS) for drinks and containers as part of plans to tackle climate change.

The new scheme evokes memories of a similar scheme by Scottish soft drink manufacturer A.G. Barr, most commonly associated with Irn Bru, which had been in operation for over 100 years but ended in 2015.

Announcing the new scheme, which will include the ability to return aluminium and steel cans as well as drinks containers made of glass and Polyethylene terephthalate (PET) plastic to retailers with a 20p deposit, Climate change minister Roseanna Cunningham MSP stated: “Scotland was the first part of the UK to commit to a deposit return scheme as part of our wider efforts to prevent discarded drinks containers from ending up in our streets and seas, and is now the first to outline its design – one that is ambitious in scale and scope, and which gives the people of Scotland a clear and straightforward way to do their bit for the environment.

“There is a global climate emergency and people across Scotland have been calling, rightly, for more ambition to tackle it and safeguard our planet for future generations. I am therefore delighted to confirm that I intend to implement a system covering PET – the most common form of plastic packaging – aluminum and steel cans, and glass, with a deposit refund set at 20p.

“Supported by international evidence our plans for Scotland’s Deposit Return Scheme are gathering pace with widespread consensus demonstrating that a well-run, appropriately-targeted scheme could improve the environment, change attitudes to recycling and litter, and support a more circular economy.”

The Ferret reported earlier this year that major supermarket and drinks companies, including A.G. Barr as well as ASDA and Highland Spring, had been lobbying to block or delay the new scheme. A.G. Barr’s chief executive, Roger White, told First Minister Nicola Sturgeon at a September 2018 dinner at Bute House that DRS would “add considerable cost and complexity”, especially if it was only Scotland, rather than UK, wide.

Farrell stated: “This will be a game-changer for recycling and the circular economy in Scotland. By giving people an extra incentive to do something good for our environment, and having a consistent approach across Scotland, we are confident it will be easier for all of us to do the right thing. This will improve the volume and quality of recycling and help tackle litter in the process.

“With a huge network of places to return your bottles and cans, it will be just as easy to return a drink as it is to buy one in the first place. I’m proud of Zero Waste Scotland’s role in advising the Scottish Government on this design, which has resulted in a blueprint for a world-class scheme.”

Research commissioned by the Have You Got The Bottle? campaign has found that the new scheme could divert around 140,000 empty cans and bottles from litter to recycling every day.

Jenni Hume, campaign manager for Have You Got The Bottle, said of the Scottish Government’s announcement: “The deposit system set out today is a major step in the right direction, setting the pace for the rest of the UK, and it will have a substantial positive impact on litter and recycling. It’s great news that the Scottish Government are ready for the system to expand in future to include more drinks containers, which will be both more effective and easier for the public to use.

Calum Duncan, Head of Conservation Scotland for the Marine Conservation Society, said: “Our beach litter data highlights a shocking amount of glass items found on Scotland’s beaches, an average of 78 pieces for every 100m of beach surveyed during the Great British Beach Clean 2018. We are very pleased with today’s announcement that the system will include glass, along with some plastics and aluminium, and all sizes of those drinks containers.

Dr Richard Dixon, Director of Friends of the Earth Scotland, said: “This is great news: the system announced today will provide a huge boost for recycling of bottles and cans, reduce litter across Scotland, and save both materials and climate change emissions.  This is a great start to getting the public to do even more recycling and it is the kind of system which can be expanded to other products over time.

“This scheme will set a good benchmark to influence the thinking for a similar scheme for England and the ideal is that the two schemes will eventually work in the exactly the same way.”

On Tuesday, the Scottish Government announced that it will no longer be pursuing a tax cut to Air Passenger Duty, which had previously been delayed due to fears opt-outs for the highlands would breach EU state aid rules.

COMMONSPACE FORUM 30 MAY: Climate change: How do we move from words to actions? 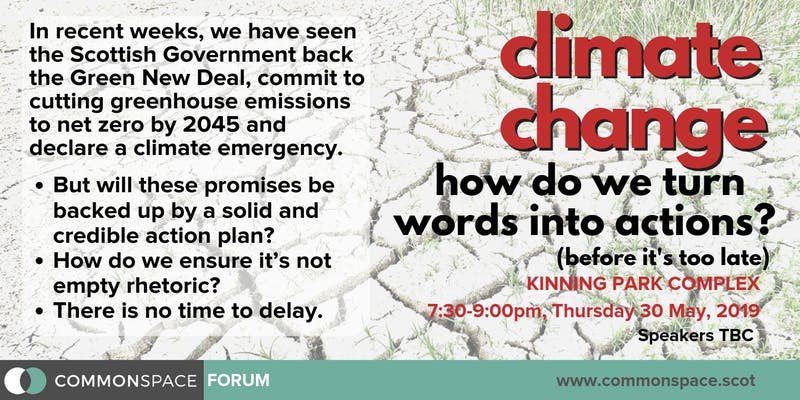