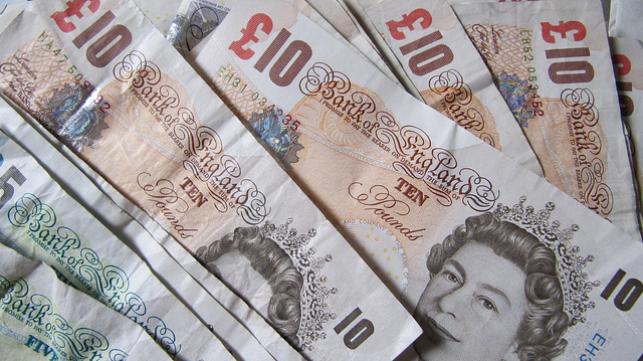 THE SCOTTISH GOVERNMENT has argued that a record low in the number of Scottish people claiming Council Tax Reduction may be due to an improving economy and the implementation of Universal Credit, following criticism from Scottish Labour.

Scotland’s Chief Statistician yesterday [Dec 4] published the nation’s latest Council Tax Reduction estimates, which showed that the total number of claimants in September 2018 was 12.9 per cent lower – 71,280 claimants – than it was at the beginning of the scheme in April 2013, when it replaced Council Tax Benefit.

The drop in claimants of Council Tax Reduction stands in contrast to rising levels of Council Tax debt, with the number of debtors rising by more than a third since 2011/12.

These estimates are used by the Scottish Government, the Convention of Scottish Local Authorities (Cosla) and Scottish councils to monitor the number of people receiving Council Tax Reduction and inform the allocation of funding for future years.

“Council Tax Reduction is failing people at a time when the onslaught of Universal Credit is wreaking havoc with household budgets. The scheme must be urgently reformed and bolstered.” Scottish Labour social security spokesperson Mark Griffin

Following the release of the figures, Labour social security spokesperson Mark Griffin claimed that the statistics were a sign that action should be taken.

Griffin said: “The number of claimants falling to a record low for Council Tax Reduction should set alarm bells ringing for the SNP government.

“Council Tax Reduction is failing people at a time when the onslaught of Universal Credit is wreaking havoc with household budgets.

“The scheme must be urgently reformed and bolstered to help put money in pockets of those who need it most.”

Scottish Labour did not respond to inquiries from CommonSpace over what reforms they would like to see, or what explanation they have for the fall in Council Tax Reduction claimants.

Meanwhile, a Scottish Government spokesperson told CommonSpace that the decline in claims could be attributed to a number of factors, both positive and negative.

“Many reasons may be contributing to the decline in numbers of those receiving Council Tax Reduction, including an improving economy, people becoming better off and no longer qualifying for the relief, and the continuing roll out of Universal Credit.” Scottish Government spokesperson

The spokesperson said: “Between 2013/14 and the end of 2018/19, we will have invested over £1.4 billion in the Council Tax Reduction Scheme, assisting almost half a million households each year to meet their council tax liabilities.

“Many reasons may be contributing to the decline in numbers of those receiving Council Tax Reduction, including an improving economy, people becoming better off and no longer qualifying for the relief, and the continuing roll out of Universal Credit. In the New Year we will be running a campaign to encourage people to apply for relevant benefits and discounts, including the Council Tax Reduction scheme.”

Also speaking to CommonSpace, a Cosla spokesperson echoed the Scottish Government’s explanation, saying: “There will be no specific reason for this, rather a range of things such as changing economic circumstances, reducing unemployment rate.”

In July of this year, the Scottish Government blamed Tory welfare cuts for a dramatic rise in the number of warrants issued in Scotland for non-payment of Council Tax, after the the Scottish Government agency the Accountant in Bankruptcy (AIB) revealed that a total of 463,729 summary warrants were issued throughout 2016-17 – a 38 per cent increase from 2011-12.

Speaking to CommonSpace at the time, a Scottish Government spokesperson said: “Under UK Government welfare cuts, money is being taken from the pockets of low income families, pushing them into crisis, debt and poverty.”

The increase in the use of such summary warrants for Council Tax debt also prompted Shelter Scotland director Graeme Brown to argue that “much more should be done by local authorities to give advice and help people meet their payments rather than simply threatening them with court action.”