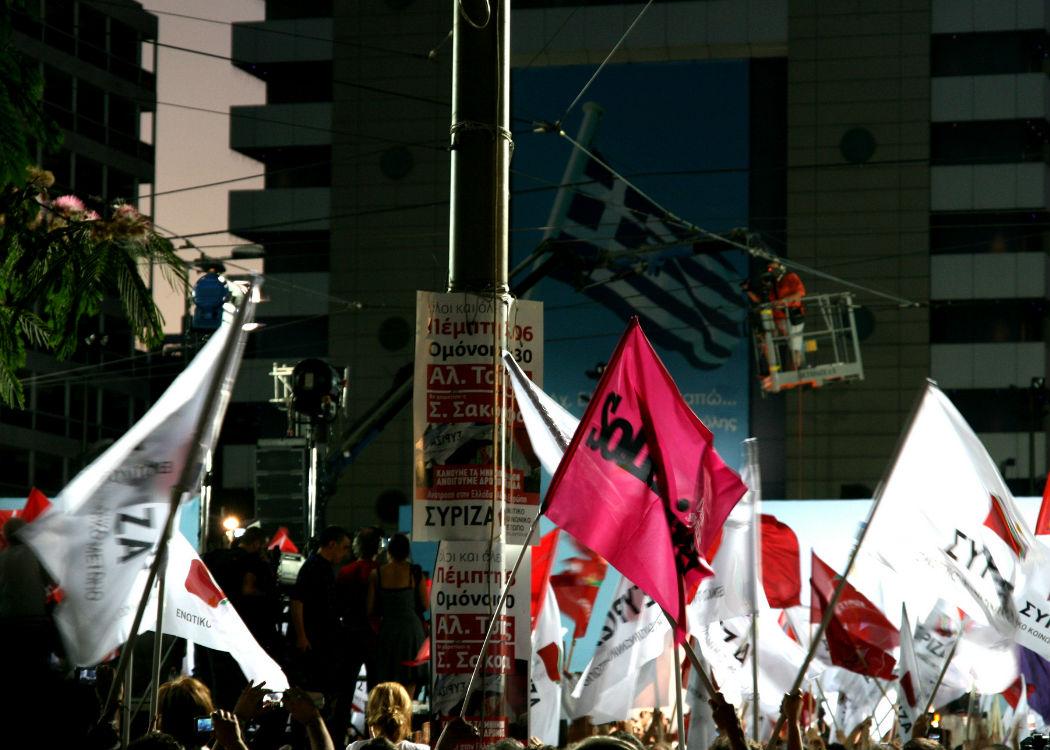 THE Scottish government has called for the election of leftist party Syriza in Greece to be respected.

The party, led by Alexis Tsipras, has sent shockwaves through the continent with its victory, becoming the European Union’s first anti-austerity government.

“We note the result of the Greek election, which of course was an internal matter for the people of Greece, and it is important that this democratic decision is respected”, a Scottish Government spokesperson told CommonSpace. “In terms of the wider issues involved, the Scottish government will continue to play a full and constructive role in helping drive economic recovery and growth across Europe and beyond.”

Syriza have spoken of the need for international support as they attempt to renegotiate Greece’s mammoth debt with the Troika of the European Union (EU), International Monetary Fund (IMF) and the European Central Bank (ECB)

The devolved Scottish National Party administration at Holyrood have previously been outspoken in their opposition to austerity measures imposed by the Conservative-Liberal Democrat coalition government at Westminster.

His words were echoed this morning by Chancellor George Osbourne who told the BBC that Syriza’s win was “not a defeat of austerity” and that Syriza’s pledges would be “very difficult to deliver and incompatible with what the eurozone currently demands of its members”.

The Scottish Trade Union Congress also welcomed Syriza’s win. STUC General Secretary Grahame Smith said in a statement: “Whilst Syriza no doubt represents a radical departure from compliance with the Troika’s prescriptions, its proposals for promoting economic recovery – debt forgiveness, investment for growth, and protection of workers and ordinary people – is an entirely orthodox approach that has been championed by mainstream economists globally.

“The STUC calls on European institutions and the German government in particular, to enter meaningful negotiations with the new Greek government to recognise this significant political shift in Greece.”

Syriza have formed a governing coalition with the Indepdendent Greeks and seem set to enter negotiations with the European Union over the coming days.