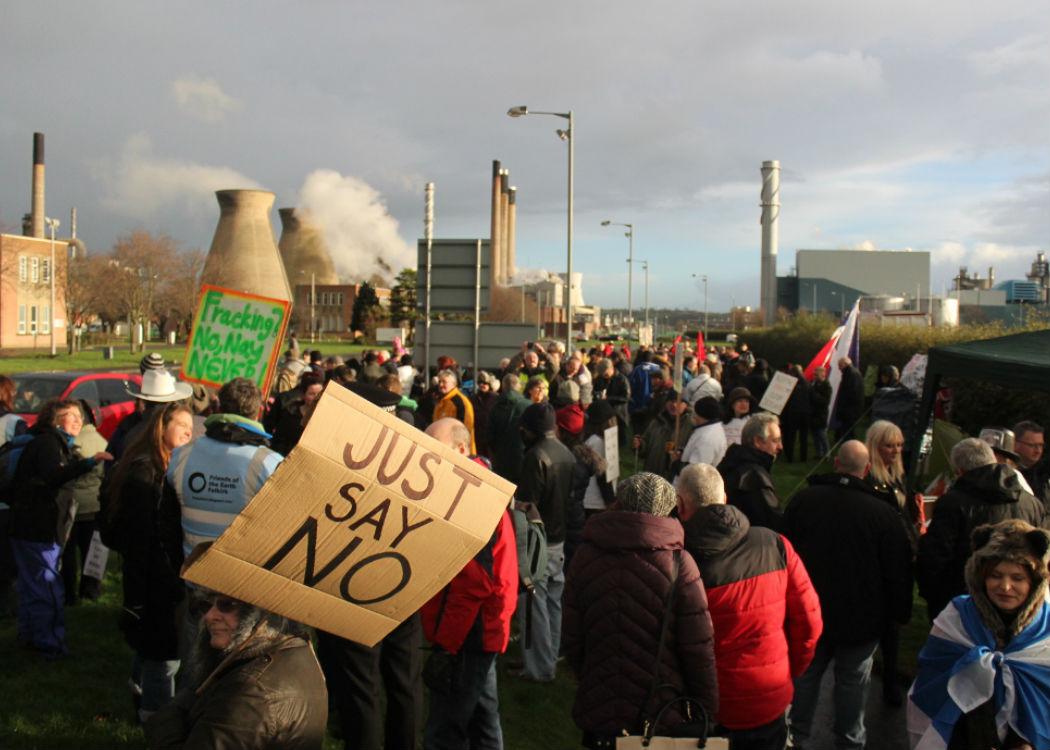 THE Scottish government has announced a moratorium on unconventional oil and gas extraction, including fracking.

In a statement to the Scottish parliament, Energy Minister Fergus Ewing said that there will be a full public consultation, health assessment and strict planning and environmental regulation before any licences are granted.

Speaking today, Ewing said “We have listened to legitimate concerns about the possible negative impacts of unconventional oil and gas extraction and are continuing with our cautious approach to the issue.”

Full control over fracking is due to be devolved to Holyrood after this May’s general election with the Smith Commission recommending powers over onshore licensing and mineral access rights be given to Holyrood. The Scottish government does, however, have control over planning issues which means they are able to put a stop to the practise now.

Fracking is the process of drilling and injecting fluid into the ground at a high pressure in order to fracture shale rocks to release natural gas inside. Along with other forms of unconventional gas extraction, it has been the subject of much debate over its benefits and dangers.

Environmental campaigners have stated that fracking poses a serious public health risk, as well as undermining efforts to meet climate change targets. Others claim that it can bring economic benefits to a country.

Ineos, the global chemicals company which owns the Grangemouth plant in Scotland, has bought the rights to frack for shale gas in the Grangemouth area, but no specific application has yet been forthcoming.

The SNP and Scottish Labour have repeatedly clashed over the issue of fracking recently.

An SNP-supported amendment to a House of Commons motion on Monday which called for a moratorium on fracking was rejected by MPs, with the vast majority of Labour representatives abstaining.

The vote saw 52 MPs back the move while 308 voted against it.

However, a separate Labour amendment was added to the bill which imposes 13 environmental and community focused tests before fracking can be allowed on a UK level.