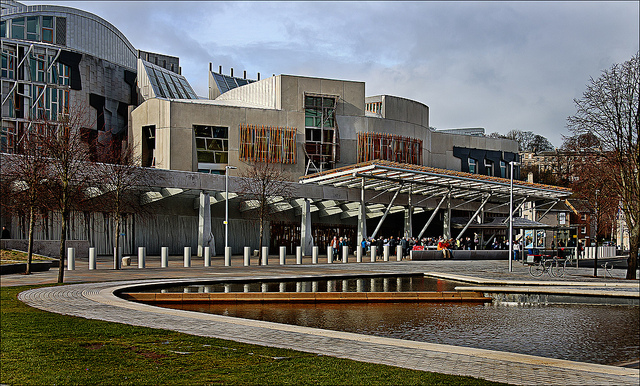 THE SCOTTISH UNEMPLOYED WORKERS’ NETWORK (SUWN) has launched a petition with the Scottish Parliament, calling on the Scottish Government to raise more money for welfare through progressive taxation.

The petition, which will remain open to signatures and comments until 23 November, calls for increased taxes on those with the highest incomes, and the introduction of a Land Value Tax.

This, the petition argues, would allow the Scottish Government to raise money to mitigate the effects of UK Government cuts, under which campaigners say thousands of people in Scotland are struggling.

“Only by using all the powers we do have in Scotland can we make the case for having more powers.” Sarah Glynn, SUWN

The petition states: “Our government has a political and moral duty to help the poorest in our society, and it can do this by taking more taxes from those with the biggest incomes and land-holdings.

“As if the human case were not enough, spending more on social security also makes sound financial sense as failure to provide help at this stage has major financial as well as human consequences.”

Sarah Glynn of SUWN told CommonSpace that the petition’s proposals aim to address the Scottish Government’s difficulty in providing adequate support for all vulnerable groups amidst reduced budgets.

“We don’t want there to be a hierarchy of need,” she said. “What we don’t want to see is all these different campaigns competing against each other, when the Scottish Government now has the levers to raise funding.”

Glynn acknowledged that the Smith Commission has only delivered limited taxation powers to Scotland, however, she said: “Only by using all the powers we do have in Scotland can we make the case for having more powers, including over welfare.

“We’re very clear the cuts have come from Westminster but we are in a position now to make things a bit better, and to show the limits of what we can do.”

The Scottish Greens backed a policy similar to that outlined in the petition at their party conference last month, where co-convener Patrick Harvie announced that progressive tax reform would be the condition for Green support of the Scottish Government’s upcoming budget.

Glynn said that while Labour would raise taxes across the board, SUWN is proposing “a rather more sophisticated system, where you’re raising taxes at the top level”.

However, she said: “That difficulty with progressive taxation doesn’t mean you shouldn’t do it”, and suggested that “only a very small number of people” would use the loopholes to avoid taxes.

Glynn also argued against the notion that people would leave Scotland in response to increased taxes. “We are still way below taxes under Thatcher,” she said. “People don’t run away from a high tax regime if it’s providing services, and that’s what a high tax regime does.”

A 38 Degrees petition addressed to First Minister Nicola Sturgeon, calling for a fair system of tax increases in which the wealthy contribute the most, has gained over 20, 000 signatures.

Glynn is hopeful that the Scottish Government will be taking these proposals into consideration in the lead up their upcoming budget announcement on 14 December.

In the meantime, SUWN is encouraging people to sign and provide comment on the petition. “We particularly encourage people who have experiences or whose friends or family have experiences related to the cuts to sign,” Glynn said.

After the petition closes later this month, it will go to the Public Petitions Committee which will meet to discuss the contents of the submissions.