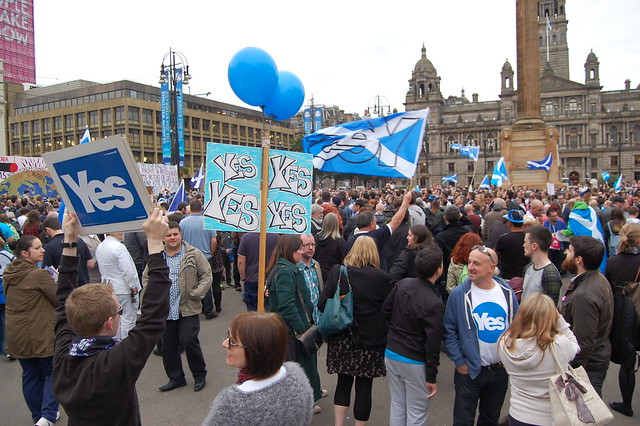 THE SCOTTISH GOVERNMENT has said it is “always open” to seeking agreement from the Scottish Parliament for an “accelerated timetable” for a second independence referendum, following an intervention from the Electoral Commission.

In a formal submission on the Referendums (Scotland) Bill to Holyrood’s constitution committee, the elections watchdog cautioned that the legislation in its present form does not do enough to “ensure voter confidence”, saying that the Electoral Commission “must be required to assess any referendum question proposed in legislation.”

The submission further states that that the Commission’s assessment of any question put forward in a referendum would take approximately 12 weeks. In addition to this, the Commission has also called for a six month gap, to allow for sufficient voter education on the issues decided in the vote, between the passage of any referendum legislation and the beginning of a 10-week campaign.

While the 12 week assessment sought by the Commission could theoretically be run concurrently with this six month gap, this would mean a minimum of nine months between legislation and polling day.

“The Referendums (Scotland) Bill is scheduled to complete its parliamentary progress by the end of this calendar year, but it is always open to seek Parliament’s agreement to an accelerated timetable.” Scottish Government spokesperson

Echoing First Minister Nicola Sturgeon’s earlier suggestion that a second referendum could be accelerated in the event of a no-deal Brexit, a Scottish Government spokesperson today told CommonSpace that, while it will consider the Electoral Commission’s advice, the possibility of fast-tracking another vote with Holyrood’s support remains on the table.

The spokesperson told CommonSpace: “The Referendums (Scotland) Bill is scheduled to complete its parliamentary progress by the end of this calendar year, but it is always open to seek Parliament’s agreement to an accelerated timetable.

“And while the timing of a referendum will be for Parliament to determine, we will carefully consider all suggestions from the Electoral Commission.”

The Electoral Commission’s submission to MSPs aroused further controversy with its warning that it must be allowed to assess the wording of the question put to voters.

As it was presented in May, the Referendums (Scotland) Bill interprets the proposed question – “Should Scotland be an Independent Country?” – as already having been assessed by the Commission in the 2014 referendum, meaning that the watchdog would not be required to provide secondary assessment.

However, the possibility that a second independence referendum would follow the Commission’s ruling from the EU referendum – which ruled out a ‘Yes/No’ question in favour of ‘Leave/Remain’ – has elicited criticism.

“If the EC does not like Yes/No (which every single person in Scotland understands as applied to the question of independence) then they would need to suggest an entirely new formulation.” SNP Glasgow councillor Mhairi Hunter

Commenting on Twitter, the SNP Glasgow councillor Mhairi Hunter said: “The Electoral Commission has every right to scrutinise the second independence referendum question but those advocating for a Leave/Remain choice are being absurd. The reason for a second referendum is because of the outcome of the EU referendum which Leave won.

“The two questions – Scottish independence and Brexit – are linked in the minds of voters. We can just imagine the conversations. If you want Scotland to remain in the EU as an independent country you have to vote Leave and vice versa. This formulation would not provide clarity to voters, it would do the opposite by deliberately confusing the two referendum propositions (which is of course the intention of those who advocate a Leave/Remain formulation).

“If the EC does not like Yes/No (which every single person in Scotland understands as applied to the question of independence) then they would need to suggest an entirely new formulation.”