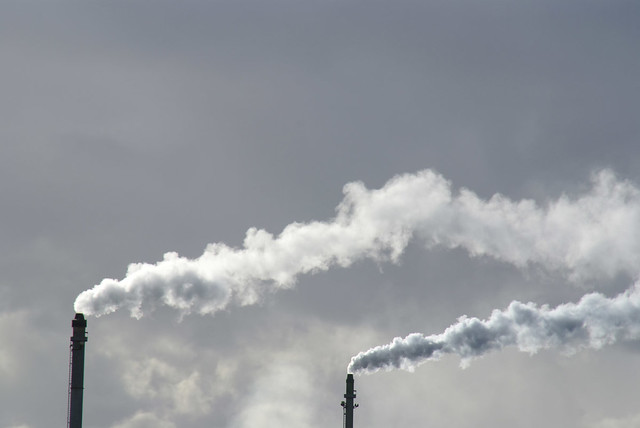 Figures must act as a “wake up call”, Scottish Greens say

THE Scottish Government has missed its targets on greenhouse gas emissions reductions for 2017, according to an official statistical publication released today [11 June].

The statutory targets were introduced in the Climate Change Act 2009, and the announcement that they had been missed for the second year running, after being met in 2014 and 2015, has led to calls for the Scottish Government to go further in its new draft Climate Change Bill.

“Scientists have told us that we need to move faster, and in April the First Minister declared a climate emergency. This means acting with even greater urgency to cut emissions now and over the next decade.

“MSPs must ensure that the new Climate Change Bill, which they will be voting on in Parliament next week, includes tougher climate targets and strong policies to slash emissions.

“Action is especially needed in transport, which remains Scotland’s largest emitter, in how we heat our homes and how we grow our food.  Changes in these sectors will also improve health, reduce pollution and tackle fuel poverty.”

Commenting, Scottish Greens Environment and Climate Spokesperson Mark Ruskell MSP said: “The Scottish Government often describes itself as a world leader in tackling climate change, yet these new figures reveal it has much work to do. A climate emergency has been declared and the First Minister has said that everything is up for review, but we need this review to be brought forward as soon as possible so that urgent action is taken to transition to a low carbon economy, particularly in transport, where emissions continue to increase.

“Last week the Deputy First Minister implied that new road projects, which account for an enormous share of Scotland’s transport budget, wouldn’t be part of any policy review. These figures must act as a wake up call, business as usual is no longer acceptable. The Scottish Government needs to urgently accelerate investment in improved public transport and safer walking and cycling routes, to give people a real alternative to the car.”

The failure to meet the target was driven largely by the emissions trading scheme, an arrangement whereby permits are issued to businesses and then traded. Climate Change Secretary Roseanna Cunningham pointed out that actual emissions in Scotland had fallen over 2016-2017.

She said: “Actual emissions, which are what really matters for tackling climate change, reduced by 3.3 per cent between 2016 and 2017. That is encouraging progress, particularly given the statistics cover a period prior to the current climate change plan and do not reflect many of the initiatives that have launched or embedded in the last two years.

“However, it is of course disappointing that the 2017 target has not been met, and that greenhouse gas emissions appear to have increased because of the technical adjustment made to the figures relating to the EU Emissions Trading System.

“Scotland already has the most ambitious agenda in the UK for decarbonising transport, including our commitment to phase out the need for new petrol and diesel cars by 2032. We have doubled our active travel budget, encouraging more people to walk and cycle, while Low Emission Zones will be in place in Glasgow, Edinburgh, Dundee and Aberdeen by the end of 2020.

“We are facing a global climate emergency, and we must all act accordingly. The Scottish Government is already looking across our whole range of responsibilities to make sure we continue with the policies that are working and go further, faster, wherever possible, and we’ve been clear that Climate Change will be at the heart of our next Programme for Government and Spending Review.

“These statistics show that there can be no room for complacency. If Scotland is to end its contribution to climate change we cannot shirk from the challenge, and we tackle it together. Difficult decisions will have to be made but Scotland is not in the business of taking the easy way out – we are up for the challenge”.

A report by the IPCC last October found that rising temperatures need to be kept to 1.5 degrees above pre-industrial levels if the worst effects of climate change are to be prevented. To meet the 1.5 degrees limit, the majority of global emissions reductions had to be made by 2030, with a net-zero by 2050 target set.