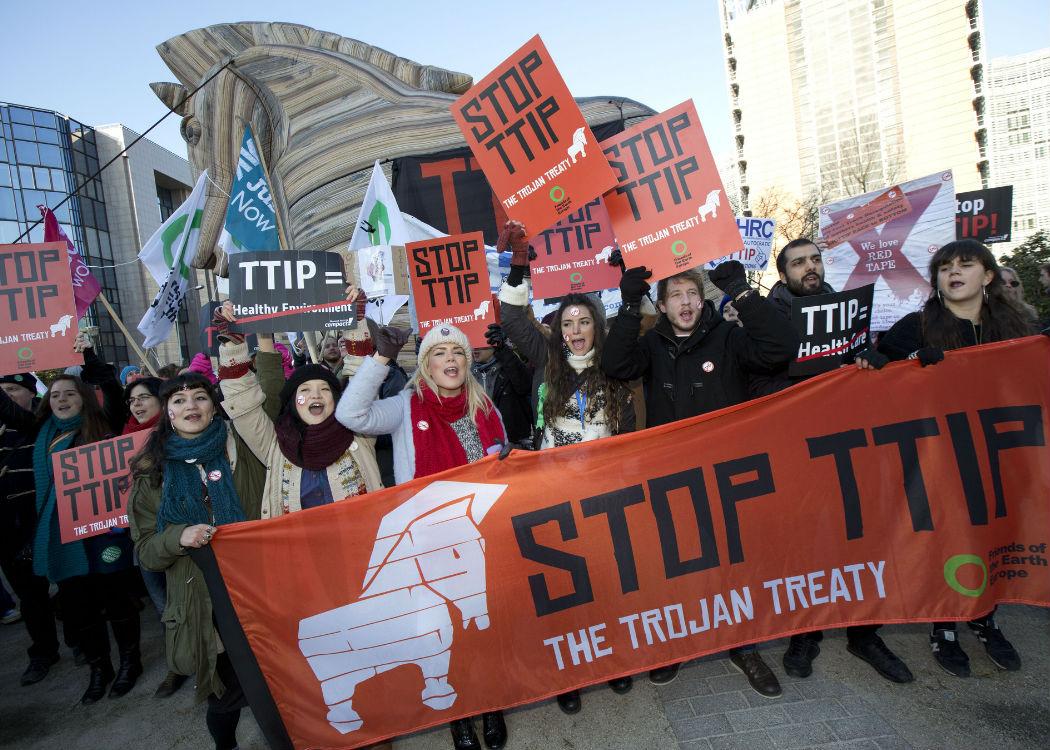 The Scottish Government was today urged to broaden its opposition to the Transatlantic Trade and Investment Treaty (TTIP).

The controversial trade deal between the EU and the US has been heavily criticised amid fears that it could undermine democracy and public services.

The Scottish Government has called for the NHS to have explicit protection from the deal, but Green MSP Alison Johnstone said that the objection did not go far enough.

As previously detailed on CommonSpace (click here to read more), all EU and US trading regulations – such as food safety, environmental protection, and workplace health and safety – could also be undermined by the deal.

Addressing the issue in Holyrood, Johnstone warned that EU regulations on the use of chemicals in cosmetics could be overturned.

Johnstone highlighted figures contained in a new report from Westminster’s environmental audit committee that stated that 1,300 chemicals are restricted for use in cosmetics in EU countries, whereas only 11 are in the US.

Johnstone said: “This deal risks much more than our precious public services. There is a real risk that important environmental and public health protections will be weakened by this treaty, which would undermine decades of political progress towards a more sustainable world.

“Overall the components of TTIP add up to an assault on public protections with little evidence of any reward, and it should not be so difficult for the Scottish Government to oppose this.”

There have also been concerns raised about the The Investor State Dispute Settlement (ISDS)
that TTIP will set up.

ISDS would be an international corporate court that would allow corporations to legally dispute government trade regulations or rulings.

In response to Johnstone’s objections, Minister for Europe Humza Yousaf said that while the Scottish Government had raised a number of concerns with the UK Government, TTIP as a whole is “difficult to oppose without seeing the final agreement”.

Meanwhile, a new coalition to oppose TTIP in Scotland is set to launch on April 11th at St Stephen’s Church in Glasgow.

Members of the coalition include trade unions and campaigns such as the Radical Independence Campaign, 38 degrees, Peoples NHS and Nourish.