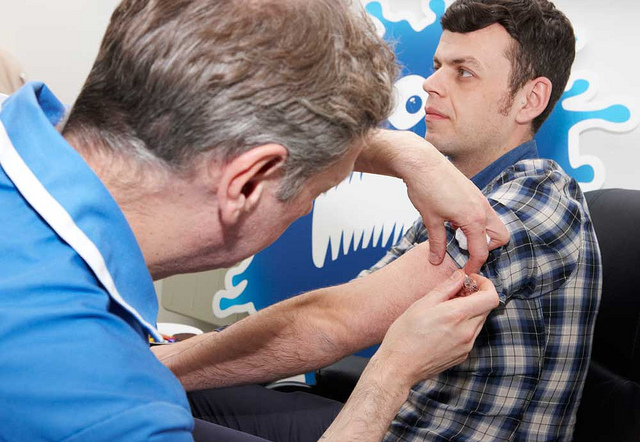 A SPOKESPERSON from the Royal College of Nursing (RCN) welcomed the biggest proposed pay-rise for NHS staff in Scotland since the 2008 financial crisis.

The Scottish Government and trade unions announced reaching agreement on the proposed three-year pay deal for NHS staff in Scotland which would mean that the majority of NHS staff will receive a 9 per cent increase over three years. A further consultation with members will run from Monday 9 July until Wednesday 15 August, but the trade unions are urging their members to agree to the proposal.

Commenting on the announcement, Theresa Fyffe, RCN Scotland Director, said: “This is the largest pay rise offered to nurses in 10 years and we believe it is the best deal that can be achieved through negotiation at this time.

“It is now time for members to make up their own minds on whether to accept or reject it. Each of the individual trade unions are in the process of making arrangements to consult with their memberships and jointly, we are working to have information about the proposed deal in full available so that individuals can see just what it will mean for them.”

One million NHS staff were placed on pay caps in 2010 as part of the post-recession austerity era, but the Scottish Government announced last year that it would be lifting the cap.

RCN said that real terms earnings for nursing staff in Scotland had fallen between 9-14 per cent since 2011.

Fyffe said the pay deal was a success story achieved through years of campaigning.

“It has been a long road to get to this point,” she said. “Over a year ago we launched the ‘Scrap the Cap’ campaign which paved the way for these negotiations. It’s a success story that shows how our members can have an impact on government economic policy.

“We will be working hard over the coming weeks to make sure members have all the information they need to understand the deal on offer and how it affects them. It is vital that as many members take part in the consultation on the proposed deal.”

The 9 per cent rise to NHS Scotland staff is the highest in the UK and staff – In England and Wales a new 6.5 per cent increase has already been agreed upon – and those who will receive the pay rise include all nurses, midwives, allied health professionals and paramedics.

Health Secretary Shona Robison said: “Our NHS is built on the dedication and hard work of healthcare staff up and down the country. They are our health service’s beating heart, and I’m proud to be offering them this significant pay rise in recognition for the work they do caring for the people of Scotland.

“Today’s announcement will help make our NHS an attractive employment option for many. In this 70th anniversary year I am delighted that we have been able to offer NHS Scotland staff a pay settlement which not only matches NHS England deal – but exceeds it.”