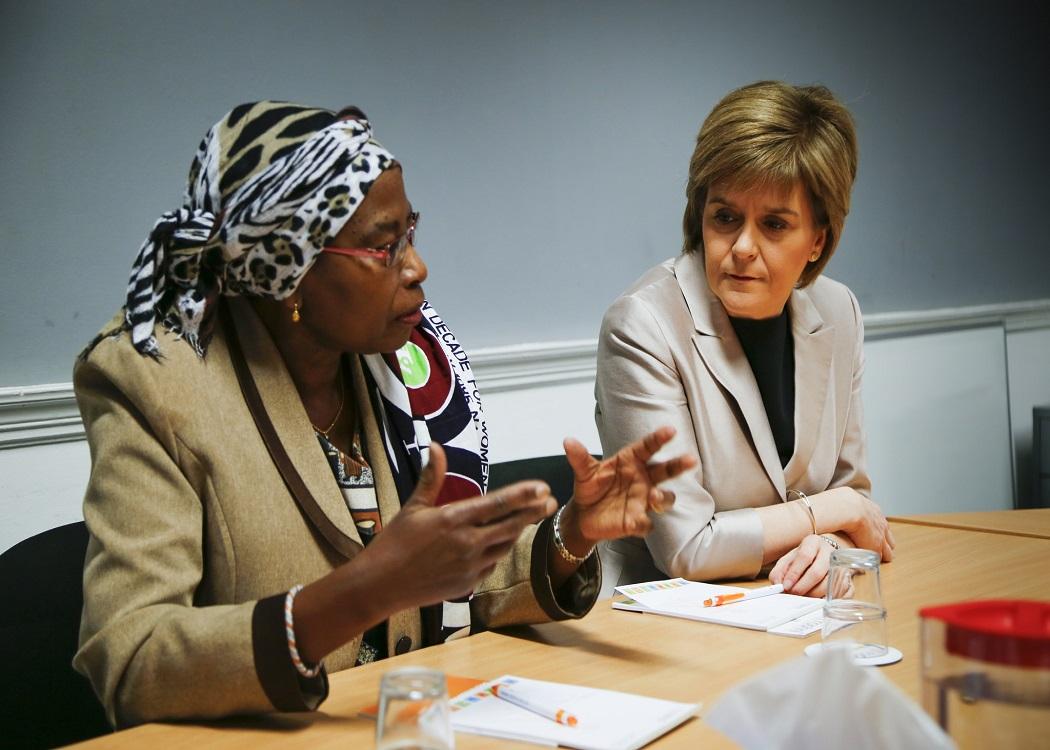 The funding was announced during a visit to roshni, an organisation which deals with issues facing minortiy ethnic communities in Scotland, including FGM.

The money will be used for projects raising awareness of FGM, improving community engagement, providing training and boosting support services.

In 2013, an investigation by the BBC revealed fears that Scotland was seen as a ‘soft touch’ and a favourable place to bring young girls to undergo FGM.

The First Minister said the practice is a form of violence against women and has “no place in Scotland”.

“Female Genital Mutilation is an unacceptable and illegal practice. It is a form of violence against women and a violation of the human rights of women and girls. It has no place in the Scotland we all want to live in.

“The Scottish Government recently invested more than PS70,000 to develop information awareness raising materials which are now being rolled out across Scotland, and to support a research based baseline report of Scotland-specific data to help inform our approach with community and statutory partners to tackling FGM in Scotland.”

Sturgeon added that a final report will be released later in the year from the FGM Short Life Working Group making recommendations for a ‘multi-agency’ approach to tackling FGM.

The World Health Organisation (WHO) describes FGM as a violation of human rights, and says the practice is mostly carried out on girls from infancy up until the age of 15.

FGM is most common in parts of Africa, Asia and the Middle East, and the WHO estimates that 125 million women alive today have been harmed by FGM.

The practice is carried out for cultural reasons which often have a religious undertone, and has no medical basis. It involves partial or total removal of parts of the female genitalia, and genital mutilation.

The painful procedure can cause serious long term effects for women, including recurring bladder and urinary tract infections, infertility and even death.

In 2013, Detective Chief Superintendent Gill Imery of Police Scotland said FGM should be treated as a child protection issue and investigated as a form of child abuse.

The Scottish Government says FGM has been illegal in Scotland since 1985 and carries a penalty of up to 14 years imprisonment. However, during the BBC’s 2013 investigation, concerns were raised over a lack of referrals of FGM cases from health boards to social work departments, and of the few cases police had dealt with none had gone on to be reported to the procurator fiscal.