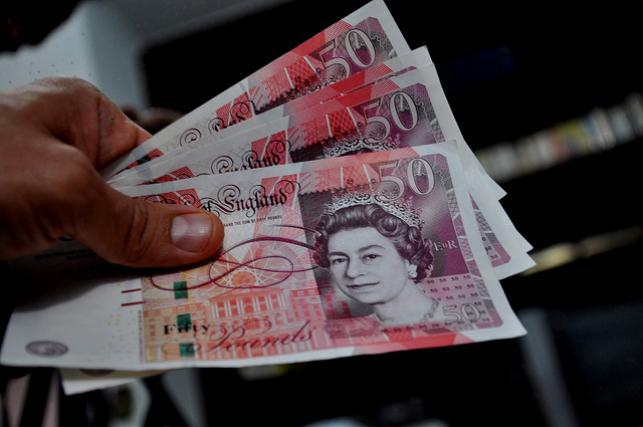 THE SCOTTISH GOVERNMENT has emphasised that any additional funding for Citizens Advice Scotland should not come “at the expense of local authorities” while reiterating its opposition to the controversial Universal Credit roll-out, following the announcement of a £39m funding partnership between the Citizens Advice network and the UK Government’s Department of Work and Pensions.

The funding is intended to aid Citizens Advice in setting up a new support service for benefit claimants, many of whom have complained of unliveable weeks-long delays, impenetrable bureaucracy and administrative failures.

At the Conservative Party conference earlier this week, work and pensions secretary Esther McVey announced the new partnership with Citizens Advice, saying: “The state cannot, and should not work in isolation and must reach out to work with independent, trusted organisations to get the best support to vulnerable people.

“This brand new partnership with Citizens Advice will ensure everyone, and in particular the most vulnerable claimants, get the best possible support with their claim that is consistently administered throughout the country.”

However, while the new funding was cautiously welcomed by the Scottish Government, cabinet secretary for social security and older people, Shirley-Anne Somerville, has warned that the cash must not come at the expense of local authorities, and reaffirmed the Scottish Government’s opposition to the roll-out of Universal Credit.

“The chaotic introduction of Universal Credit is failing people and causing debt, rent arrears, and extreme hardship across Scotland, and I have repeatedly called on the UK Government to stop the roll out.” Cabinet secretary for social security and older people Shirley-Anne Somerville

Speaking to CommonSpace, Somerville said: “The chaotic introduction of Universal Credit is failing people and causing debt, rent arrears, and extreme hardship across Scotland, and I have repeatedly called on the UK Government to stop the roll out of Universal Credit until they can fix the fundamental flaws in this shambolic system.

“Whilst any additional funding for Citizens Advice Scotland is welcome, this should not be at the expense of local authorities. The UK Government’s proposals will take away funding from local authorities – a move which was not discussed with Cosla, and will exacerbate the funding pressures faced by councils and advice services, ultimately negatively affecting those claiming Universal Credit.

“This year we will invest over £125 million in 2018/19 on mitigation and measures to help protect those on low incomes from the worst impact of the UK Government’s welfare cuts – that’s money we could be investing elsewhere. The UK Government now need to urgently set out how they will fund local authorities to meet the additional administrative costs of the roll out of Universal Credit.”

“I cannot understand how Citizens Advice, an organisation at the very heart of our communities for nearly 80 years can support a partnership deal with the DWP.” Welfare Scotland chair Rob McDowall

Citizens Advice Scotland has elaborated on the nature of the partnership, saying the new funding will complement the work it already does in helping claimants navigate the Universal Credit system.

Derek Mitchell, chief executive of CAS, said: “In person through local CAB, by phone and online, our network offers top quality advice and support to people applying for Universal Credit in Scotland.

“This announcement brings an opportunity to further enhance the support we provide, and we are pleased that the impact Universal Credit has on potential applicants – and on local CAB services in Scotland – has been recognised.

“We expect the numbers of people in need of independent advice on Universal Credit applications will continue to increase, and delivering this service will help us as we do all we can to meet that need.

“We will continue the work that the Citizens Advice network in Scotland has always done: supporting individuals to resolve the problems they face, and advocating nationally to address the root causes of those problems.”

However, Citizens Advice has faced criticism for entering into a formal relationship with the DWP from critics of Universal Credit. Rob McDowall, chair of the not-for-profit Welfare Scotland group, commented in the aftermath of the announcement: “I cannot understand how Citizens Advice, an organisation at the very heart of our communities for nearly 80 years can support a partnership deal with the DWP to assist them deliver a seriously flawed social security programme such as Universal Credit.

“Full service roll out hasn’t been implemented but we are already seeing significant negative impacts the length and breadth of the country. We have thousands of stories of real people being cruely affected by this programme and I am confident Citizens Advice will have had a similar experience of Universal Credit.

“The reality is the system isn’t fit for purpose and the predictable, mealy-mouthed statement from Esther McVey shows that this partnership is more about the DWP offloading the responsibility of the department to support those in need to access the benefits they are entitled to, and less about a real effort to better understand and reform the system.”

A Citizens Advice Scotland report in late 2017 showed that the number of Scots seeking aid from the national advice network had increased by almost 200 per cent when compared to the previous year, and that over half of the queries concerning benefit and debt received by CAS in 2016/17 were related to Universal Credit.

“This is not scaremongering but the experience of claimants and their advisers on the ground.”

Nevertheless, Mitchell defended the new scheme, telling Third Force News: “The Citizens Advice network in Scotland has seen first-hand how much hardship Universal Credit has caused to people claiming it in Scotland, and we still firmly believe that all issues causing that hardship must be addressed.

“We are the front-line of advice and support for many of those claimants, and this additional funding will boost our ability to provide the support they need. It’s important to state however that our position on problems with Universal Credit has not changed, and nor has our impartiality – which is the cornerstone of our service.

“We will continue to urge the UK Government to fix flaws in the Universal Credit system, and our advice to claimants remains completely free, confidential and impartial.”

Speaking to CommonSpace, the writer and social policy expert, Professor Paul Spicker, acknowledged the fears behind criticism of the new partnership, but emphasised the need to immediately help those suffering as a result of Tory welfare reforms, saying: “All advice agencies have been put under a huge amount of strain by the current policy. And you have to ask: who are you there for? Welfare rights agencies such as Citizens Advice are there for the people who are being damaged by this [policy]. You also have to ask: how can you best do that?

“Now, I know there are some people, that if they see somebody drowning, think what’s really important to do is go off and argue with the people who are pushing them. Obviously, there’s a reasonable argument for that. But you’ve got to do something about the situation that people are in here and now.

Addressing critics such as Welfare Scotland, Spicker continued: “I think that they’re concerned about independence. I know that the Citizens Advice bureaux have also been apprehensive about what government funding will do to their own activities and independence. But we’re talking about a fantastically complicated system; it cannot conceivably hope to work. We know that lots of people have very large difficulties in navigating their way through basic things, like making a claim. If Citizens Advice are able to help people, I can only say more power to them.

“If we’re talking specifically about Universal Credit, the very best you can hope to do is mitigate some of the damage that claimants are experiencing. I would defend that as one of the core aims of welfare rights groups anywhere. We cannot just throw people to the wolves.”