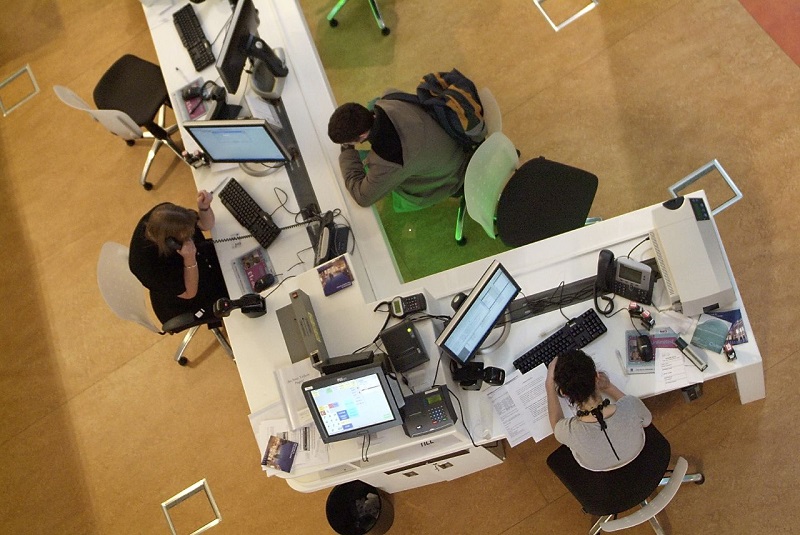 THE SCOTTISH GOVERNMENT announced on Thursday it would guarantee EU students starting university as late as 2020 would not have to pay tuition fees for the four academic years following Brexit, saying it hoped the decision would provide clarity and allow EU students to study in Scotland with confidence.

Announcing the decision, the Scottish Government’s higher education minister, Shirley-Ann Somerville said in Holyrood that Scotland was an outward-looking nation: “This government remains absolutely committed to our country continuing to be an open, welcoming and diverse nation.”

Somerville said the impact on EU students of the lack of clarity from the UK Government on freedom of movement was “unacceptable.”

Current EU membership rules mean Scotland must give EU students with free tuition in order to provide it to Scottish domiciled students, however, the Scottish government is free to charge students from the rest of the UK tuition fees.

“Indeed as the Universities Scotland campaign summed up so succinctly – Scotland Welcomes the World.” Shirley-Anne Somerville

The Scottish Government also repeated calls for the UK Government to clarify its position on the popular Erasmus+ programme, which allows university students to undertake study abroad for a period of time during their degree.

Somerville added that although Scotland had voted decisively to remain in the EU, the government “must prepare for an outcome none of us want”, but insisted Scotland’s distinct voice to be diminished: “Whatever the outcome of the Brexit negotiations, we must send a clear signal not only to people who are already studying here,  but also potential students from the EU and further afield.

“By our words and by our actions, we can show the world that we remain an open nation which values diversity and that we are a welcoming country. Indeed as the Universities Scotland campaign summed up so succinctly – Scotland Welcomes the World.”

NUS Scotland Vice President Jodie Waite welcomed the announcement: “Today’s statement is welcome, providing much-needed clarity to EU students looking to come to Scotland to study from autumn 2019, as well as setting out new measures to support international students to study in Scotland.

“We know that international students – whether from the EU or elsewhere – make huge cultural, economic, and educational contributions to our colleges and universities, and to our country as a whole.

“Scotland’s students enjoy a range of opportunities and benefits as a result of EU membership. Right now they can study in Paris just as easily as they can study in Paisley – thanks to freedom of movement and student mobility programmes like Erasmus+. We welcome the Scottish Government’s ongoing support for these to be safeguarded.

“The UK Government must take steps to end uncertainty, protect student opportunities and ensure our colleges and universities continue to be attractive places for students from around the world to come and study. That must include securing the freedom of students to move through the EU to work and study, removal of international students from net migration figures, and reinstatement of the post-study work visa.”