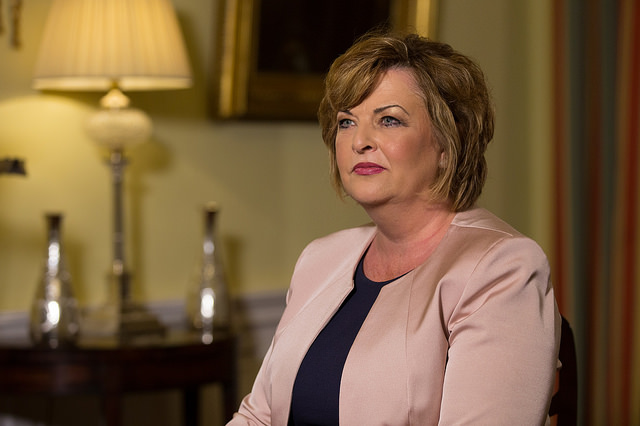 THE SCOTTISH GOVERNMENT has published a discussion paper outlining the case for a Scottish migration policy tailored to Scotland’s needs, which it said was “overwhelming” in light of the predicted impact on Scotland of UK targets.

External affairs secretary Fiona Hyslop launched the paper on Wednesday, and argued that the UK Government’s target of reducing net immigration by tens of thousands would be “catastrophic” for Scotland.

If these targets were to be met in light of the projected number of deaths in Scotland – which is expected to outweigh the number of births every year for the next 22 years – the cost to Scottish economy would be up to £10bn per year by 2040.

Hyslop said: “In the absence of clarity from the UK Government on what migration policy will be post-Brexit, this paper looks in some detail at Scotland’s population needs and how they can be achieved.

“It is clear that the UK Government’s plans to reduce migration would not support Scotland’s economy or our population needs – all of Scotland’s population growth over the next 25 years is projected to come from migration. So this paper sets out what a devolved migration system could look like, and the principles we would follow.

“There is now an overwhelmingly strong case for Scotland to have the power to tailor its own migration policy to reflect its own unique circumstances. Indeed, there is a growing consensus that this is the only logical step in the face of UK Government policy which is determined to restrict the number of people who can choose to make Scotland their home.”

The paper lays out proposals for increased powers for Scottish ministers to shape a Scotland-specific policy, including the ability to set specific criteria to address Scotland’s needs, devolution of powers to make it easier for migrants’ and UK citizens’ family members to join them in Scotland, and a new Scottish administrative body to deliver the policy.

This follows recent analysis published by the Scottish Government which showed that by 2030, productivity and migration would account for 60 per cent of Scotland’s GDP in a no deal Brexit scenario, and 26 per cent in a full EU membership scenario.

Hyslop added that inward migration had benefits for Scotland beyond the purely economic. “By welcoming people to live, work and study in Scotland we can strengthen our society and enrich our lives,” she said.

She continued: “Migrants contribute to our economy by bringing new skills and fresh approaches. Without their contribution Scotland’s economic growth will suffer. Scotland’s economy is heavily reliant on inward migration – particularly of workers with the skills we particularly need, like those I met today in Dundee.

“This paper demonstrates that it simply does not make sense to set arbitrary targets to reduce net migration, or to end free movement of people by leaving the single market.”

Entitled ‘Scotland’s Population Needs & Migration Policy, the document is one in a series of discussion papers making the case for further devolution of powers to the Scottish Parliament, as announced in the Programme for Government for this year.

In December, the pro-independence think tank Common Weal released its own paper calling for the devolution of immigration and employment law to Scotland, to enable a a workers’ rights-based approach to immigration post-Brexit that benefits all workers.

Written by researcher and Unity Centre volunteer Mark Butterly, the Common Weal paper argues that freedom of movement should be retained, while rights for workers within this should be strengthened, for example by introducing heavier fines and penalties for companies exploiting migrant workers.

Alongside this, Butterly makes the case that all migrants, and not only those from within the European Economic Area, should enjoy universal rights, and that the right to work and access social security should be extended to asylum seekers.

Responding to the Scottish Government’s paper, Scottish Green MSP Ross Greer MSP said: “Migration is culturally enriching and it massively strengthens our economy and public services such as the NHS.

“Scotland relies on migration far more than the rest of the UK, so keeping these powers reserved to Westminster and under the control of a Tory Government intent on inflicting self-harm to appease its own hard right wing makes little sense.

“It is clearly time for the UK to follow the lead of Canada, Switzerland and others by devolving controls over immigration policy. We need to set policies which meet Scotland’s needs and aspirations and that will not happen with immigration controlled from Westminster.

“Scotland must remain an open and inclusive country, where migrants from anywhere in the world can come, contribute to our economy and society, and enjoy the same rights as others who live here.”

A Home Office spokesperson commented: “After we leave the EU, we will put in place an immigration system which works in the best interests of the whole of the UK.

“Decisions about our future immigration system will be based on evidence, which is why we have asked the independent Migration Advisory Committee to assess the economic and social impact of EU citizens in all parts of the UK.

“We are engaging with and considering the view of all stakeholders – including the Scottish Government and businesses in Scotland.”