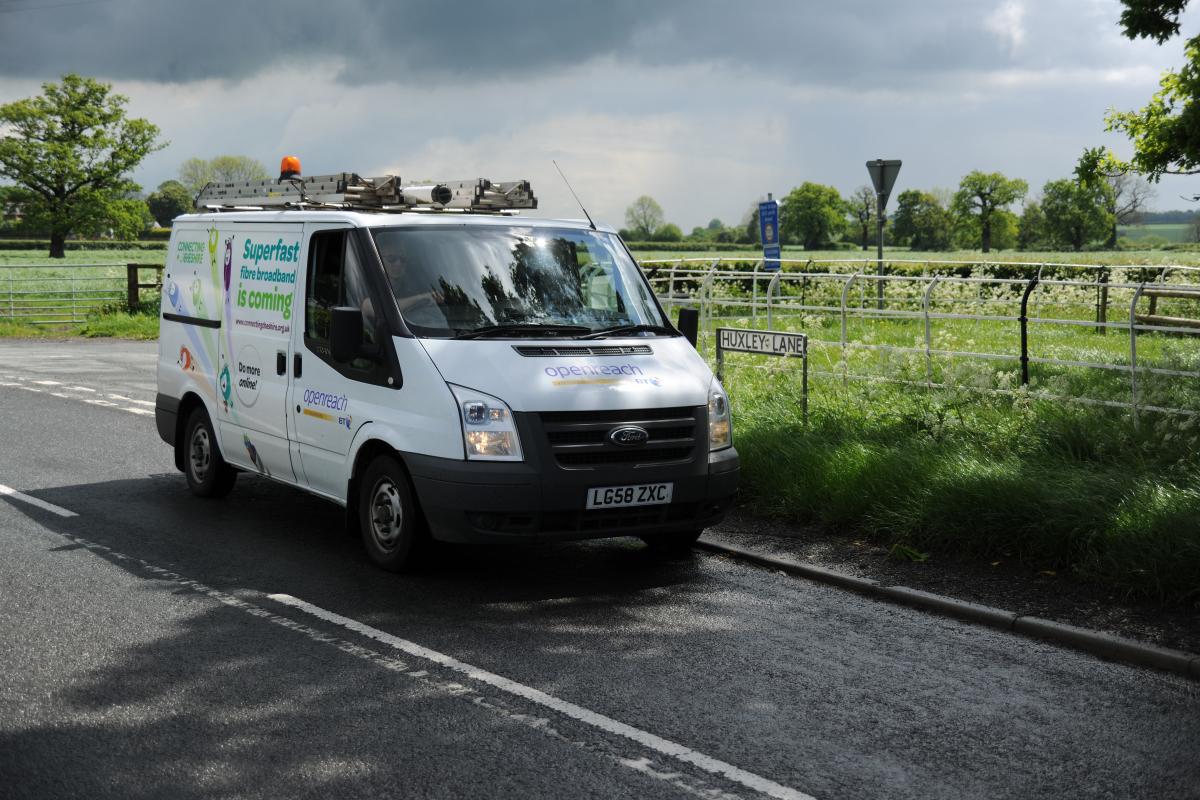 THE SCOTTISH GOVERNMENT has been urged to rethink its broadband strategy in a new report which claims rural communities are suffering from a lack of progress on the roll out of the service.

Rural communities are excluded from social and economic opportunity by lack of access, according to the report, with one community broadband group describing the effects of this as “the Digital Clearances”.

Scottish Rural Action is urging the Scottish Government to invest more in backhaul, which is what connects individual networks to the internet and would allow communities to set up their own networks, rather than waiting for the roll out of programmes over which they have no control. This recommendation comes in light of long waits for communities anticipating BT coverage and a protracted procurement process with CBS.

Six council areas are yet to achieve the contractual target of 75 per cent access to fibre broadband: Perth and Kinross, Highland, Argyll and Bute, Orkney Islands, Shetland Islands and the Western Isles.

Amanda Burgauer, chair of SRA, told CommonSpace: “SRA feels that if the Scottish Government focused investment on backhaul provision, it would give the rural economy a boost, as local businesses and community groups would then be able to develop local solutions.  It’s in every community’s interest to have superfast broadband and this is more likely to meet the 100 per cent target than the current approach.”

The Scottish Government, in partnership with BT and other public funding sources, is investing £412m through the Digital Scotland: Superfast Broadband (DSSB) programme to ensure 95 per cent access to fibre broadband by 2017 and 100 per cent by 2021.

The SRA report highlighted a number of difficulties experienced by rural communities regarding the DSSB programme.

“Communities have found it extremely difficult to find out what to expect for their area and projects have been delayed for long periods, years in many cases, trying to find out whether they will be covered or not. Public information does not always tie in with information shared by BT with both Scottish Government and local authorities,” it stated.

A report by Audit Scotland last month indicated that the programme is on track to meet its 2017 target of 95 per cent, but that “so far, most of the roll-out has been concentrated on easier-to-reach areas”. Reaching the final five per cent is expected to be a greater challenge. Data presented by Audit Scotland shows that six council areas are yet to achieve the contractual target of 75 per cent access to fibre broadband: Perth and Kinross, Highland, Argyll and Bute, Orkney Islands, Shetland Islands, and the Western Isles. Local authorities with more rural and remote areas are those with the lowest levels of access so far, while West Dunbartonshire, Dundee City, and North Lanarkshire have the highest.

“Some areas of Scotland, in particular the Highlands, are facing what could easily be described as the Digital Clearances due to the lack of basic infrastructure”. Elgar Finlay of community group North Skye Broadband.

Areas not currently benefiting from the roll-out have access to funding and support through Community Broadband Scotland. However, the SRA report suggests that this initiative is failing rural communities. The report criticises the way CBS has dealt with community groups, highlighting “poor communications and lack of respect for the work of volunteers”. It also claims that groups leading on projects feel left out of the procurement process, while CBS has spoken directly to suppliers.

Elgar Finlay, project manager for North Skye Broadband, spoke to CommonSpace about the community group’s experience of over 12 months of delays due to expiring procurement rules and further delays with CBS.

“Given the skill base and talent at the disposal of some community projects such as North Skye Broadband, there is no doubt that the procurement process would be almost at conclusion by now if we were offered direct financial support rather than being forced through a drawn out and over complicated CBS process,” he said.

Speaking of communities’ desperation for broadband access, he said: “Some areas of Scotland, in particular the Highlands, are facing what could easily be described as the Digital Clearances due to the lack of basic infrastructure.

“Many of our communities and businesses are struggling with less than 1Mbps [megabits per second] and the digital divide between the cities is ever increasing.

“People in rural communities are now effectively being forced to move simply to get access to what is becoming the norm in our cities and is even more vital for our remote and fragile communities.”

Andrew Ferguson from thinkbroadband, an independent broadband news and information site, provided its view on some of the report’s recommendations, and noted that “things are a lot better than two or three years ago”.

“Providing cheap backhaul access so that communities can deliver their own solutions is a common suggestion, and we know of some smaller Wi-Fi operators using wireless relays from existing Openreach VDSL2 locations in parts of the UK, so to some extent this is already happening.

“The problem with community solutions is that there are only so many extremely engaged people willing to spend the time to deliver community solutions so while it may work for some areas, there might be many more where a backhaul option remains unused for decades.”

In response to the report, the Scottish Government citied its investments to date in DSSB, with over 620,000 premises accessing fibre broadband by July this year, and areas covering a further 22, 000 premises gaining funding or support through CBS.

“The Scottish Government welcomes the publication of this report by Scottish Rural Action’s Broadband Working Group and their five key recommendations,” a spokesperson said.

“This Government has put digital connectivity at the heart of its agenda and delivering 100 per cent superfast broadband coverage for Scotland by the end of the next Parliament is one of our key priorities, and we intend to outline the next steps on this later this year.

“We do however recognise that more can and must be done to improve connectivity, particularly in our most remote and rural communities. The Scottish Government commits to reflecting on the report and the recommendations therein”.