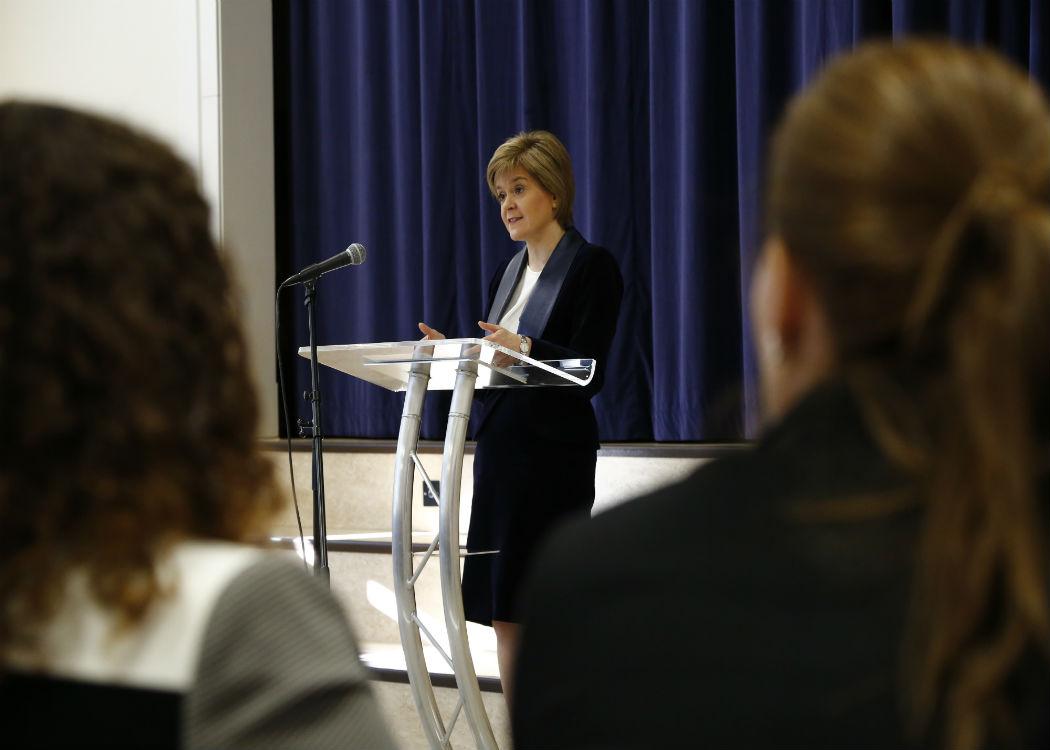 FIRST MINISTER NICOLA STURGEON is set to announce PS190,000 in funding to help women into employment through the cuts hit Women’s Aid charity.

Speaking to Women’s Aid today (8 March), the SNP leader will say that the funding will help women “struggling to rebuild their lives” after an abusive relationship to get into work.

However, the PS190,000 comes after the announcement of serious financial shortfalls suffered by the charity as the result of austerity. Women’s Aid, which relies heavily on government funding, announced last year that thousands of women and children could lose access to its specialist aid as a result of cuts.

Quoted in the Evening Times ahead of her speech for International Women’s Day, Sturgeon said: “Women face a range of barriers that may prevent them moving into employment but none more so than if they are struggling to rebuild their lives after suffering abuse at their hands of their partner.”

“This funding will ensure women who may previously have lost confidence or who have relied on their partner’s income now have a chance to become more financially independent.” Nicola Sturgeon

“That’s why the Scottish Government is dedicating this additional funding to help women access fair employment opportunities and develop themselves both professionally and personally.

“Nobody should live in fear at home or within their wider community. We need to do more to help rebuild the lives of these survivors.

“This funding will ensure women who may previously have lost confidence or who have relied on their partner’s income now have a chance to become more financially independent.”

Women’s Aid services are under threat across Scotland, including in West Dunbartonshire, North Lanarkshire, Fife, North Ayrshire and the Highlands.

In January 2016 the Scottish Government announced additional funding for Women’s Aid groups, but some have questioned the efficiency of direct funding at a time when the charity’s work is undermined by local government cuts.

Lib Dem Scottish elections hopeful for the Highlands region, where Women’s Aid groups will receive just PS10,000 each of additional funding, Carolyn Caddick said: “This does not address the cuts to all the other critical third sector organisations that work in tandem with the council to support the most vulnerable in our society.”