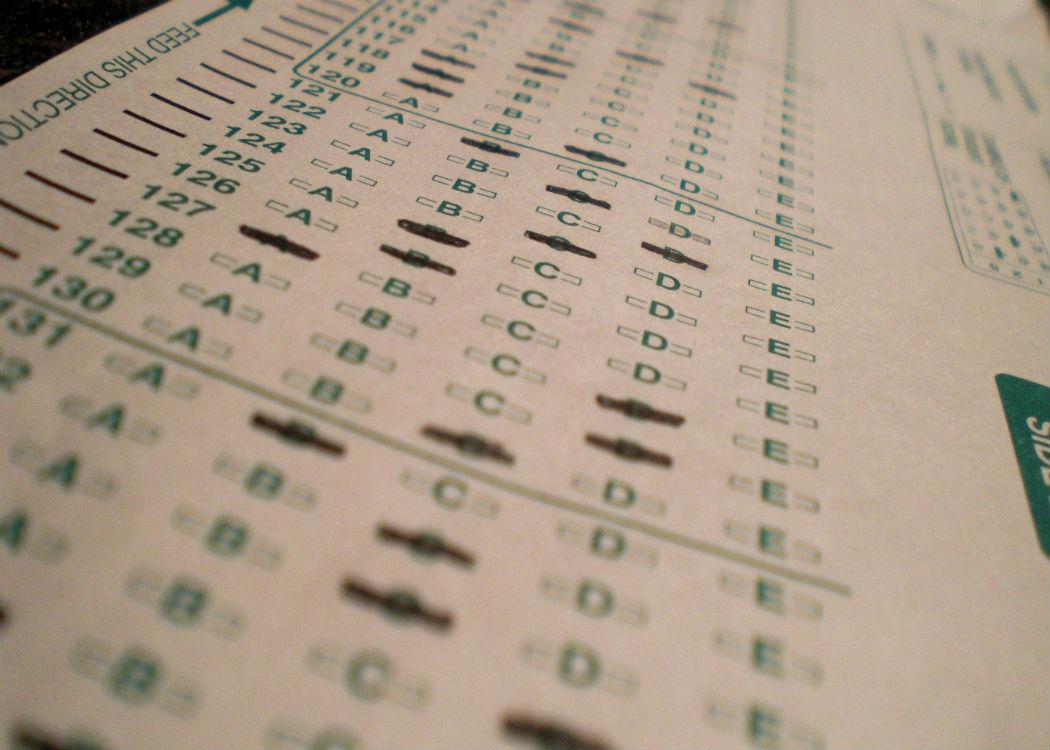 FIRST MINISTER Nicola Sturgeon has announced that the Scottish Government will reintroduce standardised testing for primary Schools and in the first years of secondary school.

The measure was announced as part of the Scottish Government’s programme for government for 2015-2016.

Speaking in the Scottish Parliament, Sturgeon said: “I can confirm that we will establish a new National Improvement Framework – a draft of it is being published today.

“We will introduce new national standardised assessments for pupils in primaries one, four, seven and in the third year of secondary school,” she added.

She stated that the measures would be rolled out to the entire school system : “The new assessments will focus on literacy and numeracy. They will be piloted next year in schools participating in the Attainment Challenge and then introduced in all schools in 2017,” she said

“We know that most local authorities in Scotland – 30 out of 32 councils – currently utilise standardised tests to some degree so they are clearly not a cure-all for raising attainment.” Larry Flanagan, EIS general secretary

Larry Flanagan, general secretary of the EIS Scottish teachers union said: “EIS is encouraged to see that the first minister has been listening to the EIS, and others, and is not advocating a return to the failed high-stakes testing regime of the past, which the EIS would have opposed resolutely.”

However, he added that standardised testing in itself would not solve problems of attainment: “We know, however, that most local authorities in Scotland – 30 out of 32 councils – currently utilise standardised tests to some degree so they are clearly not a cure-all for raising attainment.

“That can best be achieved by lowering class sizes, improving pupil-teacher ratios, and tackling the blight of poverty amongst school-age children,” he said.

Speaking to CommonSpace, a spokesperson for another teacher’s Union, NASUWT, said that the new measures contained elements that teachers would welcome, but said that care had to be taken over implementation: “A lot depends on how it is implemented into existing teaching methods, what message is going to the profession,” she said

“Standardised testing doesn’t necessarily fit with the ethos of the new curriculum for excellence. Teachers must have the ability to explore educational practices beyond a rigid national framework,” she added

She also said that standardised testing becoming a basis for school league tables was “completely unacceptable”.

“Standardised testing doesn’t necessarily fit with the ethos of the new curriculum for excellence. Teachers must have the ability to explore educational practices beyond a rigid national framework.” NASUWT spokesperson

In her announcement, Sturgeon addressed many of these concerns, stating: “I have no desire to see crude league tables that distort rather than enhance our understanding of children’s attainment and performance.”

Rather than disrupt the recently implemented new Scottish curriculum, she said: “These new assessments will introduce greater consistency to Curriculum for Excellence.”

Speaking to CommonSpace, Mary Scanlon MSP, Conservative shadow minister for education, said: “I am delighted that the government are finally responding to the glaring need for standardised testing.

“Experts agree that there is a need for standardised tests and parents also want it. There is an absence of data from primary schools and it is needed to provide additional help where children are struggling,” she added.

Other policies announced in the programme for government include a new social security bill, new legislation to tackle domestic abuse, the replacement of the UK Government’s work programme and the “earliest possible” abolition of the bedroom tax.