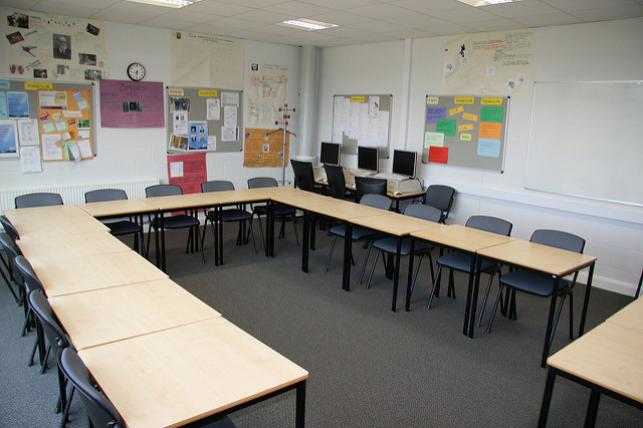 THE SCOTTISH GOVERNMENT has faced fresh calls to abolish its new regime of standardised testing after feedback from teachers raised concerns about the assessments’ impact on the mental health of young children.

Feedback submitted to the Educational Institute of Scotland (EIS) teaching union, including 172 pages of comments from its members, has been released in response to a Freedom of Information request from the Scottish Liberal Democrats, which includes accounts of primary one pupils being left shaking and crying by the national tests.

The Scottish national standardised assessments (SNSA) were introduced under First Minister Nicola Sturgeon for all pupils in primary one, four, seven and then again in the third year of secondary school. The tests attempt to measure the attainment gap in Scottish schools, following concerns raised by opposition parties over standards in literacy and numeracy.

While supported in principle by the Scottish Conservatives, the new tests have faced severe criticism from both the education sector and left-wing opponents of the education reform.

In 2015, CommonSpace revealed that the Scottish Government had received only a handful of pieces of written evidence prior to unveiling the new tests for primary schools, with only four submissions – all emails – sent by only two education advisors in the three months before the policy was launched.

The Scottish Government has said that a review of the first year of the new standardised testing is under way and will be published later this month.

The newly revealed feedback shows that several schools were forced to call in learning support teachers to help administer the tests, which in some cases took weeks to complete.

Throughout the feedback, teachers raise consistent concerns over both the negative impact and the questionable value of the assessments, with one teacher writing: “This is a massive use of staff resources that could be put into supporting children instead of performing tests that are not useful.”

“This is a massive use of staff resources that could be put into supporting children instead of performing tests that are not useful.” Anonymous Scottish teacher

However, the feedback shows many teachers do not believe the tests provide useful data, with the assessments described by some as “absolutely useless”, a “complete waste of everyone’s time” and “wholly unreliable”.

Elsewhere in the comments, the material covered in the assessments was described by teaching staff as “completely inappropriate” and of “absolutely no relevance to the curriculum”.

The repercussions of the tests upon children’s mental health and wellbeing has proved to be of particular concern to the respondents featured in the feedback, with the depute head of one primary school stating that even the most advanced pupils were left “upset and worried” by the assessments.

“Less common, but still far more frequent than is at all acceptable are children who display extreme signs of distress, shaking and crying. Where this happens we stop the test but by then the damage is already done.

“One child has soiled themselves due to the extreme distress caused by the test.

“This is not a function of how we administer them. We sit, one-to-one on a beanbag, with the child, supporting them and offering them comfort. It is entirely a function of the tests themselves.”

One teacher argued that “the stress of making children answer a question that they can’t understand is unnecessary and cruel”, while another claimed that the assessments “completely contradict” any efforts to promote good mental health.

Scottish Liberal Democrat leader Willie Rennie said: “The feedback from teachers from every corner of Scotland is brutal.

“There is no salvaging this policy and if it continues it will be because ministers are more interested in saving face than they are in giving children the best start to their schooling.”

In the past, concerns have also been raised about the spiralling cost of the new tests, with Tes Scotland reporting earlier this year that the bill for the assessments was set to hit £4.6m by July of this year.

“We will continue to listen to the views of teachers and take the action necessary to improve standards in our schools and to close the attainment gap.” Scottish Government spokesperson

A Scottish Government spokesman said: “Standardised assessments provide information to help teachers to check progress in early maths, literacy, development and behaviour, and identify where further support may be required.

“We are currently conducting a user review of the first year of the assessments, which includes listening to the experience of teachers. The review will set out changes and enhancements to the system for next year and will be published in August.

“We will continue to listen to the views of teachers and take the action necessary to improve standards in our schools and to close the attainment gap.”

The feedback also includes accounts of children getting higher scores on the tests than their more advanced peers by randomly choosing answers, with one East Ayrshire teacher saying: “Children who are academically poor could and did get high scores just by clicking the correct answers by chance as it was multiple choice.”

One Inverclyde teacher has called on the EIS to instruct its members to boycott the literacy and numeracy tests, saying: “Massive workload issue for PTs… In general yet another needless increase in workload for no reason at all, the Union should instruct us to boycott them”.

EIS assistant secretary Andrea Bradley commented: “Our members have consistently raised concerns over the educational value of SNSAs, and the potential for these assessments to become an unhelpful additional pressure on pupils and staff.

“The EIS has raised particular concerns over the use of this type of standardised assessment in P1 when pupils are at a very early stage of their formal education. All assessment must be appropriate to the age and stage of pupils and must genuinely support their learning.”

Speaking to CommonSpace, teacher and journalist James McEnaney – who in an article co-written with Andrew Denholm in June of this year revealed many of the concerns now published in the new feedback – commented: “Concerns about the impact of the SNP’s new testing system – in particular relating to children aged 4 and 5 years old – have been growing for some time.

“There no good reason to force five-year-old children through formal, stressful tests such as these and people are right to be concerned.” Journalist James McEnaney

“This story, combined with recent reports from myself and Andrew Denholm, paints an especially troubling picture of an unintended but entirely foreseeable consequence of one of Nicola Sturgeon’s flagship education policies.

“This all began with the First Minister panicking over education data and, at the same time, caving in to pressure from an ideologically-motivated Ruth Davidson – and look where it has brought us.

“There no good reason to force five-year-old children through formal, stressful tests such as these and people are right to be concerned about what such a policy says about the direction of travel for Scottish education.”

McEnaney, in his former capacity as education spokesperson for the socialist party RISE, headed up the 2015 report ‘Placing Our Trust in the Teaching Profession: the case against national standardised testing’, which argued that Australia’s national assessments, introduced in 2008, are “strikingly similar” to the Scottish tests, and pointed to research which suggested standardised testing leads to teaching to the test and a narrowing of the curriculum. The report also argued that evidence from the Organisation for Economic Cooperation and Development (OECD) cited by the Scottish Government has actually strengthens the case against standardised testing.

“Nobody is arguing for an ‘end to testing’, simply that this particular type of assessment is at best of little if any value and at worst actively detrimental both to individual children and to the education system.” Journalist James McEnaney

McEnaney continues: “Teachers assess (or “test”) their students every single day and then adapt their plans based on the results – that is, in the clearest sense, what the actual process of teaching involves. Nobody is arguing for an ‘end to testing’, simply that this particular type of assessment is at best of little if any value and at worst actively detrimental both to individual children and to the education system as a whole.

“In response the government has once again claimed that it is listening to teachers but we must remember that it ignored the profession when it imposed this testing system despite widespread opposition is an extraordinary lack of appropriate written advice.

“It’s also worth noting that the government has never been up-front about how much of the test data will be collected and how this might be used, or about the fact that parents can withdraw their children from these tests by instructing their school to do so – this is not the behaviour of a government confident in the merits of its own policy.”