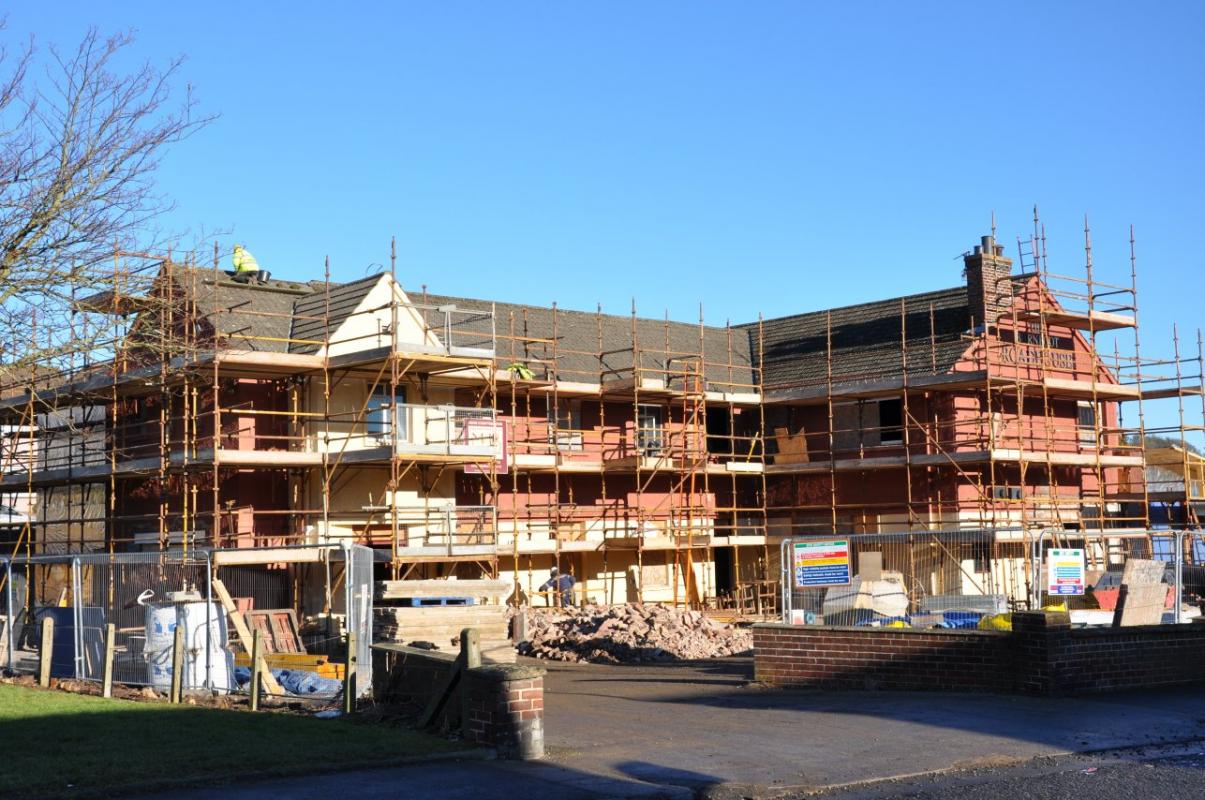 THE SCOTTISH Government is being urged to do everything within it’s powers to soften the effect of the rollout of Universal Credit throughout the next sitting of parliament.

The Scottish Federation of Housing Associations (SFHA) is demanding housing be kept “centre stage” after the first minister revealed the Programme for Government 2017/18 yesterday.

SFHA welcomed the government’s commitment of providing 50,000 affordable new homes by 2021, but encouraged it to tackle fuel poverty and to “mitigate” the expected impact of Universal Credit.

“While these issues remain reserved to Westminster, it is crucial that  the Scottish Government can mitigate their effects.” Scottish Federation of Housing Associations

“However, the rollout of Universal Credit, the Local Housing Allowance Cap and lack of clarity on supported housing are undermining the sustainability of the social rented sector.

“While these issues remain reserved to Westminster, it is crucial that  the Scottish Government can mitigate their effects.

“We have asked that the Scottish Government ensures any recipients in receipt of Discretionary Housing Payments are seen as and treated as part of the ‘Scottish social security system’.”

Discretionary Housing Payments can be paid to people in receipt of housing benefit or Universal Credit who require additional help to pay housing costs.

“We also want to see the Scottish Government use its capacity effectively to abolish the ‘bedroom tax’ and to exercise powers to vary Local Housing Allowance rates, eligible rent rates and the level of non-dependent deductions,” Thomas said.

Thomas added that Universal Credit is not performing “as it should” and called for the Scottish Government to provide a duty to local authorities to provide a Discretionary Housing Payment scheme.

“The DWP is intent on rolling it (Universal Credit) out regardless – despite calls from organisations with direct experience of the problems caused by the system, asking for the roll-out to be paused whilst solutions are put in place. In the absence of a pause, there will be a pressing need to mitigate Universal Credit’s more detrimental consequences.”

CommonSpace reported last month that SFHA had asked the Scottish Government to use a reform of the planning system to build the targeted 50,000 new homes. A new planning bill is expected to be raised during the forthcoming sitting of parliament.

“A lack of access to affordable land threatens the pace of development.

“In order to tackle this, we would like to see local authorities allowed to transfer land at existing value for development and national or regional bodies set up to deliver infrastructure up front in order to unlock key sites and increase the delivery of affordable housing,” Thomas said.

Common Weal announced this week it has set up The Housekeeping Scotland Convention, which will take place at Glasgow University on Saturday 8 October. The event will host expert guest speakers from the housing sector.

“We have repeatedly warned that the UK Government’s chaotic roll out of universal credit is having an adverse impact on people.” Scottish Government

A Scottish Government spokesperson told CommonSpace a Warm Homes Bill was revealed in the Programme for Government aimed at ending fuel poverty.

In addition, it said the government had already spent £8.2m for local authorities to mitigate the impact of the Benefit Cap.

A Scottish Government spokesperson said: “The rate of house-building completions across all sectors puts Scotland ahead of England and Wales, and we outperform the whole of the UK in new build social sector completion rates.

“We are on track to deliver even more houses in this parliamentary term with our commitment to deliver at least 50,000 affordable homes – including 35,000 social homes, backed by over £3bn investment during the lifetime of this parliament.

“We have repeatedly warned that the UK Government’s chaotic roll out of universal credit, particularly the unreasonable six-week wait for first payment, is having an adverse impact on people.

“We urgently call for the UK Government to listen to the real-life impact of their policies and immediately halt its roll-out, or risk pushing more households into hardship.”