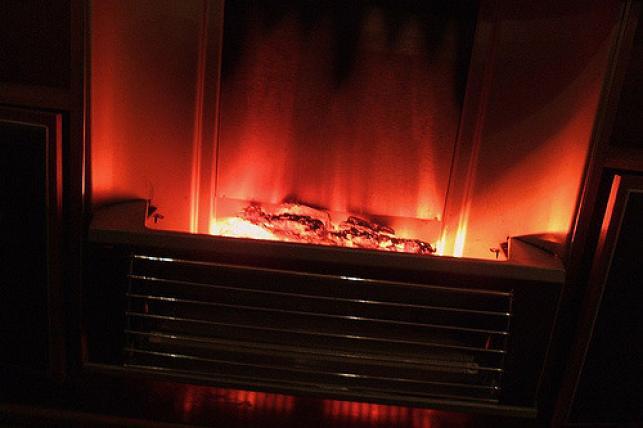 THE SCOTTISH GOVERNMENT’S Bill on fuel poverty, which will set targets to reduce fuel poverty in Scotland, is a “missed opportunity” to address previous failures, an energy poverty expert has argued.

Dr Keith Baker, researcher in fuel poverty at Glasgow Caledonian University and co-founder of the Energy Poverty Research initiative, responded to the introduction of the Scottish Government’s Fuel Poverty (Targets, Strategy and Definition) (Scotland) Bill on 27 June by echoing criticism from groups such as Citizens Advice Scotland (CAS) and the Scottish Federation of Housing Associations (SFHA) that the bill’s proposals were insufficiently ambitious.

Speaking to CommonSpace, Dr Baker said: “The Scottish Government’s Fuel Poverty (Targets, Strategy and Definition) (Scotland) Bill (known as the Warmer Homes Bill) is a missed opportunity to address the failings that led to its failure to eliminate fuel poverty as far as practicable by November 2016.

“If the definition of insanity is doing the same thing over and over again and expecting different results then this is exactly what the Scottish Government have done by pursuing the proposals set out under the new Bill and the forthcoming Energy Efficiency Strategy.”

Under the target set out in the bill, no more than five per cent of Scottish households should be living in fuel poverty by 2040. The bill would also create a new definition of fuel poverty, which would class a household as ‘fuel poor’ if its required fuel costs are more than 10 per cent of the household’s income after other housing costs have been paid, provided the remaining income is insufficient for maintaining an acceptable standard of living.

The new bill will also require ministers to publish a fuel poverty strategy, and to provide a progress report every five years, as well as a report at the end of the target date.

“If the definition of insanity is doing the same thing over and over again and expecting different results then this is exactly what the Scottish Government have done.” Fuel poverty expert Dr Keith Baker

In May of this year, a group of 50 civil society and business groups led by the Existing Homes Alliance published a joint statement warning that the Scottish Government was in danger of missing a “once in a generation” opportunity to address the practical and economic factors surrounding cold and damp homes throughout Scotland. The Warm Homes Bill itself was promised in the SNP manifesto prior to the 2016 Holyrood elections.

Commenting upon the bill’s introduction, housing minister Kevin Stewart said: “Everyone in Scotland should have the right to live in a warm, comfortable home and our new target is ambitious and achievable.

“Scotland is one of only a handful of European countries to define fuel poverty, let alone set a goal to eradicate it. Achieving the target will place Scotland amongst the very best in the world in terms of tackling fuel poverty.

“The new definition, recommended by a panel of independent academic experts, focuses on low income households, meaning we can target interventions more effectively to those who need help most.

“Today we also publish our draft strategy, setting out actions to improve people’s lives, provide support to those who need it most and create jobs by helping industry to invest in the energy efficiency and low carbon heating measures that will be so crucial to delivering our aims.

Following the introduction of the bill, Existing Homes Alliance chair Lori McElroy said: “More than a quarter of Scottish households are still living in fuel poverty – the same proportion who faced cold homes a decade ago – and over a million homes fall below the energy efficiency standard needed for our health. All political parties agree this is unacceptable.

“While legislation on fuel poverty is very welcome, this bill is far too narrow, focused just on creating a new definition of fuel poverty and setting new fuel poverty targets. This is incredibly important, but we can do so much more. We urge all MSPs to use the scrutiny process to ensure this legislation is strengthened so it can deliver on the promise of warm homes for all.

“Bringing Scotland’s homes up to a standard of energy efficiency which will tackle fuel poverty and climate change, reduce ill-health, improve well-being, reduce inequalities, and create and sustain jobs across Scotland. It is quite simply one of the best investments that the Scottish Government could make.”

Dr Baker told CommonSpace that one of the central flaws in the bill as it exists is the Scottish Government’s reliance on Energy Performance Certificates: “The elephant in the living room is the Scottish Government’s continued belief in the validity of using Energy Performance Certificates (EPCs) as a driver for increasing household energy efficiency. These proposals demonstrate a significant lacking in understanding of the limitations of EPCs for reflecting actual home energy consumption and costs, particularly for households in rural and island areas, and therefore lack credibility as a policy driver for energy efficiency.

“Furthermore,” Dr Baker continued, “the proposals as they stand will serve to further exacerbate the influence of the urban/rural divide and further disadvantage the fuel poor and otherwise vulnerable households in rural and island Scotland.

“The strength of the effect of rurality results from several factors that go beyond the higher energy costs considered by the Scottish Government under the current proposals, including higher overall costs of living, the greater barriers to accessing support services, and the additional costs incurred by both installers and support services operating in these areas.

“This inequality is also exacerbated by the ability of those households using oil, LPG and solid fuels to buy in fuel supplies (and in larger quantities) during the summer period when prices are lower. This opportunity cannot be afforded by those in the lowest three deciles of income and it is not supported by the current winter fuel payment schedule.

“In addition, those reliant on oil for their main heating fuel are poorly served by the national fuel poverty statistics in Scotland which rely on a GB oil price underpinning the fuel poverty model rather than a Scottish, or even a rural/island price for oil.”

“The proposals as they stand will serve to further exacerbate the influence of the urban/rural divide and further disadvantage the fuel poor and otherwise vulnerable households in rural and island Scotland.” Fuel poverty expert Dr Keith Baker

Dr Baker went on to argue that the Scottish Government now has the benefit of three commissioned reports, including an “authoritative” academic panel review on the definition of fuel poverty, which have recommended the adjustments he outlines, as well as the need to make better use of real data on the subject.

He said: “These recommendations reflect the findings of the only two studies to investigate the socio-economic influences on fuel poverty in rural and island Scotland using real (as opposed to modelled) data on household energy expenditure, which found the impact of the urban/rural divide to be significantly greater than current statistics suggest, and that the nature of the distributions is notably different across this divide.”

Similar concerns were earlier expressed by SFHA head of public affairs Sarah Boyack, who commented: “Although we welcome the fact that the target to reduce fuel poverty to 10 per cent by 2040 has been reduced to below 5 per cent by 2040, we have concerns that the proposed targets lack sufficient ambition. We believe that proposals in the new bill do not go far enough and that more must be done to invest in energy efficiency and to provide affordable warmth. We are also concerned that fuel poverty levels in rural areas will be underestimated when a new method to measure fuel poverty is introduced.”

The SFHA will be responding to the bill’s proposals by calling for: a time-based-target to end fuel poverty, rather than reduce to below 5 per cent, by 2040; long-term funding (which at present is mainly not available to housing associations) to invest in energy efficiency for all homes; and improved fuel poverty measurements which take account of the higher costs of living in rural areas and in off-gas areas.