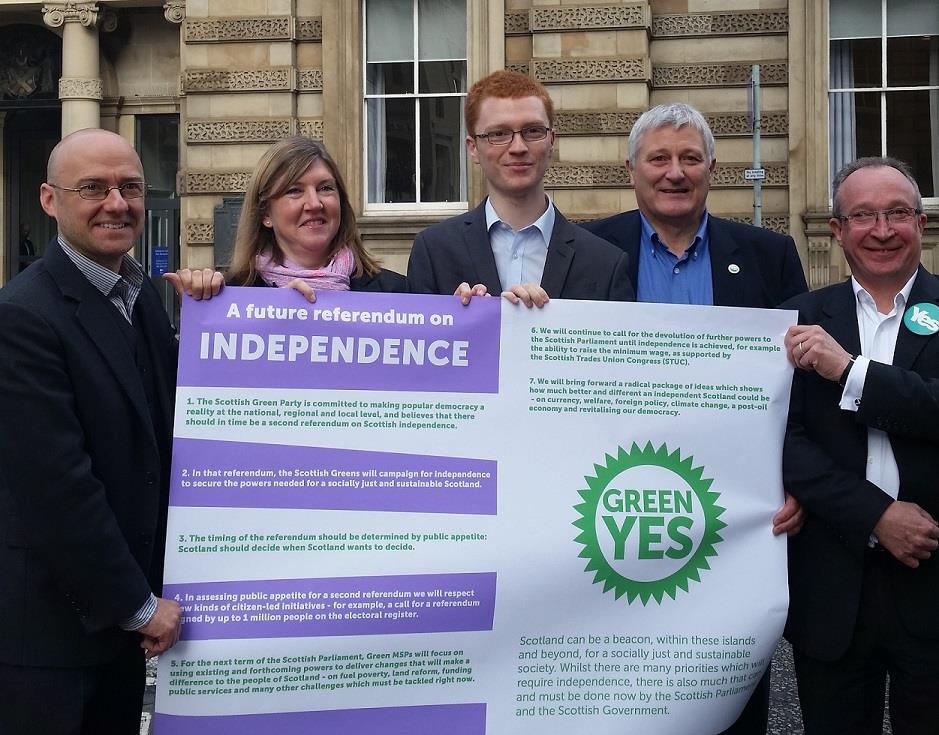 Build up in pro-independence activity as Westminster stalls over Brexit

THE SCOTTISH GREEN PARTY will relaunch its campaign for independence next month at its party conference in Perth.

The Greens, a key part of the 2014 Yes alliance, believe that the vote for Brexit and the breakdown of politics at Westminster represent an opportunity to make a new case for self-government.

The Scottish Greens quadrupled its membership after the independence referendum, then won six MSPs in the 2016 Scottish election, becoming the fourth biggest party in parliament.

A party spokesperson told CommonSpace: “Ahead of our conference next month (Perth, 21-23 Oct) we will announce to our members proposals for relaunching the Green Yes campaign.

“Greens played a key role in the 2014 independence referendum and we will play a leading role in any forthcoming decision on independence. Our new campaign material will inevitably include the reasons why Scotland should remain a member of the European Union and what currency we should have post-independence.

“We look forward to discussing these ideas with other pro-independence parties and the wider Yes movement.”

In 2014 the Scottish Greens advocated an independent currency, a progressive tax system, and a focus on renewable energy investment as a central pillar of economic development.

The confirmation of a new campaign follows the launch of the ‘national survey’ by the SNP, which hopes its 124,000 activists will hit the streets to gather public views on independence, Brexit, and the future constitutional settlement.