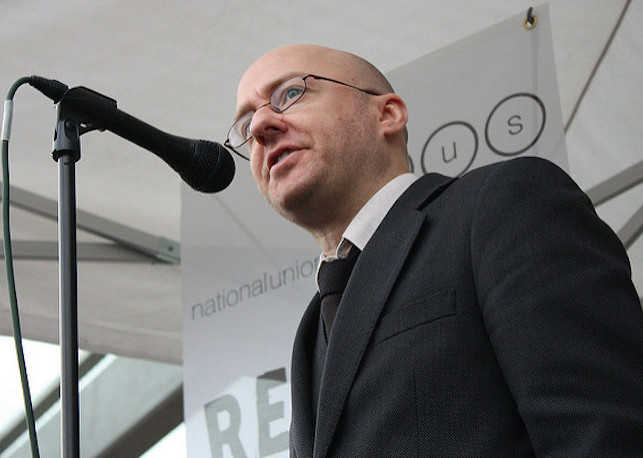 Hopes that politicians can unite to respect Scottish verdict

THE SCOTTISH GREENS have called for talks between politicians in Scotland to “defend our rights as EU citizens”.

Scotland voted by 62 per cent to stay in the European Union – but faces being dragged out due to the vote in the rest of the UK.

The Greens and the Scottish National Party have previously said they would try and keep Scotland in the EU, if that’s what the Scottish public voted for.

Making the proposal, Patrick Harvie MSP, co-convener of the Scottish Greens, said: “It’s devastating to see that the deceitful, manipulative and at times downright racist Brexit campaign has succeeded south of the border, and looks set to tear up the many benefits of EU membership and play fast and loose with our economic future. The Leave campaign claimed to be defending democracy, but they now propose to remove the rights of EU citizenship from Scotland regardless of the way people living here voted.

“Scotland must keep open every option for protecting ourselves from this threat. The Scottish Parliament and Government must be represented in the negotiations about what comes next. A cross-party plan of action should be sought, so we can defend our rights as EU citizens.”

Fellow Green MSP Andy Wightman added: “Unchartered territory. Plenty of options to negotiate a Protocol for residents of Scotland to continue to be regarded as EU citizens.”

The Scottish Labour leader Kezia Dugdale said: “In Scotland, it's clear we want to work together,” but has not made a statement on how to respond practically to Harvie’s proposal.

LibDem leader Willie Rennie did not mention Scotland’s support for EU membership in his post-referendum reaction.