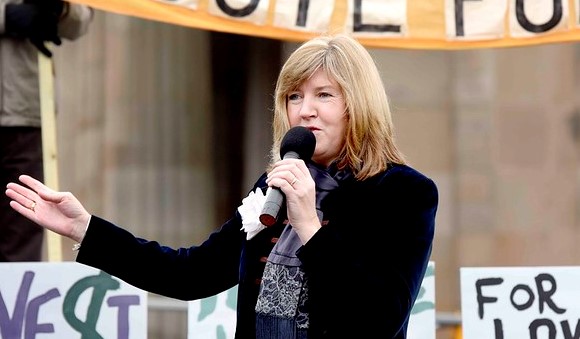 THE SCOTTISH GREENS have urged more focus be devoted to the problem of Scots failing to claim the benefits they are entitled to, following the release of a new Scottish Government strategy to increase access to devolved benefits.

The Scottish Benefit Take-up strategy is intended to tackle social barriers to the claiming of benefits such as stigma, as well as improving access to relevant information and tackling the complexity of the existing welfare system.

Two new funds totally £600,000 will be launched; the first will aim to help organisations prepare for new payments, while the second focuses on targeting support on groups which are often less likely to apply for benefits, or face particular barriers to social security.

Commenting, Green MSP Alison Johnstone MSP said: “More funding for schemes which break down barriers to applying for social security is welcome, but we have a mountain to climb in ensuring everyone who is entitled gets the support they are due. This and the other measures announced are just first steps and it will take ongoing effort and funding over many years to undo the damage done by UK Governments.

“Scotland is taking on a number of payments which have low rates of take-up, some less than half of those entitled, or for which we simply do not know what proportion of eligible people claim.

“The Scottish Fiscal Commission estimates that, even by 2025, we will still have at least 20 per cent of people not taking-up some devolved payments, more in some cases.

“There is still much more to be done to ensure people are aware of their entitlements and supported to claim. Part of the solution is to make the system work more simply, with an expansion of automatic entitlements that require minimal or no input to claim, but we also need to challenge the decades-long demonisation of social security and of the people who need its help.

Johnstone added: “We know that universal, or near-universal benefits, like Child Benefit, have much greater rates of take-up than means-testing, and the Scottish Government should also look at greater universalism, which would tackle stigma and raise take-up.”

“The Scottish Government should also look at greater universalism, which would tackle stigma and raise take-up.” Green MSP Alison Johnstone

In July this year, Citizens Advice Scotland (CAS) encouraged Scots to check their eligibility for council tax reduction, after research by the charity found that 25 per cent of people in Scotland who ran out of money before payday were forced to miss paying their council tax as a result, with 8 per cent unable to make a payment six or more times.

Additionally, Freedom of Information requests by Scottish Labour in 2018 found that, despite the introduction of the lower income exemption scheme in April 2018 to mitigate council tax rises, less than 4 per cent of households were claiming it, prompting Age Scotland to urge thousands of older people to make sure they claim the benefits to which they are entitled.

Speaking at the time, Age Scotland’s head of policy and communications Adam Stachura said: “Lower income households, including pensioners, have been hardest hit by council tax increases and this support could make a difference to their quality of life.”