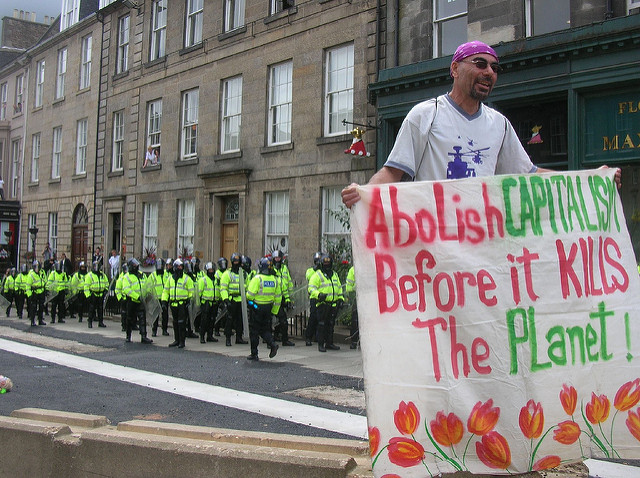 THE SCOTTISH GREEN PARTY has called on the Scottish Government to hold a public inquiry into undercover policing in Scotland, following the publication of an official report by HM Inspectorate of Constabulary in Scotland (HMICS).

HMICS has been conducting an internal review of undercover policing operations in Scotland following heavy pressure from campaigners and revelations of misconduct by undercover officers.

In 2015, the Scottish Government called on the UK Government to extend an already-announced, judge-led inquiry into the infiltration of activist groups by undercover police operatives to be broadened to include Scotland, following admissions by police in England that there was collaboration with Scottish police forces.

Scottish justice secretary Michael Matheson wrote to Theresa May, then home secretary, calling for Scotland to be included in the inquiry.

Now, those calls have been revitalised following the revelation that the controversial Special Demonstration Squad (SDS), which operates mainly in London, and the England and Wales-wide National Public Order Intelligence Unit (NPOIU) both sent six undercover officers to infiltrate protests at the 2005 G8 summit at Gleneagles.

Present at the 2005 summit were the leaders of the eight primary industrialised nations, including then-Prime Minister Tony Blair, then-President of the United States George W. Bush and Russian President Vladimir Putin. The summit attracted large numbers of anti-war and anti-globalisation protests while the world leaders met, and according to the HMICS review, was the largest police operation of its kind in Scotland.

Commenting on the HMICS review, Scottish Green justice spokesperson John Finnie MSP said: “This report is a welcome addition to the debate on undercover policing which, with proportionate use and adequate oversight, is a legitimate police target for organised crime.

“Save largely administrative and line management processes the report largely gives Police Scotland a clean bill of health on its use of the practice.”

Finnie went to point out what he regarded as a failing of the report, which was its lack of focus on activities such as those at the G8 summit and the police operations behind them.

Finnie continued: “However, the report falls short on where the real public interest lies, in the activities of the now disbanded, highly discredited Special Demonstration Squad (SDS) and the National Public Order Intelligence Unit (NPOIU), both run by the Metropolitan Police.

“The report is welcome but gives rise to many more questions than it answers. We need public confidence in all police operations and given the UK Government will not extend their inquiry to cover Scotland or Northern Ireland, the Scottish Government must hold a public inquiry.”