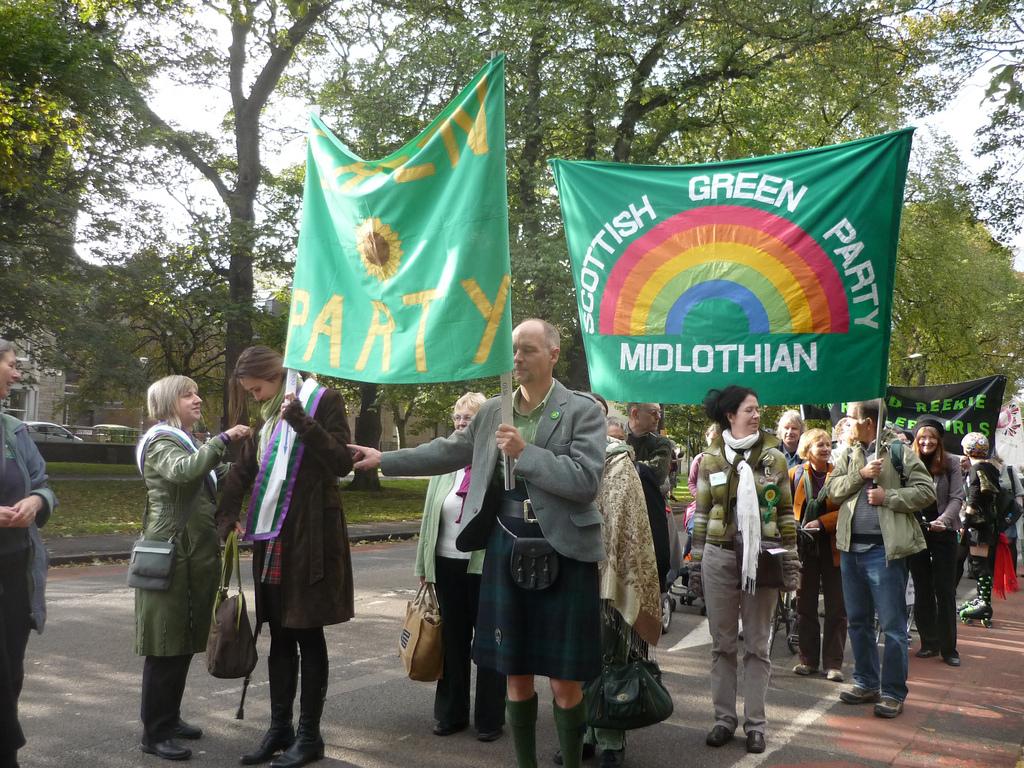 THE Scottish Greens handed in a petition containing over 10,000 signatories on Monday to the STV offices in a bid to exert pressure on the broadcaster over its plans to hold a General Election television debate with every party in the Scottish Parliament represented except the Greens.

Handing in the petition at STV’s HQ in Glasgow, Zara Kitson, Scottish Green MP candidate for Glasgow north-east, said: “The huge support we’ve had from across Scotland, and across the political spectrum, shows that a broadcaster excluding the Scottish Greens is out of touch with its audience.

“TV debates remain an important part of our democracy, and as we head towards an election like no other with an electorate more engaged than ever before, it’s essential that voters get to hear a broad range of voices.

“The option of legal action remains open to us but we hope today’s show of support prompts a rethink by STV.”

The party says its membership is nearly four times that of the Scottish Lib-Dems. A recent TNS Scottish voting poll put the Greens on six per cent and the Lib-Dems on four per cent ahead of the General Election in May. The Greens also have two MSPs in the Scottish Parliament, with two more MSPs joining the party this year.

“The option of legal action remains open to us but we hope today’s show of support prompts a rethink by STV.”

The leaders of the Scottish Lib-Dems, Scottish Conservatives, SNP and Scottish Labour are all set for the 7 April debate, and Robin McAlpine, director of the Common Weal campaign group and think-tank, has said the decision to keep Patrick Harvie out is “unjustifiable”.

McAlpine said: “For a political party that is contesting this election and is an established part of politics in Scotland, the decision to exclude the Scottish Greens seems unjustifiable. We are in the era of plural democracy, but the television stations seem to still be stuck in the 1950s.”

Nicola Sturgeon, SNP leader and first minister, backed the Scottish Greens call to be part of the debate, and also said that if she was voting in England during this General Election campaign she may back the Greens as a “progressive party”.