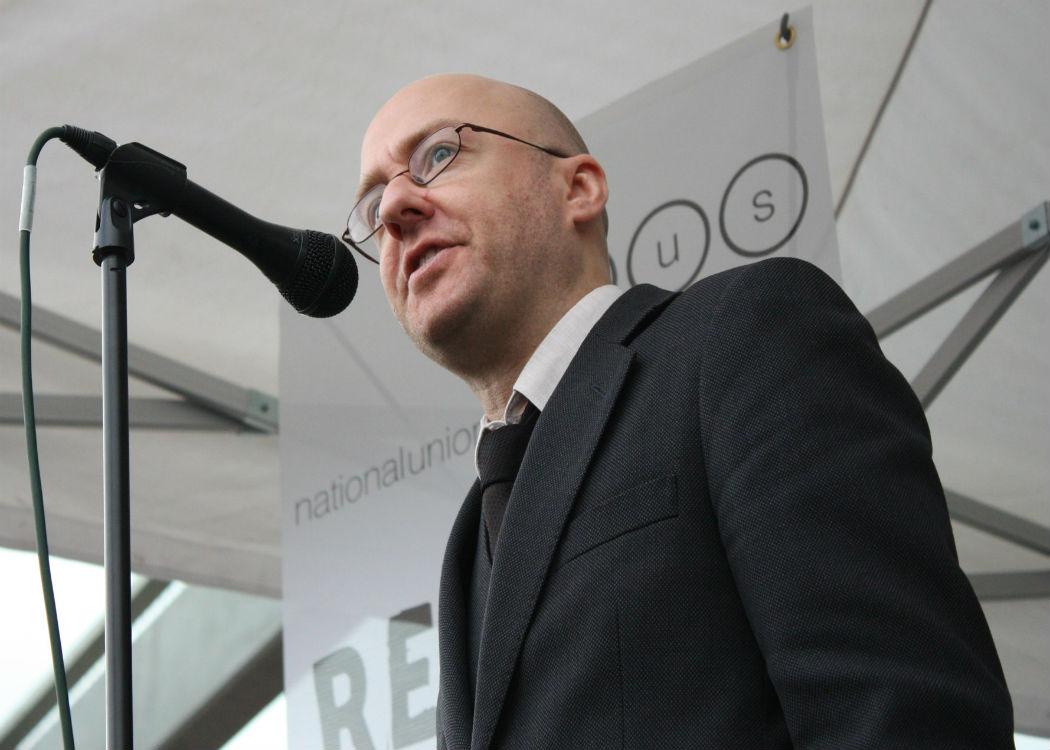 THE first Scottish General Election televised debate will take place on 7 April at the Assembly Rooms in Edinburgh, but the Scottish Greens are the only party in Holyrood not to be invited, and have said they could look to take legal action over the decision.

The leaders of the SNP, Scottish Labour, Scottish Liberal Democrats and Scottish Conservatives are all confirmed to speak, but the absence of the Scottish Greens has raised controversy. A recent TNS Scottish poll put the Greens on six per cent and the Lib-Dems on four per cent. The Greens also have two MSPs in the Scottish Parliament, with two more MSPs joining the party this year.

Patrick Harvie, Scottish Greens co-convenor, said of the decision to leave the party out: “During the referendum campaign the Scottish Greens played a prominent role, appearing regularly in televised debates and discussions, perhaps most notably at the STV debate at the Assembly Rooms.

“In the context of a post-referendum election, with a politically-engaged electorate and a decline in support for two or three parties, it is clear that a broadcaster not reflecting a broader range of voices will not meet the expectations of its audience.”

The Scottish Greens’ membership has risen to 8,500, nearly four times as much as the Scottish Lib-Dems stated membership.

“I know our many members will be disappointed, and our wider support will be calling for STV to rethink their unfair approach,” Harvie added. “We have the option of consulting lawyers about a challenge.

“Live TV debates played a key part in STV’s coverage of last year’s referendum on independence and we anticipate a lively and engaging debate for viewers on April 7.”

Robin McAlpine, director of the Common Weal campaign group and think-tank, said of the decision: “For a political party that is contesting this election and is an established part of politics in Scotland, the decision to exclude the Scottish Greens seems unjustifiable. We are in the era of plural democracy, but the television stations seem to still be stuck in the 1950s.”

The STV head of news, Gordon Macmillan, told the Herald: “STV has an established track record of delivering election debates for viewers in Scotland and this debate will give members of the audience the opportunity to put their questions to the leaders of the four main political parties in Scotland.”