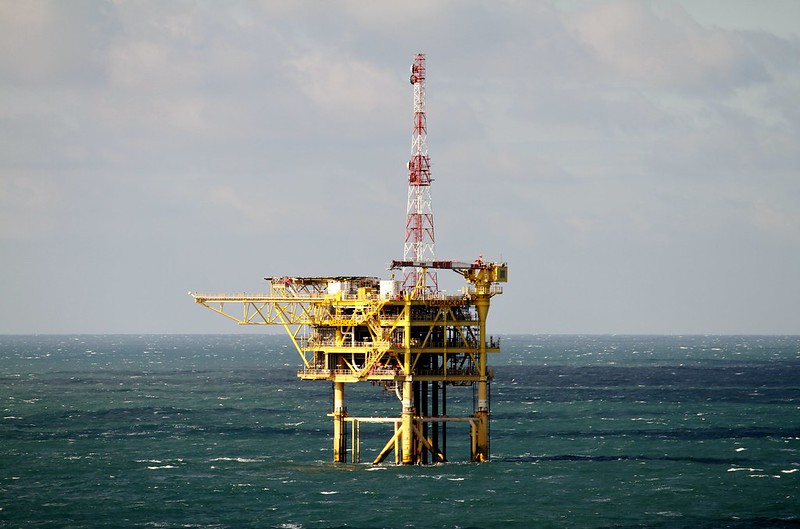 OIL COMPANIES should be “forced to contribute” to the appropriate decommissioning of North Sea infrastructure, the Scottish Greens have argued, following reports that the UK Government has endorsed plans by the energy giant Shell to leave some decaying rigs in place rather than dismantling them.

In September, the UK Government faced protests from the European Commission and five EU member-states over its backing for Shell’s proposal to abandon several North Sea installations, including rigs containing thousands of tonnes of hazardous waste.

Hundreds of North Sea oil and gas rigs are expected to be decommissioned over the next three decades at tremendous expense. According to the National Audit Office, UK taxpayers will foot the bill for at least £24 billion in tax relief awarded to those oil companies undertaking North Sea decommissioning operations.

However, the Greenpeace investigative journalism platform Unearthed last month reported that, according to leaked documents it had obtained, the UK Government had endorsed plans by Shell to leave parts of its Brent oilfield infrastructure in place in the North Sea, including the residual oil and chemical contents at three installations – Bravo, Charlie and Delta – and their concrete support legs, which according to some estimates, could remain for up to 500 years after decommissioning.

Unearthed reported that the UK Government had offered its support to this proposal, despite concerns already expressed by the German Government.

“If we are serious about tackling the climate emergency, we must ensure that these companies are forced to contribute to the effort, and clean up after themselves.” Scottish Green climate spokesperson Mark Ruskell MSP

Germany has since issued a formal complaint, quickly backed by Sweden, Belgium, the Netherlands and Luxembourg, while on 18 August the European Commission wrote to UK environment secretary Theresa Villiers voicing its reservations and emphasising that EU law recognises the contents of the North Sea rigs’ storage cells as hazardous waste.

This week, Liberal Democrat MEP Sheila Ritchie wrote to the Kwasi Kwarteng, the minister for business, energy and clean growth, warning that Shell’s plans fail to account for “the long-term risks to the environment and increased threat of ship traffic maritime accidents.”

Ritchie continued: “Proper decommissioning of oil rigs in the North Sea, would mitigate threats to our environment and risks to maritime shipping while developing the expertise required as we move away from fossil fuels, providing the North East of Scotland with a growth industry.”

The Scottish Greens have now joined the condemnation of Shell and the UK Government, and have argued that oil companies should be forced to aid in the proper decommissioning of their North Sea infrastructure.

“Those who made the mess we’re now all standing in should at least have the decency to pick up a shovel and get it fixed for us and for future generations.” Common Weal head of research and policy Dr Craig Dalzell

Speaking to CommonSpace, the Scottish Greens’ energy and climate spokesperson Mark Ruskell MSP said: “Multinational fossil fuel companies have made billions of pounds extracting oil and gas from the North Sea – it’s frankly outrageous that they suggest they will leave behind rotting infrastructure.

“If we are serious about tackling the climate emergency, we must ensure that these companies are forced to contribute to the effort, and clean up after themselves.”

Dr Craig Dalzell, head of policy and research at the Common Weal think tank, added: “The UK Government has horribly mismanaged oil resources throughout the lifetime of the sector.

“Even at the twilight of the industry, the UK has been offering massive subsidies to companies to encourage them to clean up their own mess (and even using the size of those subsidies as a stick against the independence movement). And now we find out that the plan is simply to abandon the mess just as they have with so many other potential environmental hazards. Enough is enough.

“We’re currently suffering a climate emergency due to the fossil fuel industry and governments that have supported them. Those who made the mess we’re now all standing in should at least have the decency to pick up a shovel and get it fixed for us and for future generations.”

Asked for comment on Shell’s proposal, the Scottish Government emphasised the final decision would lie with the UK’s decommissioning regulator.

A Scottish Government spokesperson told CommonSpace: “We have been working for some time with our enterprise agencies, industry and upstream operators to develop an Action Plan and Decommissioning Challenge Fund to help ensure that the Scottish supply chain captures the maximum possible economic opportunities from decommissioning.

“Our efforts are directed to ensuring decommissioning is carried out to the highest safety and environmental standards, minimising the risk to the environment and other users of the sea. Scotland’s oil and gas supply chain is particularly active in high value, well plugging and abandonment stages of decommissioning, but is increasingly looking to engage in removal and salvage operations too.

“We are conscious that the German Government has submitted an objection to the Offshore Petroleum Regulator for Environment and Decommissioning (OPRED) when Shell’s plans for the Brent installations in the East Shetland basin were first submitted. This is a matter for OPRED, the UK’s decommissioning regulator, which is considering these plans and the objection that has been lodged.”