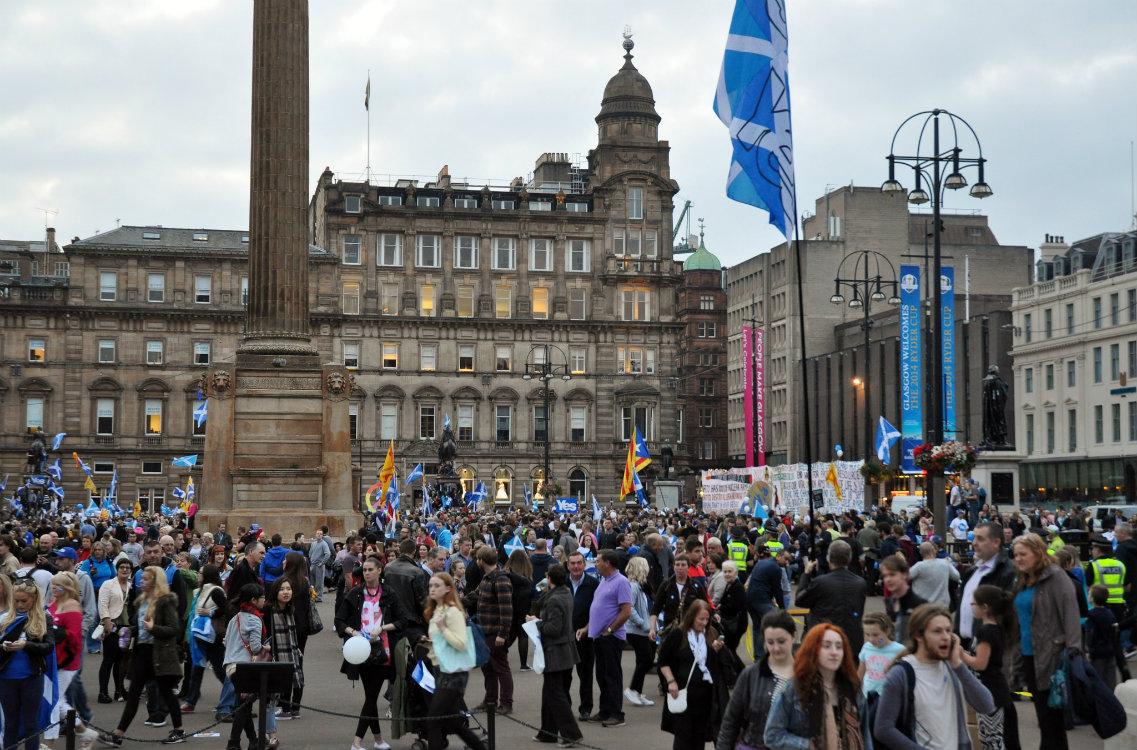 TWO young women caught up in the loyalist riot following the independence referendum will face no criminal proceedings.

Sisters Sarah and Sophie Johnson, ages 20 and 16, were in George Square on the night of the 19 September 2014 when British nationalists caused widespread disorder resulting in 20 arrests.

The Johnsons were threatened by the crowd forcing the police to intervene. They chose to stay in the square only for the police to arrest them on the grounds of ‘obstruction’.

Sophie Johnson, as part of a full interview with CommonSpace, said: “They could have taken us home. It was out of line to arrest us for not moving as part of a protest, since no one else was being made to move. The people spitting at us or throwing things didn’t get the same treatment.”

The fiscal’s conclusion will please the 10,000 people who signed a public petition in their support.

On the night of 19 September images and video footage of the Johnsons was widely shared as a symbol of peaceful protest in contrast to the uglier scenes of conflict in George Square.

You can read the full interview with Sarah and Sophie Johnson ‘here‘.