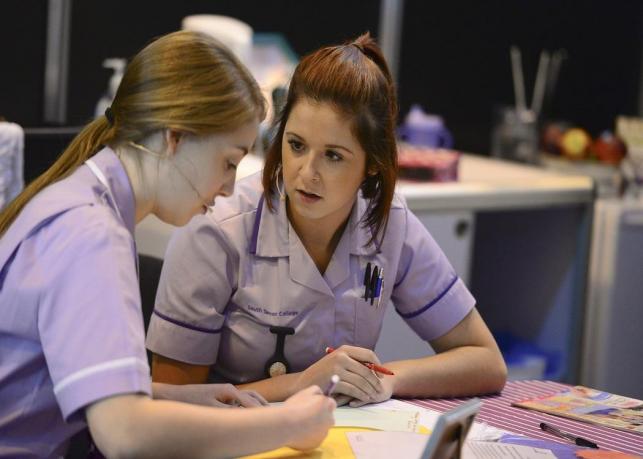 THE SNP has accused Scottish Labour of “hypocrisy” over its plans to tackle staff shortages in healthcare in Scotland.

Reports emerged over the weekend that Scottish Labour had set up a commission to look at the “chronic staff shortages” of both NHS and social care staff after a decade of “SNP mismanagement” of the NHS, but the SNP launched a blistering response, saying Labour’s “hypocrisy on health is staggering”, particularly since, according to the SNP, when Labour was in office, “they threatened to close accident and emergency units that were saved by the SNP”.

A spokesperson for Health Secretary Shona Robison added: “It is the SNP government which has delivered record high NHS funding as well as all-time high numbers of doctors, nurses and other staff across the NHS in Scotland – an overall increase of more than 12,000 over the last decade.

“We will increase health spending even further – unlike Labour’s plans at the last Scottish election which saw them pledge even less money for the NHS than the Tories.”

“We will increase health spending even further – unlike Labour’s plans at the last Scottish election which saw them pledge even less money for the NHS than the Tories.” Shona Robison MSP

Scottish Labour’s health spokesperson, Anas Sarwar, said: “This is now starting to impact on services and patient care too with a number of services under threat as we simply don’t have the staff to operate them.

“Staff morale is at rock bottom in the health service, with staff reporting there simply aren’t enough of them to do the job properly.

“This is part of the legacy left by Nicola Sturgeon who as health secretary slashed the number of training places for nurses and midwives. We now have a health secretary, Shona Robison, who is out of her depth and out of ideas. That is why our health service is in desperate need for a meaningful workforce plan.”

The Health and Social Care Workforce Commission was set up to tackle staff shortages within the health service.

“Staff morale is at rock bottom in the health service, with staff reporting there simply aren’t enough of them to do the job properly.” Anas Sarwar

Mack has said that the staff shortages are the biggest challenges faced within the NHS, but went on to say: “This workforce commission is an opportunity to take a detailed look, with other independent stakeholders, at the situation as it is now and devise evidence-based recommendations for the future.”

Scottish Labour has said that there are 2,500 nurse and midwife vacancies within NHS due to cuts in training places and Scottish Government cuts.

Sarwar said: “Labour has already led the way in defending our NHS and standing up for NHS staff. We are campaigning across the country to protect local services under threat from the SNP, and we brought forward the proposal to scrap the pay cap on NHS staff, which was sadly rejected by the SNP in May.

“This workforce commission is an opportunity to take a detailed look, with other independent stakeholders, at the situation as it is now and devise evidence-based recommendations for the future.” Dr Miles Mack

“With our work on the commission we hope to go further and build a clear and ambitious workforce plan that builds staff morale, makes working in the NHS a more attractive career choice, and helps deliver an NHS and social care system fit for the 21st century.”

Ian Welsh OBE, chief executive of Health and Social Care Alliance Scotland said: “The growing pace of change in health and social care requires a workforce fit for the challenge of the future.

“We hope that all political parties aim to support staff to work closely with people who use support and services and the third sector to develop new models of care which seek to co-produce improved outcomes and create safe and supportive working environments for the NHS and social care workforces.”

READ MORE – Working together: How social care in Scotland is about to undergo the biggest change in a generation

Last month, the Scottish Government published the National Health and Social Care Plan to strengthen workforce planning practices. It will take into account future demand for safe and high-quality services, including input from some of the members of the commission.

The Scottish Government has estimated that 2,600 extra nurse and midwifery training places over the next four years is needed as part of wide ranging measures to strengthen the NHS workforce.