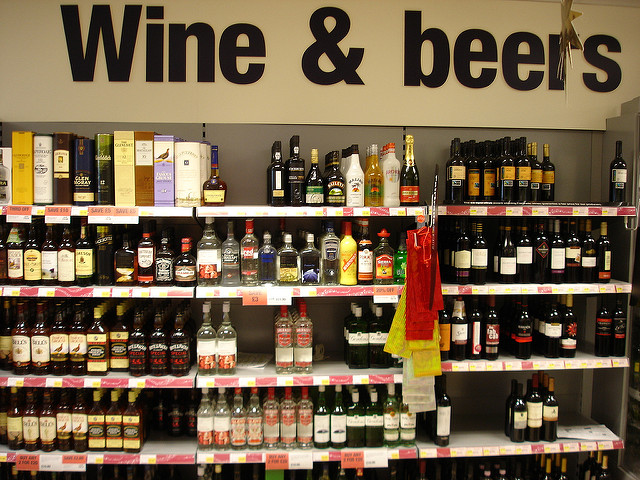 SCOTTISH LABOUR kicked off their Spring conference by announcing plans for a Social Responsibility Levy to tackle alcohol and drugs misuse, if they come to power after the next Scottish elections.

Monica Lennon, Scottish Labour’s health spokesperson, told the party on the first day of its conference in Dundee that the tax on alcohol sales would raise more revenue to invest in tackling the impact of alcohol and drugs misuse.

The power to introduce a Social Responsibility Levy at local authority level (which can apply to any licensed premises) was included in the Alcohol Scotland Act 2010, but the Scottish Government has never brought such a levy forward, instead introducing minimum unit pricing on alcohol.

The Central Scotland MSP said: “Urgent change is needed. Overall life expectancy in Scotland has fallen for the first time in 35 years. How can it be right that the richest Scots can expect good health for twenty years longer than the poorest?

“And here in Dundee, Scotland’s drugs deaths crisis is at the highest rate in Europe. Drugs and alcohol misuse is ruining lives in every community. It is a Scottish public health emergency.”

Research from Scottish Labour found that a levy of 0.022 pounds per unit of alcohol of unit sold could raise over £100m a year.

Lennon told a personal story about how her dad died from alcohol abuse and the emotional scars she faces of having a parent with alcohol problems.

READ MORE: Calls for better support for the children of parents struggling with alcoholism

She added: “Families affected by the harm caused by alcohol or drugs misuse feel isolated. Investment in recovery is scant. We will change this.

“Over 50,000 young people are affected by parental drinking. We will put support in place for them on the first day of a Scottish Labour government.

“We will end the predatory industry practices that saturate our poorest communities with betting shops, booze and unhealthy food, starting by enacting the Social Responsibility Levy.”

A Scottish Government spokesperson responded to the call by stating: “We continue to have a deep-rooted and troubling relationship with alcohol and we must do all we can to prevent the harms of higher-risk drinking, as they are avoidable. That’s why we are taking measures to reduce the availability, attractiveness and affordability of alcohol, including minimum unit pricing and our plans for alcohol marketing restrictions.

“Our alcohol and drug strategy also focuses on improving how we provide support to those who need it and treat the wider issues affecting them. We are supporting this with an additional £20 million a year for alcohol and drug services and we have invested £746 million to tackle problem alcohol and drug use, with a focus on local prevention, treatment and recovery support services since 2008.”

The Scottish Government has said that levels of illegal drug consumption are falling amongst the general population, and they have backed proposals to introduce a secure medically supervised injecting facility.