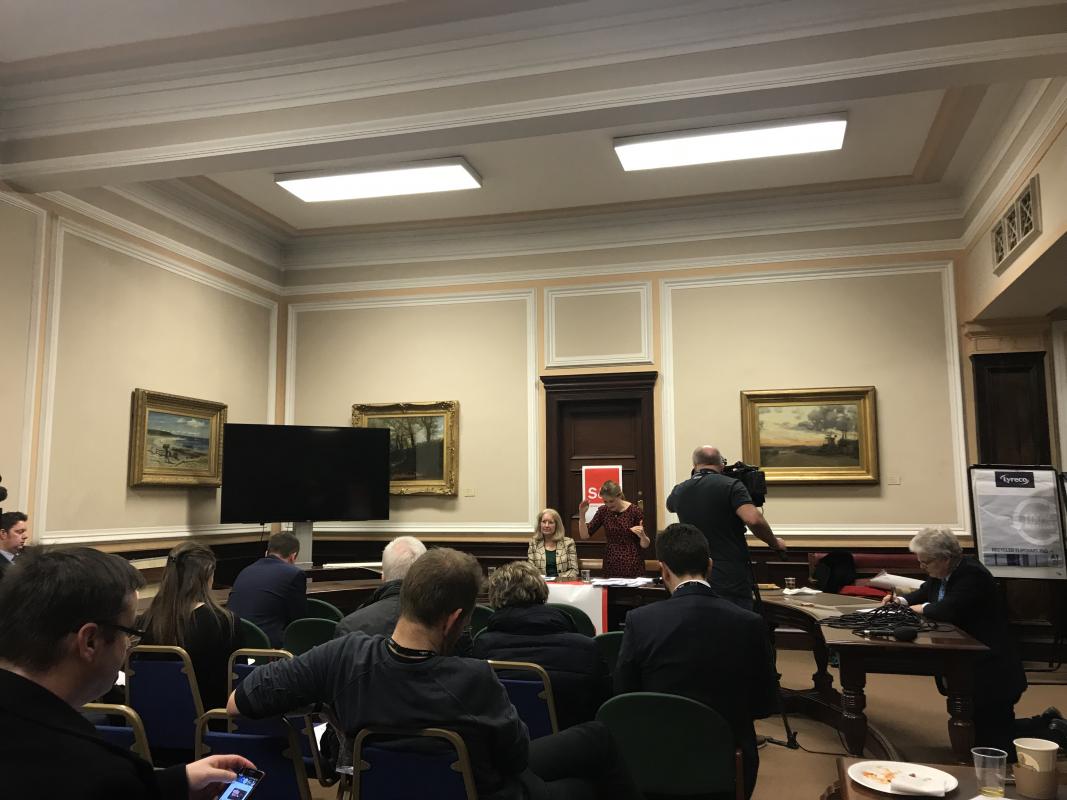 A SCOTTISH LABOUR MEP has said that a post-Brexit deal with the single market should not be ruled out after Scottish Labour’s executive committee (SEC) changed the text of a motion which sought to alter the party’s position.

Speaking to a fringe event in Dundee, Catherine Stihler was responding to the decision by Scottish Labour’s executive to remove all mention of the single market when the party’s conference debates the issue on Sunday.

Stihler – who is co-chair of the internal Scottish Labour for the Single Market campaign – said that the position set out by Labour leader Jeremy Corbyn on Monday (5 March) to have a customs union “is a step in the right direction”, but indicated support for the single market would be her desired outcome.

Stihler said: “I just firmly believe that we should have the single market on the table and we should not rule that out.

“I just firmly believe that we should have the single market on the table and we should not rule that out.”  Scottish Labour MEP Catherine Stihler

Before the Scottish Labour conference in Dundee, the SEC agreed that a motion on the issue will not have mention of the single market despite pressure from several local constituency branches and former leader, Kezia Dugdale, to change the party’s policy over whether it should remain part of the EU single market post-Brexit.

Labour sources say there was a heated debate on the issue at the SEC meeting late on Thursday evening, where it became clear that there was not a majority in the room to change the party policy. Stihler told the fringe meeting that she fought hard to keep the issue of the single market in the motion.

CommonSpace understands that the “unity statement”, which will be published tomorrow, proposes to align Scottish Labour’s policy to the UK party’s.

“As someone who has worked on single market issues for a long time, we need to make sure that option is not ruled out.” Scottish Labour MEP Catherine Stihler

Stihler said the new statement brings the Scottish party’s policy into line with shadow Brexit secretary Keir Starmer’s “six Brexit tests”, including an assessment of whether the negotiations deliver the “exact same benefits” the UK currently receives as members of the single market and customs union.