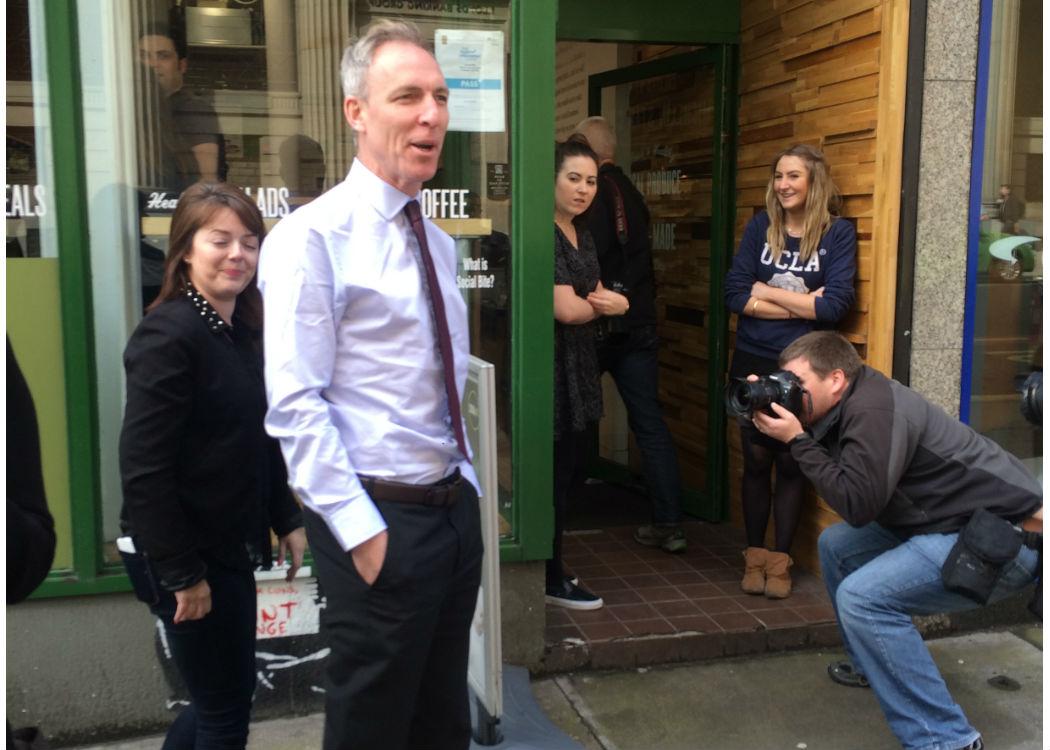 A recent Ipsos-Mori poll for STV news has predicted that the SNP could be on course to win every seat in Scotland on the 7 May election (click here to read more).

A Scottish Labour MP is reported (click here to read more) to have told The Telegraph: “Murphy has to go, of course he should go. He should take responsibility, he didn’t manage to turn it around.

“He does not represent the hopes and aspirations of most Scots and therefore he is, in those circumstances, a bad thing for us.”

Another Labour MP is quoted as saying: “A man who leads us to disaster in a general election has then got little prospect of leading us to enormous success in a Scottish election.”

Since Murphy succeeded Johann Lamont as Scottish Labour party leader in December, the party’s ratings in the polls have gone from bad to worse.

The Ipsos-Mori poll puts the SNP on 54 per cent of the vote, with Scottish Labour languishing on 20 per cent, only three points ahead of the Tories on 17 per cent.

The poll also found that Murphy has the lowest satisfaction ratings out of all the party leaders in Scotland. He is on -19, while SNP leader Nicola Sturgeon has approval ratings of +48.

Calls for Murphy to go are likely to escalate if he loses his East Renfrewshire seat with Lord Ashcroft polling suggesting that he is 9 points behind the SNP in the constituency.

It would be unprecedented for the leader of a major party to lose their seat and yet remain in post.

“It has very much been Jim’s strategy. If that strategy doesn’t deliver the usual practice is the leader has to take responsibility for his own decisions. You would frankly expect him to resign,” a member of Labour’s Scottish Executive Committee is reported to have told the Telegraph.

It is conceivable that the committee, which is Scottish Labour’s decision making body, could force a vote of confidence in Murphy after the election.

Meanwhile, a Labour source told CommonSpace that: “Some of our MPs might have better futures outside politics.”

Officially, Scottish Labour remain defiant in the face of the polls.

A spokesman told The Telegraph: “Jim is running the best, most professional and most active election campaign ever for Scottish Labour.

“With a third of voters undecided, our focus is on winning voters over to support Labour. We offer a clear road to a fairer Scotland while the SNP offer a road to a second referendum.”