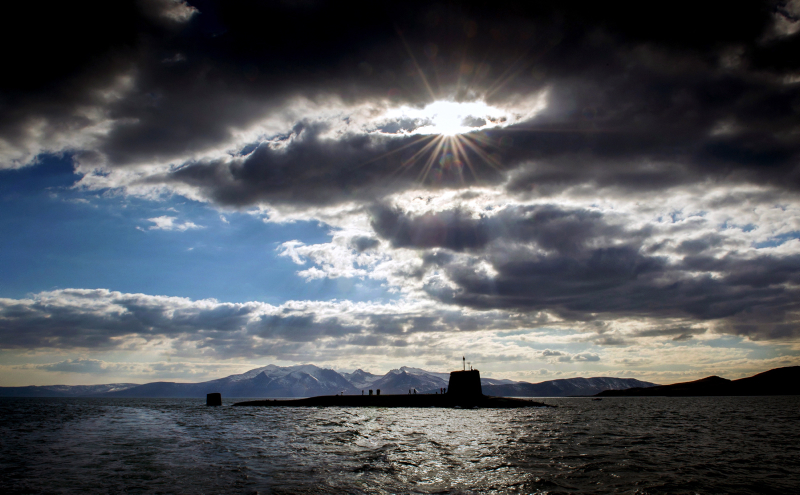 THE International Campaign to Abolish Nuclear Weapons (ICAN) in Scotland and the Campaign for Nuclear Disarmament (CND) have condemned Scottish Labour for taking a different stance on Trident in the UK General Election to the one they took in the last Holyrood elections.

This comes just one week after Liberal Democrat leader Jo Swinson was widely criticised for saying that she’d be prepared to press the nuclear button.

On Trident, the Scottish Labour manifesto states defence is a reserved issue and UK Labour continues to support the renewal of the Trident nuclear deterrent. However, in 2015, Scottish Labour passed a motion at their party conference which called for scrapping the weapons, stating: “Conference recognises that the question of Britain’s nuclear weapons system is a moral issue and a strategic one concerning Britain’s place in the world and the international environment we wish to see.

“Such weapons would, if used, constitute a moral threat to humanity’s survival; they are massively expensive; senior military figures have described them as ‘militarily useless’ and said that they should be scrapped; and our possession of them encourages other countries to seek similar arsenal.”

Following this historic motion, the 2016 Scottish Parliamentary manifesto from Scottish Labour reflected this stance, stating: “Following a vote at Scottish Labour Party Conference, we will make a submission to the UK Party’s National Defence Review opposing the renewal of Trident, subject to a Defence Diversification Agency guaranteeing the retention of all existing jobs.”

Yet, this position was reversed in their 2017 general election manifesto and remains the same in 2019, now reading: “Defence is a reserved issue and UK Labour continues to support the renewal of the Trident nuclear deterrent.”

Campaigners have criticised Scottish Labour for towing the UK Labour Party line and not taking a bolder stance, reflecting  their members views. They have pointed out the hypocrisy of Scottish Labour leader Richard Leonard who signed the ICAN Parliamentarian’s Pledge and is a member of the Nuclear Disarmament CPG.

Responding to the U-turn, Lynn Jamieson, chair of Scottish CND said: “Time for politicians to change the tired old script, waiving around a threat of exploding nuclear bombs to destroy people and planet. It is a perversion of sanity that makes this seem like good leadership. Politicians should have the moral courage to be honest and tell uncomfortable truths. Trident wastes money that we don’t have to make us a target.

“The majority of Scottish people don’t want 200 nuclear warheads based on our waters or anywhere. All politicians should keep this in mind.” Scottish CND chair Lynn Jamieson

“The world is moving away from nuclear weapons – two thirds of the countries in the world have signed the UN Treaty for the Prohibition of Nuclear Weapons since 2017 and so should the UK. We invite a change to the narrative from ‘will you press the button’ to ‘what steps will you to take towards global nuclear disarmament?’. The majority of Scottish people don’t want 200 nuclear warheads based on our waters or anywhere. All politicians should keep this in mind.”

This sentiment was echoed in the response from Janet Fenton, ICAN liaison in Scotland, who said: “In supporting the United Nations Treaty on the Prohibition of Nuclear Weapons, it is Scotland rather than the UK, that is in tune with the world view. Any Nuclear weapons use or accident will be catastrophic for humans and for our planet. Scottish Labour needs to decide what kind of internationalist influence it wants to have.

Both the Scottish Greens and the SNP have stated explicitly in their manifestos that they would oppose the renewal of Trident and have spoken out in criticism of Scottish Labour.

Commenting, Scottish Greens MSP John Finnie said: “The only use for nuclear weapons would be to slaughter thousands of people. Scottish Labour has previously stated its opposition to these weapons of indiscriminate mass slaughter, but now it seems that the leader has completely disregarded the position of his own members.

“Richard Leonard must explain why he thinks the UK should reserve the right to murder thousands of innocent civilians, and why he thinks his own party’s membership are wrong on this issue.”

The SNP launched their manifesto today, with First Minister Nicola Sturgeon warning that “Scotland’s future is on the line”. In an interview with Sky News, Sturgeon confirmed that scrapping Trident would be a requirement of the SNP in order to give Labour their support in the event of a coalition government.

In that interview, Sturgeon stated: “I have a moral objection to weapons of mass destruction… I wouldn’t be prepared to press a nuclear button that would kill potentially millions, tens of millions, of people.

“But there’s also the opportunity costs of Trident – the billions, tens of billions, that are required to renew Trident in my view are better spent on stronger, conventional defence that is more effective to protect our country but also hospitals and schools and better social security provision.”

Stewart McDonald MP, the SNP’s defence spokesperson and the candidate for Glasgow South, also commented: “Scottish Labour’s branch office status has been cemented by this craven U-turn. They have been left utterly humiliated by failing to oppose the immoral nuclear weapons system on the Clyde.”

Scottish Labour did not provide comment at the time of publication.

“Scrap Trident: SNP MPs will build a cross-party coalition to scrap Trident as quickly and as safely as possible. We believe the billions spent on Trident should be invested in our public services.”

“Defence is a reserved issue and UK Labour continues to support the renewal of the Trident nuclear deterrent.”

“We oppose NATO membership and want the replacement Trident nuclear weapons system cancelled, saving at least £200 billion over the next 30 years.”

“We will maintain our Trident nuclear deterrent, which guarantees our security.”

No mention in the manifesto, but party leader and parliamentary candidate for East Dunbartonshire was widely criticised after stating in a TV interview last week, smiling and without hesitating, that she would be prepared to “press the button”.