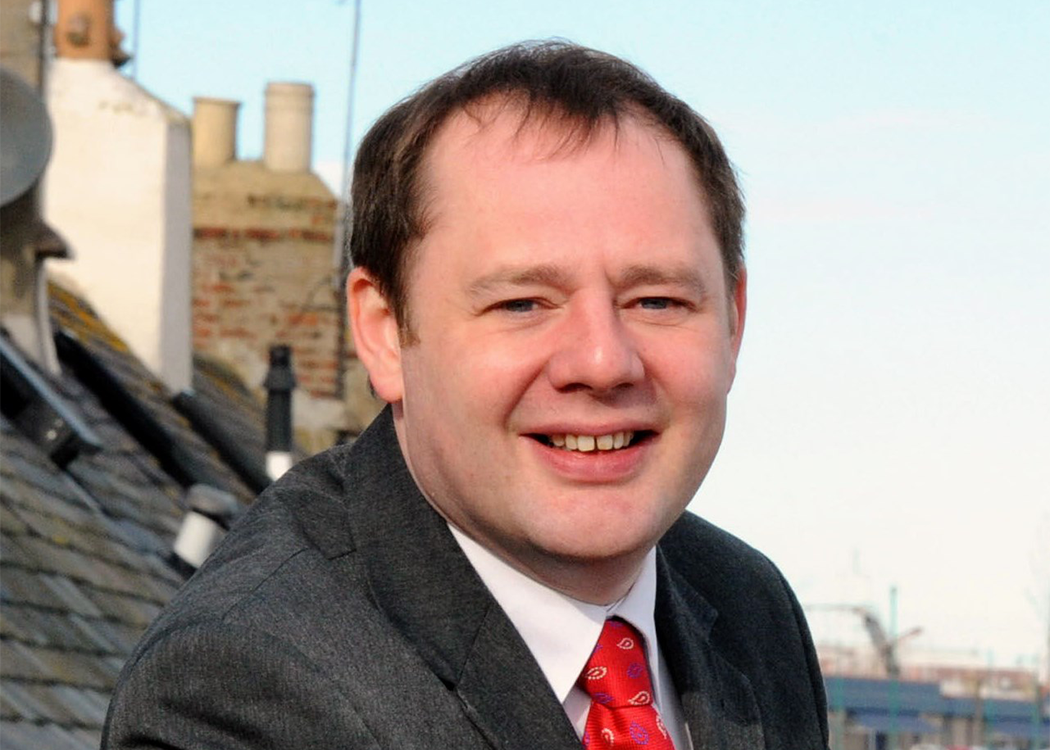 RICHARD BAKER MSP spoke to CommonSpace this week about some of his plans if elected as deputy leader of Scottish Labour, and answered some questions submitted by Twitter users.

CommonSpace: If you were an MP how would you have voted in the Welfare Bill? @LJ_Skipper

Richard Baker: I think the party should have voted against the Welfare Bill. I do believe that we should be sending out a clear signal about our concerns over proposals which have been brought forward by the UK Government, particularly child tax credits. I think a position of opposing the Bill would have been better.

CS: So, you disagree with Ian Murray’s decision to abstain?

RB: No, it’s quite reasonable. At the end of the day Ian Murray’s a member of shadow cabinet and the shadow cabinet come to a collective decision and I know that in terms of the work that ian Murray’s been doing… he’s done a great deal of invaluable work on the issue of welfare provision in Scotland.

CS: Which UK Labour leader candidate would you endorse? @kylejmwalker

RB: I’m minded to support Andy Burnham, but I’m interested in hearing what all the candidates are saying.

CS: Labour are inseparably tied to specific foreign policy decisions in many poeple’s minds, specifically the invasions and occupations of Iraq and Afghanistan. Did you oppose the invasion of Iraq?

RB: Yes, I did oppose the invasion of Iraq at the time, but I think also when it comes to foreign policy there were also important Labour achievements which need to be remembered as well, in terms of the huge increase in international aid.

And more recently the approach on Syria, where it was Labour’s intervention in Westminster which I think showed we took a more progressive approach and a less military-intensive approach in the situation there.

I think we’ve come a long way as a party, in terms of foreign policy, from the days of Iraq.

CS: Which aspects of Labour foreign policy do you think should be changed?

CS: Do you oppose all austerity? And if so, which tactics and strategies do you think people should be using to end austerity, and not just in a purely parliamentary sense?

RB: It’s very important that we’re clear as a party that we oppose austerity and I think that the austerity measures that we’re seeing from the Westminster government should all be opposed. There’s two approaches to that.

We’ve got charities and third sector organisations who are doing a huge amount of work trying to help people who are having to live with the impact of austerity measures, which are penalising the most vulnerable in our society for the mistakes of the wealthiest.

That’s why we should continue to have parliamentary measures, both at the UK and the Scottish level which are taking on what the UK Government is proposing.

In Scotland we do have more powers coming to us over welfare. We can top up benefits. We can introduce new benefits.

Now I’m not saying there are any easy answers, and I think this is a situation where I hope that we can get consensus in the Scottish Parliament over a more progressive approach as we had a consensus between Labour and the SNP over the full mitigation of the Bedroom Tax.

CS: Do you think its possible for Labour to win back the 45 per cent of the Scottish population who voted yes? @MrMcEnaney

RB: Many of those people who were in that 45 per cent voted Labour in the past, and many of their values still chime with the values of Scottish Labour.

The great majority of the 45 per cent who voted for yes, their main concern is for a fairer society and a fairer society in Scotland, where we don’t have a situation where the poor in our society are left behind and where the rich are getting richer, and we’ve got more and more inequality.

We achieve that fairer Scotland through a clear focus on social justice and solidarity, and on taking different measures in Holyrood to ensure we tackle inequality, we protect the poorest in our society and we lift people out of poverty, and you achieve it that way, rather than through Scotland breaking away from the rest of the United Kingdom.

And whether people voted yes or no, thats the kind of society of society that the vast majority of people in Scotland want to see.

CS: Do you consider yourself a socialist? And if so, do you think the Labour party needs to rediscover a more militant, a more proud socialism?

We don’t talk enough about redistribution in Scotland. We’ve got more tax powers coming to scotland so we can have new discussions over the impact of redistribution, what we can do to redistribute the wealth, and we’ve got to have a clear focus about tackling inequality in our country. And that’s how we get across our socialist values and ideals.

CS: ‘Socialism’ is word rarely used by prominent Labour politicians. Do you think Labour should be more vocal in talking about socialism?

CS: What’s your opinion on full fiscal autonomy for Scotland?

My concern about full fiscal autonomy is that, as the current balance stands, it would leave us some PS7bn short in terms of our current public spending in Scotland.

I wouldn’t support full fiscal autonomy because I think it would threaten the delivery of key public services in Scotland and I do believe in a United Kingdom where we pull and share resources, and if that benefits Scotland thats great.

RB: As a socialist I believe that one of the great strengths of our movement is our belief in solidarity and as I believe in the pulling and sharing of resources across the UK. I believe in that for our party as well, so I don’t want us to be an independent party, or to break away from UK Labour, or the wider Labour or Scottish labour movement.

But quite clearly too often there’s been a dysfunctional relationship between the UK Labour party and the Scottish Labour party, and that’s got to change. So it is right to say that we have to change that relationship.

I think need more autonomy as a party, but I think that should be within the framework of that wider Labour family.

CS: What specifics changes to Scottish educational policy would you make? @MrMcEnaney

RB: We need to provide more investment for further education and certainly not continue with a situation where we’ve lost over 100,000 places in further education, so that’s got to change, and I think it should be a key priority for Scottish Labour.

But one of the things I am keen to say in this election is that I want to put the members back in charge for deciding the policy as that goes into our next manifesto. I think Scottish Labour needs to change its policy process and give members a much greater say, and move to regional policy conferences to bring decision making back to a local level. I think our final manifesto must be decided by our membership.

CS: How would you reconnect with those who are disillusioned with the party?

RB: We need to hold our hats off to the SNP, they’ve got a lot right when it comes to the way they campaign, they way they influence people, the way they’ve looked to generate a grassroots movement, and they way they motivate their membership, so I think Scottish Labour has to realise that we’ve got to be better at doing that in the future as well.

CS: Are you in favour of a basic or a citizen’s income? @FlowerySam

RB: My first priority would be for a living wage for all. I think a lot more work needs to be done on what a citizen’s income would actually mean.

It’s an attractive idea, but I think a lot more needs to be done to put the flesh on how that would work in practice.

CS: Which if any public services would you seek to renationalise? @PeatWorrier

RB: The rail service would be the key issue. I’ve been involved in the campaign for a people’s ScotRail to take the railways and the ScotRail out of private hands and put it into mutualised business, a cooperative basically.

I think we should start off with our rail services and seek a cooperative model of ownership for them. There’s big campaign to keep our lifeline ferry services and that’s a key priority as well.

CS: Do you support the closure of Dungavel? @Alakbarov_

RB: Immigration at the moment is reserved. I think things like the ‘Fresh Talent Initiative’ worked well in the past, so I don’t see why we cant have that kind of approach to immigration.

RB: I’m a multilaterilst. That’s the position I’ve take for all my political life and I don’t intent to change that now.

The UK Government’s “renewal programme isn’t the ‘minimal credible deterrent’, so I think that while we should retain a nuclear capacity, though I’d love us to be able to be part of international negotiations to reduce or eliminate that, looking at renewal, that should be along the lines of the ‘minimal credible deterrent’, and I think that certainly a reduced scheme, a reduced …

CS: So you would vote to renew trident?

RB: I could see myself voting for a scaled-down version of what’s being proposed at the moment.

CS: ‘Scaled-down’ in what sense?

RB: For example, I think they’re talking about four ships, but I think it would be impossible to maintain a nuclear deterrent with fewer ships than now.

CS: That’s all we have time for. Thanks for talking to us Richard. And thanks to Twitter users for suggesting questions for Richard.