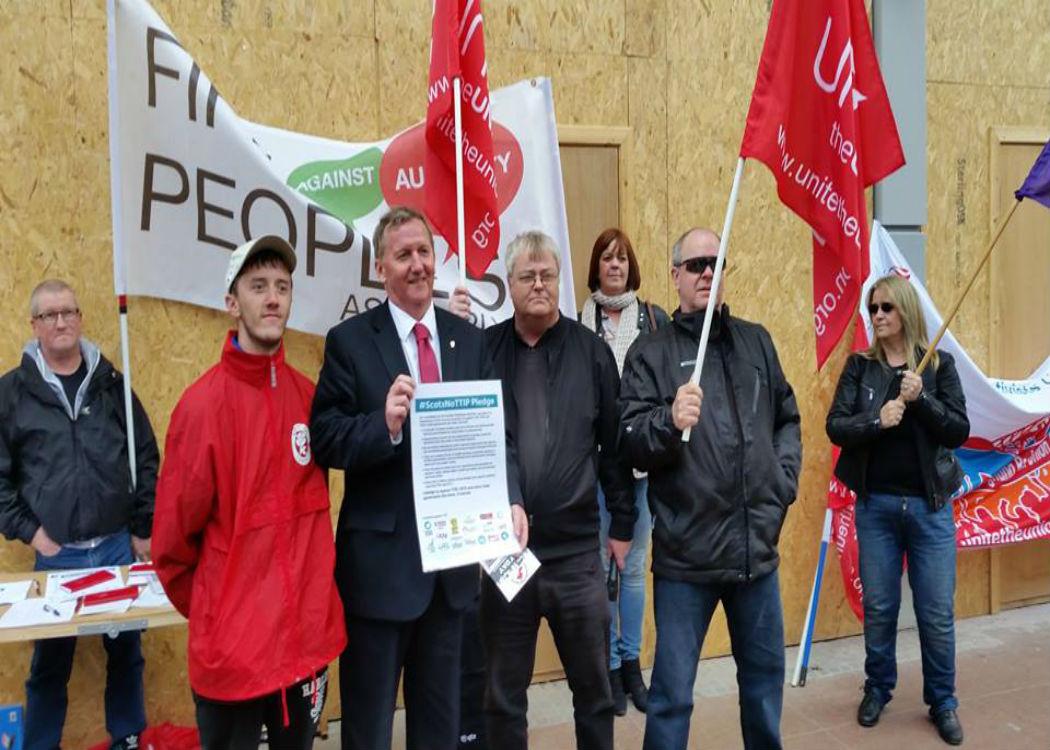 SCOTTISH LABOUR deputy leader Alex Rowley has said that Scottish Labour was damaged in the 2016 Scottish elections by a failure to address Scotland’s constitutional questions, and by failing to become the party of “home rule”.

Rowley, who lost his Cowdenbeath constituency seat to the SNP in the election but was re-elected on the regional list system, said that the party lacked answers to the most common questions posed by voters during the campaign.

Quoted in the Herald he said: “We need to define a positive case for the future of Scotland, built around home rule for Scotland. That’s where I believe we should be, and where we should have been. But a decision was taken early in the campaign that we weren’t going to focus on the constitution because some people believed we needed to put the case for moving on.

“The constitution in the UK is broken in my view, and we need to build a case for a federal system of government.” Alex Rowley

“I can see the argument for that but it’s illogical when the country is in a completely different place. The country hasn’t moved on and it looked like we didn’t know where we stood. It left us in a position where every time the constitution came up, we looked very uncertain.

“It wasn’t going to win back yes voters and no voters felt uncomfortable supporting us too, so it’s hardly surprising we’re in the position we find ourselves in today.”

Scottish Labour leader Kezia Dugdale was criticised during the campaign for prevaricating over the issue of independence.

She indicated that she could campaign for Scotland to leave the UK in circumstances that the UK left the EU, before going back on that statement.

Labour also adopted confusing messaging over its stance on independence, generally shying away from the constitutional debate, but occasionally reminding voters of the alliance it shared with the Conservatives in the Better Together No campaign.

Rowley refused to attack Dugdale over constitutional matters, saying that she had performed well in putting forward leftwing policies.

He also argued that a new federalist settlement would be beneficial for the UK.

He said: “The constitution in the UK is broken in my view, and we need to build a case for a federal system of government. When you look at strong devolution that is taking place within cities and regions, I think we are moving in that direction.”

The Scottish Labour party has an intellectual tradition supporting Home Rule going back to pioneering Scottish socialist Keir Hardie. However, this policy has never been enacted.

The party was key to campaigning for the creation of a Scottish Parliament before 1999, but has become associated with defence of the union since the Scottish independence referendum in 2014.