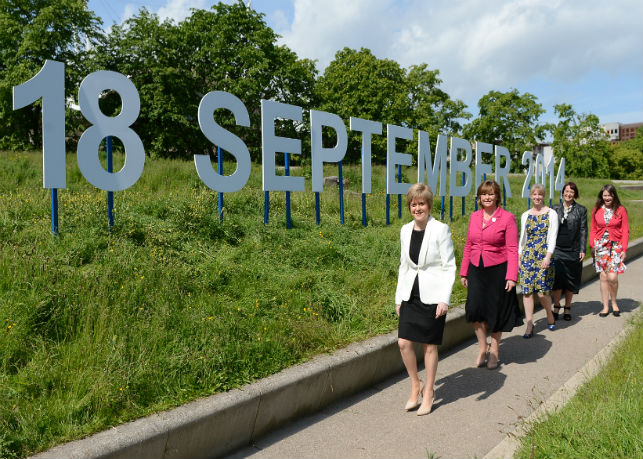 A LEADING Scottish Labour member of the House of Lords has said that ‘Brexit’ will broaden the support for independence in Scotland.

Speaking to CommonSpace after the UK voted to leave the EU by 52 per cent to 48 per cent, Foulkes, who campaigned for Scots to vote No to independence in the 2014 Scottish Independence referendum said that traditional divisions in Scottish politics could be re-organised by the EU Out vote.

He said: “The result of this EU Referendum could mean more EU supporters outwith the SNP might now opt to support an independent Scotland within the EU.”

Foulkes made the comments just before Scottish First Minister Nicola Sturgeon announced that a second referendum on Scottish independence was “highly likely”.

First Minister Nicola Sturgeon has said she will take all measures necessary to maintain Scotland’s current relationship to the EU, and said that “many people” had already contacted her to say they had voted No in the first Scottish Independence referendum, but would now change their minds.

Foulkes, who recently claimed that Scottish Labour had been harmed by its ambiguous position on Scottish constitutional issues, has called for the party to adopt a position in favour of a federal UK, wth ‘Home Rule’ or maximum devolution for Scotland.

Sturgeon maintained throughout the 2016 Scottish elections that there were circumstances which could lead to a second independence referendum.

The circumstance she most consistently cited was the possibility that Scotland would vote to remain within the EU while the UK voted by a majority to leave. This criterion has now been fulfilled, with Scotland voting ‘In’ by 62 per cent.

Foulkes, who was a leading pro-Europe figure in the Labour party, being a former chair of Labour Movement for Europe – Scotland, and who sits on the parliamentary assembly Council of Europe, was scathing of the In campaign’s leadership, which he said had led the UK into profound national and political instability.

“The referendum result heralds the beginning of the end of the most successful union for peace and prosperity,” he said.

“We now face chaos and uncertainty as other countries contemplate their future in the EU and with calls for another indyref in Scotland and pressure for a united Ireland,” he added.

“Cameron is principally responsible, having bowed to Eurosceptic pressure in a vain attempt to shore up divisions in the Tory party, entered a pathetic 'renegotiation' and led a negative & lacklustre campaign.”

Prime Minister David Cameron has announced his resignation, with a new leader of the Conservative party due to take his place by the party’s October conference.