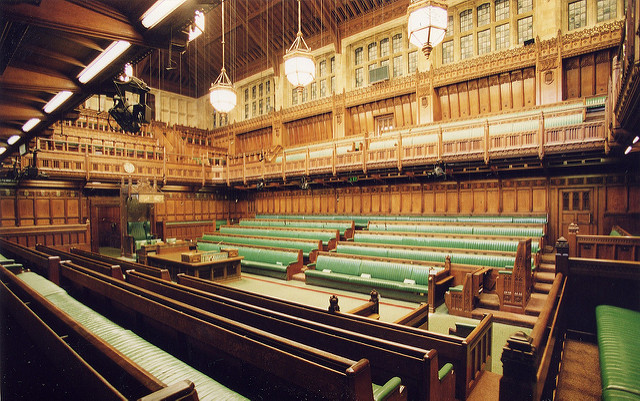 Faced with SNP outrage over ‘dereliction of duty’, Labour claims it was between a rock and a hard place

FOLLOWING OUTRAGE over its abstention from Tuesday’s EU Withdrawal Bill vote in the House of Commons, Labour have called for yet another round of negotiations between the UK Government, the Scottish Government and all of Holyrood’s parties, describing the SNP and Tories as engaging in “petty politics”.

With dissatisfaction already mounting over the mere 15 minutes permitted to discuss Clause 15 of the bill – provisions for which include the notorious ‘power-grab’, which the SNP have maintained would threaten the devolution settlement – and the fact that no Scottish MPs were permitted to speak, Labour’s abstention contributed to a UK Government victory by 321 votes to 40.

Blackford said: “For Labour to abstain on a devolution vote is gob-smacking. It is a complete dereliction of duty from the so-called party of devolution.

“History will remember this defining moment when the UK Parliament chose to reject devolution. This will haunt the Scottish Tories, and now Scottish Labour, for a generation.”

READ MORE: ‘Democratic outrage’: SNP MPs walk out of the House of Commons at #PMQs

While a number of Labour MPs and MSPs have defended the abstention, Scottish Labour did not respond to requests for clarification from CommonSpace over whether the parliamentarians statements represented the position of the party as a whole.

Anticipating an angry response from the SNP, Scottish Labour MP Ian Murray commented on Twitter that parliamentary procedure had left Labour with no other option: “Before the SNP start jumping up and down, this is Lords ping pong and if we were to defeat the Government on the compromise amendment from the Lords it would revert back to the unamended clause which everyone, including the Tories, thought was deficient. Ping pong is take it or lose it.”

“It is cheap & easy to take advantage of this, and simplify by saying ‘abstaining is bad’ when actually, sometimes it’s necessary.”

Shadow Scotland Minister Paul Sweeney MP argued on Twitter: “The choice was to vote for a Tory devolution amendment that was fundamentally flawed or vote against it, which would have meant reverting to the original draft of the EU Withdrawal Bill which was even worse.” Sweeney went on to point out that Labour MPs had tabled an amendment of their own, which was blocked by the Conservatives.

In the wake of a mass walkout by SNP MPs today, after the Speaker of the House refused Ian Blackford’s call for an emergency vote, Labour have now called on the UK and Scottish governments to convene in urgent talks to ‘improve’ the devolution deal from the Withdrawal Bill.

“Time has not run out for a deal to be struck.” Shadow Scotland secretary Lesley Laird

Despite Labour’s erstwhile backing for the Scottish Government’s Continuity Bill, its emergency alternative legislation aimed at protecting the devolution settlement from any post-Brexit power grab, Labour have warned against Scotland’s constitutional future being decided in the courts, implying that their support for the Continuity Bill could waver, if and when it reaches the UK Supreme Court..

In a new proposal endorsed by Scottish Labour leader Richard Leonard, shadow Scotland secretary Lesley Laird said that new talks should formulate a “memorandum of understanding” over how best to navigate the post-EU sunset clause period.

However, Labour’s suggested version of such a memorandum does still allow for the UK Government to act without the consent of the Scottish Parliament, should it have a “reasonable belief” that not acting would violate international obligations.

Laird said: “The public just want this mess sorted. This mess can still be fixed before Scotland’s two governments find themselves in a courtroom. Time has not run out for a deal to be struck.

“This issue is too important to be reduced to squabbling between two governments.

“This is a grown up approach to a complex issue. We need Scotland’s parties to put the interests of the people first, not their own narrow political agendas.”

This is not the first time Labour have proposed breaking the deadlock surrounding the Brexit ‘power-grab’ with further negotiation. When similar calls were made by Labour MSP Neil Findlay on 15 May, during the Scottish Parliament’s vote to withhold consent from the Withdrawal Bill, Scottish Green co-convener Patrick Harvie asked: “Would another series of meetings involving UK ministers actually force them to relent? Would they change their position? I doubt it.

“I am entirely sceptical that the UK Government will relent and change its position, and that is what needs to be changed. I see no evidence that it is about to change.That seems to me to be more like the magical thinking of those who are on the Labour front bench at Westminster.”